Dutch want their mussels free from micro-plastic litter, call on EU to act 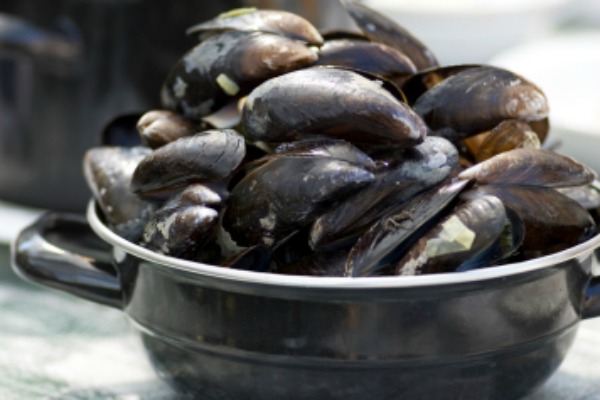 Toxic substances contained in micro-plastic waste can enter the food chain through ingestion by marine fauna like sea cucumbers, plankton and mussels, claim the Dutch, who will call on EU environment ministers to address the issue at a meeting today (18 June) in Luxembourg.

Micro-plastics, the Netherlands argues, find their way into marine ecosystems, resulting in a concentration of micro-plastics in water that are “sometimes higher than that of plankton”. These substances usually originate from industry, household products and cosmetics such as scrubs or toothpaste.

The trouble, the Dutch environment ministry argues, is that micro-plastics can absorb toxic additives like PCBs or DDT and can enter the food chain through ingestion by marine fauna.

The Netherlands will invite EU member states and the European Commission to “start a discussion” in order to address the issue, according to a note circulated ahead of today’s ministerial meeting.

“The findings of a recent study on plankton imply that micro-plastics can negatively impact upon zooplankton function and health if ingested in large quantities. Studies on mussels show the same result,” the Dutch said in the note to the EU Council of Ministers, invoking the precautionary principle to address the growing problem.

“Although there is a still a large degree of uncertainty, what we already know gives us cause for concern,” the Netherlands state. “In this case, the precautionary principle applies.”

Some cosmetic manufacturers like Beiersdorf, Unilever, Colgate-Palmolive and L'Oréal have already pledged to stop using micro-plastic scrub beads in their products, which would further justify an EU-wide ban.

“Since the cosmetics industry is already starting to take its share of responsibility, we would suggest considering a European ban on micro-plastics in cosmetics as a possible measure,” the Dutch said.

Mussels are found in large quantities along the Dutch coastline and the sustainability of the mussels industry is a serious issue in the Netherlands, as illustrated by a series of videos posted on YouTube by the aquaculture sector.

“Zeeuwse mosselen”, or mussels from the Dutch province of Zeeland, are a very popular and typical Dutch speciality seafood dish. According to the UN's Food and Agriculture Organization, the Dutch aquaculture sector produces 50,000 to 60,000 tonnes of mussels per year. 60 to 70% of the mussels are exported to Belgium and France.

Some restaurants offer certificates ensuring that Dutch mussels on their menu are sustainable.

The European Commission launched a public consultation (Green Paper) in March 2013, which aims to launch discussions about how to make plastic products more sustainable and reduce the impact of plastic discards on the environment.

The Green Paper mentions micro-plastics as one of the public policy challenges posed by plastic waste.

Micro-plastics are an important category of marine litter referred to in the EU Marine Strategy Framework Directive (MSFD), for which EU countries will have to develop targets and measures.