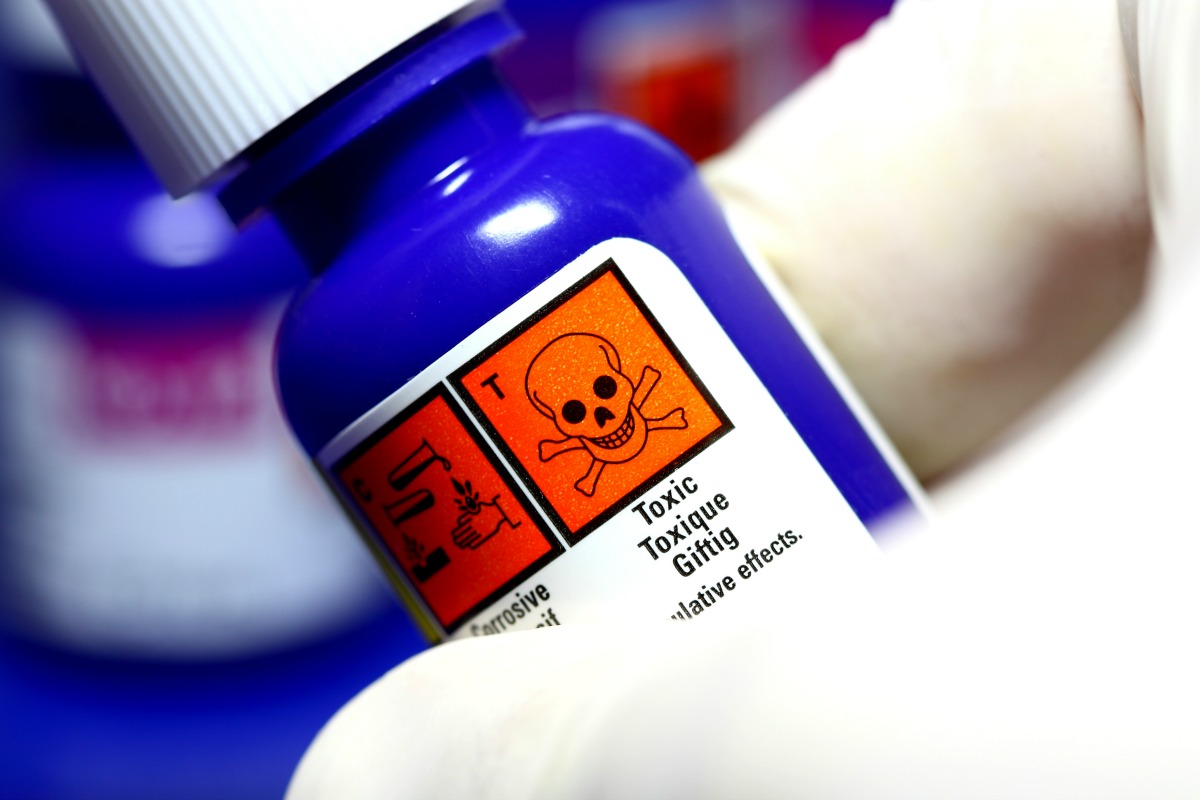 The online tool, which went live on Wednesday (20 January), seeks to close the knowledge gap about chemicals by offering simple information on up to 120,000 substances currently used in everyday products ranging from cosmetics to cookware.

It comes amid persistent concerns regarding industrial chemicals, which some scientists claim are responsible for rising rates of cancers and infertility.

The information provided by ECHA comes up in three layers of detail, which are specifically tailored for audiences with different levels of knowledge – ranging from laypeople to toxicologists.

“It’s now written in plain English whereas before it was a series of codes,” said Christel Musset, Director of Registration at ECHA, referring to the complex dossiers filed by companies under the REACH regulation on chemical safety.

Adopted in 2006, REACH requires the chemical industry to register thousands of substances, and substitute those posing an unacceptable risk to human health or the environment. Ten years after the adoption of REACH,  ECHA now claims to have one of the biggest regulatory databases on chemicals in the world.

“So far, all the information was the source data coming from the companies. We are now presenting this information in a much easier way. And that’s the brand new thing,” Musset told EURACTIV in a telephone interview.

The simplest level, called infocard, gives basic information on the hazards of chemicals. Users can read about the substances they are exposed to, where they are commonly used, whether they are hazardous and what precautions they might consider taking, the Helsinki-based agency explained.

Those interested in digging deeper can consult a “brief profile” of the substance, which gives more detailed information about the properties of each chemical. This is expected to be most useful for employers, workers, academics and regulators, ECHA said.

“Our target audience is the public at large, but the main users are indeed the informed users. And that could be the NGOs of course, but also medical doctors and the workers,” said Musset who mentioned that trade unions showed keen interest in the new tool.

According to trade unions, there is “a dramatic increase” in breast, prostate and other cancers which they claim are linked with workplace exposure to chemicals such as endocrine disruptors.

The European Chemical Employers Group (ECEG), the social affairs organisation representing the chemical industry in Brussels, praised ECHA for the “enormous exercise” of putting together the information.

“One of the biggest benefits is the easier access to the information about 120,000 chemicals for the downstream user. This shows that ECHA stays true to the transparency and traceability,” ECEG told EURACTIV in e-mailed comments.

Tiago Pedrosa, scientific officer at ECHA, said the data would include, for example, the types of products where the substance is used, and the exposure pathways or types of releases into the environment.

“Cosmetics are a good example, because the labelling of the composition is mandatory,” Musset remarked.

BEUC, the European consumer watchdog organisation, was not totally impressed. “Consumers have a right to be informed about the chemicals in their daily products. It is to be welcomed that the European Chemicals Agency is disclosing more information about chemicals in a reader friendly format.”

However, a truly helpful consumer information tool should not only disclose information on chemicals per product group, said Sylvia Maurer, Head of Sustainability and Safety at BEUC, adding: “This will not help consumers to identify if certain chemicals are used in a particular product they want to purchase.”

“As consumers will still not be able to know which products to choose – policy makers must take their responsibility seriously and take more efforts to phase out harmful chemicals from consumer products,” Maurer told EURACTIV.

ECHA somehow accepted the critcism, saying Europe should be “proud but not complacent” about its claim to global leadership in the regulation of chemicals. “By improving the transparency of the information, we would like also to encouarge the companies to update their dossier,” Musset said.

“This initiative by ECHA represents a further step in developing our knowledge about chemicals in Europe,” CEFIC told EURACTIV in e-mailed comments. “Whilst the information itself is not new, it is now organised in a very structured way, making it accessible to everyone from the general public to the expert toxicologist. This should help people appreciate the many benefits chemicals bring to society and recognise the continuous collaboration of industry and the relevant authorities, towards ensuring chemicals are handled safely.”

“Another very positive attribute is that information can be updated as new data become available. In this sense, there is an in-built capacity to continually improve on what ECHA has created today. “

More broadly, CEFIC praised the efforts deployed by regulators and industry to put the REACH system in place. “It has required a huge and continuous effort on the part of industry and the EU authorities, and the work is still very much in progress.”

“We believe REACH is working,” CEFIC said, adding it was now looking forward to the next formal review that will be completed in 2017. “That will be the occasion to really take stock of the current situation and to draw more concrete conclusions on the performance of the REACH regulation to date.”

Adopted in 2006, the REACH regulation requires chemical manufacturers to register some 30,000 or so substances currently on the market and submit them for safety screening and subsequent authorisation.

Those that are considered to pose an unacceptable threat to human health or the environment may be phased out and eventually replaced. Crucially, REACH places the burden on manufacturers to prove their products are safe before they can be authorised by regulators, according to the ‘no data no market’ principle.

In total, there are around 120,000 substances on the market, but REACH only applies to about 30,000 of them, which are produced in quantities above 1 tonne per year. By January 2016, an estimated 14,000 substances have been registered, meaning the process has gone halfway.

>>Read our full coverage on REACH