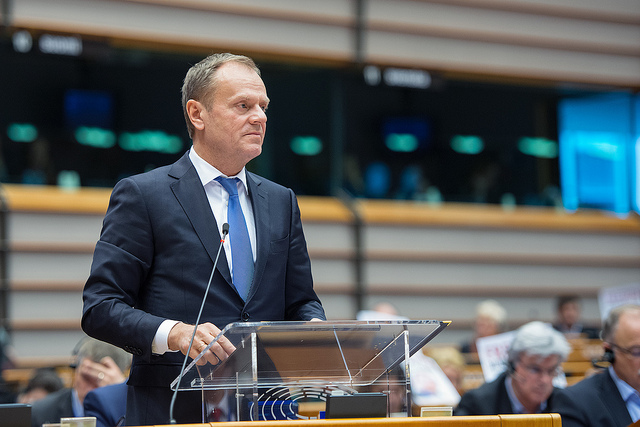 European Council President Donald Tusk yesterday told MEPs the UK deal could not be annulled by the ECJ. [European Parliament/Flickr]

The ‘emergency brake’ banning European Union migrants from claiming British in-work benefits – part of David Cameron’s deal to keep the UK in Europe – could be struck down by EU judges after the referendum, a leading legal expert has told EURACTIV.

The British Prime Minister has insisted that his reform pact with EU leaders is legally binding and irreversible, although yesterday (24 February) leading Tory MP Michael Gove said it was subject to the European Court of Justice’s (ECJ) approval.

Steve Peers is professor of EU law at Britain’s Essex University, writes extensively on his subject, and edits the EU Law Analysis website.

He has worked as a consultant for the European Parliament, the European Commission, the Foreign and Commonwealth Office, the House of Lords Select Committee on the European Union and the Council of Europe.

He said that while parts of the deal are legally binding and, in practice, can’t be changed, others depend on later implementation and can be reversed – including the hugely controversial benefits ban.

The brake, which is planned to last seven years, was likely to face legal challenges in domestic British courts on the grounds it broke EU law on discrimination between citizens, he told EURACTIV.

“It would have to apply to a particular case,” said Peers. “When this person, say a Polish plumber, is denied in-work benefits, he could take that to a British court.”

British judges could then refer the case to EU courts, for clarification on points of European law. Their decision would then inform a final UK judgement.

“The EU court would decide on that, and there is some chance the emergency brake would not go ahead if the EU Court struck it down. There is that possibility,” Peers said.

The only way to safeguard the brake from such court action would perhaps be through an act of UK Parliament exempting it from EU scrutiny, he added.

Even then that could only be legally possible if the brake did not apply to any other EU country at the time.

The emergency brake will also be made into EU law, under the terms of deal signed last week after marathon two day talks between EU leaders at the European Council.

Cameron had demanded the new rules as part of his price for campaigning for the UK to stay in the EU in the in/out referendum he promised before his election victory last May.

After a vote to stay in the bloc on 23 June, the European Commission will propose the bill.

Whether the brake only applies to the UK will only become more clear once that happens. The bill must ultimately be backed by the European Parliament to become law.

Expected support for the measure was thrown into doubt yesterday, after leader of the Socialists and Democrats group (S&D) Gianni Pittella said his MEPs would fight any “discrimination” in the draft legislation during a debate on the Brexit deal.

If ultimately passed by the European Parliament, the brake will come into effect once the Commission says its conditions are met. That approval was promised by the executive, as part of the UK’s package.

But once in practice, it would be open to legal action in the same way as any other EU law.

“The emergency brake would be a separate question of whether this ordinary EU law was in conflict with the treaties,” said Peers. 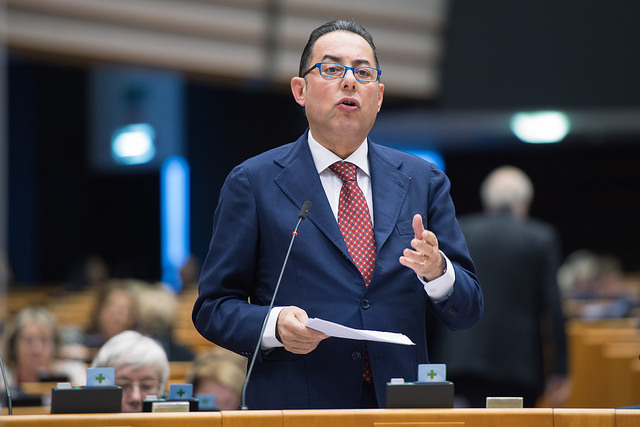 Members of the European Parliament today (24 February)  cast doubt on Prime Minister David Cameron’s deal to curb EU migrant benefits, raising the possibility of voting down the emergency brake after the 23 June referendum on Britain’s membership of the bloc.

The overarching package, including the brake, was signed by all 28 heads of state and government, and is binding under international law, according to Peers.

“But that doesn’t mean international law amends EU law,” said Peers, “So if there is a conflict EU law prevails.”

He was responding to Cameron’s justice secretary Gove, who supports Brexit in the 23 June referendum. Gove is a long-term ally of Cameron but defied the prime minister on Friday (19 February).

Shortly afterwards in Brussels, European Council President Donald Tusk told MEPs in the European Parliament that the deal as a whole could not be annulled by the ECJ, and was binding and irreversible.

Peers said, “The ECJ has the final say on the deal if someone comes along and challenges it under EU law. It will ultimately be the EU court that decides that but it might never be challenged, and there might be parts of the deal that are a problem and others that aren’t.”

Aspects of the package which essentially rehearsed the existing treaties, such as the UK’s opt-outs on Schengen and the euro, were safe as they repeated current law in different language, he added.

Cameron secured promises to enshrine certain parts of the package in the EU treaties at an unspecified future date.

But that does not include the emergency brake, and even if it did, would still be subject to unanimous ratification by all 28 member states.

British Prime Minister David Cameron told EU leaders on Thursday evening (18 February) that the ‘emergency brake’ to stop EU migrants claiming in-work benefits - a major condition for his support for the UK staying in the bloc - should last for up to 13 years.

Cameron fails to get EU Parliament assurances over emergency brake