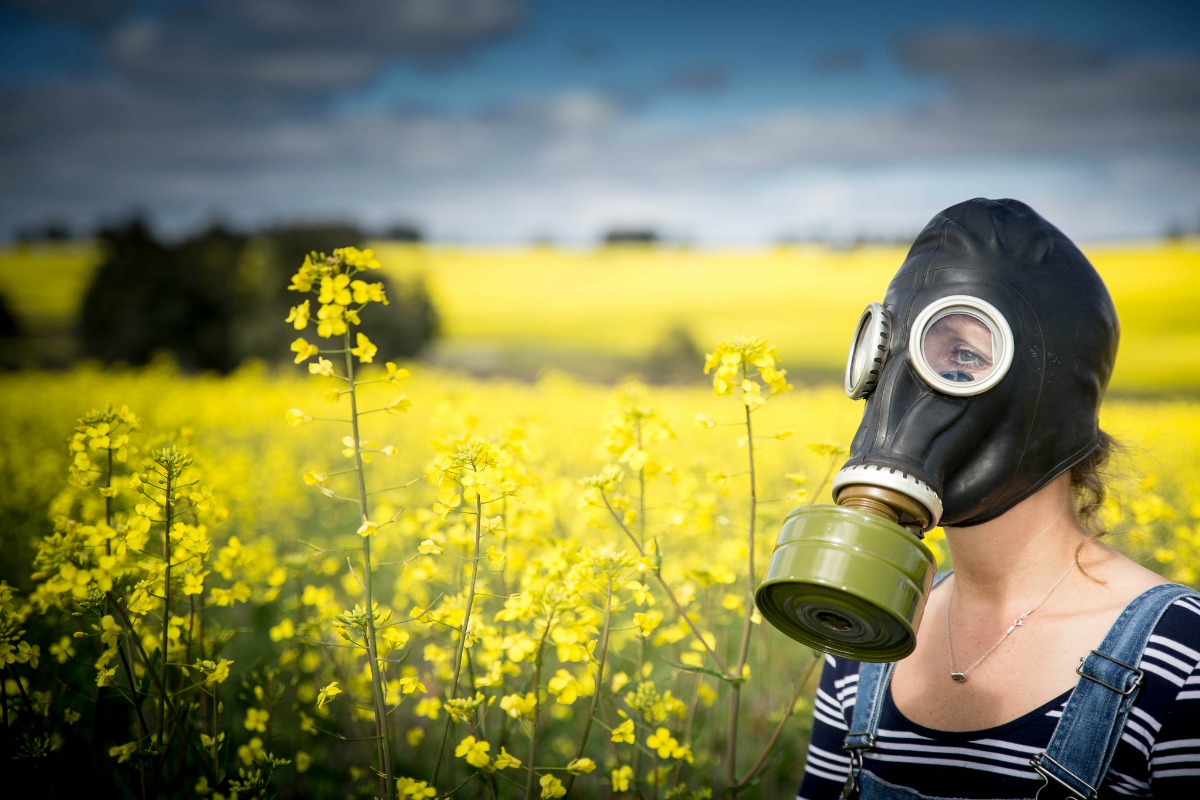 When nature gets unnatural, wear a gas mask. [Liam Wilde/Flickr]

Legislators on Wednesday (28 October) rejected by a huge majority a hard-won compromise that would have allowed member states to decide for themselves whether or not to import Genetically Modified Organisms for use in food and animal feed.

Parliament voted 557 to 75 against a law that took the European Commission years to negotiate, amid deep suspicions about the possible health and safety implications of GMO products.

The step was welcomed by the GM industry and green activists alike, albeit for different reasons. Green politicians say the Commission’s proposal would have facilitated GM authorisations, while the biotech industry said the rejection of the Commission’s “patchwork proposal” was positive.

The outcome, however, turned on a matter of principle ? allowing member states to ban GMO products would mean erecting barriers within the EU’s most cherished achievement, its single market of more than 500 million people.

“Today’s vote gave a clear signal to the European Commission. This proposal could turn on its head what has been achieved with the single market and the customs union,” said centre-right Italian MEP Giovanni La Via who chairs parliament’s environment committee.

La Via said the new rules ? first proposed in 2010 ? could have harmed EU agriculture “which is heavily dependent on protein supplies from GMO sources”.

“Finally, there are concerns over whether this proposal could even be implemented, because there are no border controls in the EU,” he said in a Parliament statement.

La Via stated previously that he believed existing legislation should be retained, with national bans excluded.

GMOs are hugely controversial in the EU, stirring sharp debate over their use and impact.

Some member states say they may carry as yet unknown health risks and are not necessary in any case, while others believe they are essential for the future, and to ban them would turn the bloc into a scientific backwater.

The Commission tried for years to bridge the positions, but eventually decided to offer member states an opt-out mechanism to end the impasse.

Those that want to grow and import GMOs would be allowed to do so, while those that do not, could ban them.

In January, lawmakers approved the opt-out legislation on cultivation and it is unclear what the next step is now after Wednesday’s vote to reject the same compromise on import and use.

Health Commissioner Vytenis Andriukaitis said in a statement that Europe found itself in a “very paradoxical situation”, as EU citizens were sceptical about GMOs, while livestock producers were dependent on GM feed imports for their animals.

“I regret that today MEPs have rejected the proposal. I feel this is a lost opportunity to give a concrete answer to a legitimate concern of European citizens,” he said.

Andriukaitis told the parliament earlier that in the case of a rejection, the Commission would continue to apply existing rules on approvals for GM food and feed imports. He said the proposed legislation would not be withdrawn and the matter will have to be discussed with ministers.

The rules have led to years of stalemate as member states have been unable to reach decisions. Critics say the system lacks legal certainty and any opt-outs under the system are vulnerable to court challenges.

The Commission said recently that 19 of the 28 member states had asked to keep GMOs out of their territory, creating a complicated patchwork even within member states themselves.

The situation is further complicated by ongoing talks on a massive EU-US free trade accord, with Washington backing GMO use and hostile to any restrictive measures on them.

So far only one GM crop is cultivated in the EU ? Monsanto’s MON 810 GM maize which has been bio-engineered to protect against a harmful pest.

There are also eight pending applications for GMO cultivation, including the renewal of the MON810 authorisation.

Additionally, 58 GMOs are authorised for import into the EU for food and feed uses.

EuropaBio, which represents GM companies, said the rejection of the Commission's "patchwork proposal" was positive. "If approved, such a proposal would undermine the internal market and farmers' livelihoods and set off alarm bells for any innovative industry looking to invest in Europe," Leticia Goncalves, chairman of EuropaBio, said in a statement.

Copa-Cogeca, which groups several major farmers organisations, also welcomed the result but on the grounds that the Commission proposals would have distorted trade while existing legislation was adequate. "Jointly, we believe that a timely application of the existing EU legislation will provide for the much needed legal and regulatory certainty for all operators," it said.

Greenpeace said it welcomed the vote "because the Commission's plan would have failed to provide additional protection of European citizens and the environment from the risks posed by GMO crops".

Green politicians say the Commission's proposal would have facilitated GM authorisations as regulators could argue that member states with objections were free to opt out. They say, however, it was legally flawed, a charge they also level at the existing system.

"We cannot persist with the current situation by which authorisations proceed in spite of flawed risk assessments and the consistent opposition of a majority of EU governments and, importantly, a clear majority of EU citizens," Green food safety spokesperson, MEP Bart Staes, said in a statement.

Ifoam EU, an umbrella organisation for the organic foods movement, said: “IFOAM EU commends MEPS for holding the Commission accountable for its promise to review the EU decision-making process on GMOs. Until the authorisation system becomes more democratic, the Commission will continue to disregard Member States and citizens’ concerns. GMO approvals will continue to lack legitimacy and will face the same controversies.”

In the EU, only one GM crop is approved for commercial cultivation: insect resistant maize, MON 810.