“The reaction to the British vote cannot be ‘business as usual.” “Europe needs change.” “Nothing would be worse than the status quo.”

Heartfelt catchphrases like those were heard all across Europe as EU leaders gathered in Brussels for a crisis summit earlier this week following Britain’s shock decision to leave the European Union.

Yet, business as usual is exactly what happened at the very moment those slogans were being uttered.

On Wednesday (29 June), as EU leaders were meeting for a second day of post-Brexit EU summitry, the European Commission did what it felt obliged to do, and decided to extend the licence of glyphosate for another 18 months.

This drew heavy criticism from the Greens in the European Parliament, who said the decision showed the Commission’s “disdain” for the opposition by the public and EU governments to the controversial toxic herbicide.

“As perhaps the first EU decision after the UK referendum, it shows the executive is failing to learn the clear lesson that the EU needs to finally start listening to its citizens again,” said Bart Staes, a Belgian Green MEP.

The European Commission has decided to extend the licence for glyphosate by 18 months, after member states failed to achieve a qualified majority in favour or against the executive’s proposal.

Glyphosate was first used in the 1970s as the active ingredient in Monsanto’s herbicide Roundup, which is now one of the world’s best-selling weedkillers.

The substance has come at the centre of heated controversy, with some scientific studies claiming the substance is harmless for humans – as long as used correctly by farmers – and others suggesting it increases risks of cancer.

Critics, led by Greenpeace and supported by large swathes of public opinion in countries like France, have called for the ingredient’s outright ban.

So the EU’s decision to extend the substance’s licence created immense frustration for all those involved.

But perhaps surprisingly, the irritation was most visible at the European Commission itself.

“Member states failed to take responsibility on glyphosate,” tweeted Enrico Brivio, the Commission’s spokesperson for environment, health, and food safety shortly after the decision was announced.

“The Commission regrets that no decision could be taken by the member states, in spite of its efforts over recent weeks to accommodate requests and concerns from a number of national governments, as well as from the European Parliament,” an EU spokesman told euractiv.com.

Brivio’s words illustrates the Juncker Commission’s exasperation at being singled out for a decision it sees as a collective exercise.

The frustration stems from the intricacies of EU decision-making, which in the case of pesticides involves a complex back-and-forth between national authorities and the EU executive, based on peer-reviewed scientific assessments made by the European Food Safety Authority (EFSA).

The final decision is left to the Commission, assisted by a committee of “experts” appointed by the 28 EU member states. A qualified majority is needed for any European Commission proposal to pass. This means a 55% majority of member states (16 countries) representing 65% of the total EU population.

When there is no majority for or against, the executive follows the opinion of EFSA, keeping with the principle of science-based decision-making. In the case of glyphosate, this means prolonging the authorisation until a new scientific review is concluded before the end of 2017.

For Greenpeace, the EU’s indecision on glyphosate illustrates its unaccountability, which helped fuel anti-EU sentiment in Britain.

“The Commission doesn’t publish how each country has voted, so it’s entirely opaque,” says Franziska Achterberg, food policy advisor at the Greenpeace EU office in Brussels. “Some member states, like Germany, continued abstaining in the committee. In the end, only France and Malta voted against,” she told EURACTIV.

“How do you explain these abstentions to the people?,” she wondered.

“Is there a lesson to be learned about the way Europe functions? Yes, certainly. There is an accountability issue here, for sure. It is perceived as if ‘Europe’ takes decisions somewhere but, nobody knows what’s happening in these meetings. If they want to address it, now is the right moment,” Achterberg said.

Remarkably, UK farmers themselves are drawing parallels between support for Brexit and EU indecision on glyphosate.

“The policymakers in Europe, with respect, they’re making policy for European farming, while British agriculture is so much more diverse and different,” said Ben Wray, a family farmer in Lincolnshire who spoke to EURACTIV on 22 June, just before the EU referendum.

“At the minute, they’re on about whether they’re going to ban glyphosate or not. Well, the French and German MEPs won’t vote for it, while everyone else, including Great Britain, want to back it.”

Jack Richardson, an arable farmer in Lincolnshire, argued along the same lines: “we’ve got the recent debate about glyphosate, which is obviously a topic for us. That doesn’t seem to be going particularly well, so with the possibility of leaving, maybe we could get a bit of control on that. That would be a good thing.” 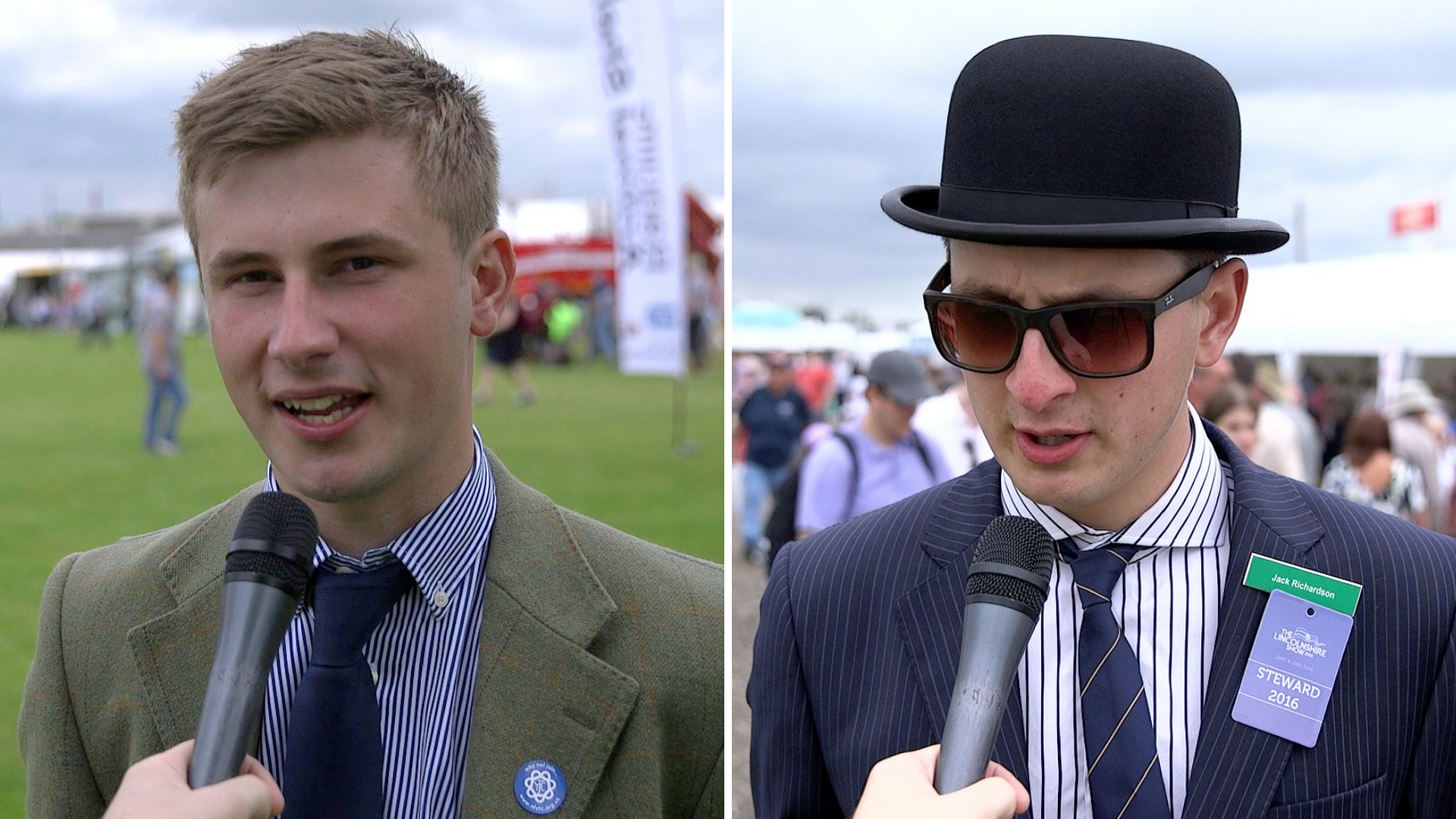 Luc Vernet from Farm Europe, a Brussels think tank specialised in agricultural policy, believes the EU’s muddling on glyphosate played a part in the Brexit vote among UK farmers.

“This file has been used by anti-European movements in the Brexit referendum as a concrete example of EU weakness,” says Vernet.

“It was the straw that broke the camel’s back in rural constituencies,” Vernet told EURACTIV.

Even the industry agrees that something is broken with Europe’s decision-making process on pesticides approval.

Graeme Taylor, spokesperson for the European Crop Protection Association (ECPA), says the decision on glyphosate was particularly damaging for the EU’s credibility because it “casts doubt on the rigorous approval system” put in place by the EU.

“This decision sets a very worrying precedent: what ought to be a predictable, science-based decision making process is being undermined by politics,” Graeme said.

But whereas ECPA insists on science-based policymaking, based on the assessments made by EFSA, Greenpeace also underlines the need for greater political accountability from the Commission.

According to Achterberg, the glyphosate saga echoes broken promises to democratise the GMO approval system, which follows the same process as pesticides. She points to a vote on GM maize 1507 in February 2014, which drew opposition from 19 EU member states.

This was “a stark reminder of this glaring democratic deficit,” wrote Greenpeace and other NGOs in a letter to the Commission President Jean-Claude Juncker, saying this “not only undermines citizens’ trust in the GM crop authorisation system, it [also] compromises the democratic credentials of the EU as a whole”.

“When Juncker came to power, he promised the Commission would revise the comitology procedure to better reflect member states’ positions, but they haven’t touched it,” Achterberg told EURACTIV, referring to the Political Guidelines of the EU executive.

“It’s gone out of control,” she told EURACTIV.

But the European Commission rejects suggestions that it is hiding behind bureaucracy. “The Juncker Commission is a political Commission,” Brivio said, explaining that political oversight has been enhanced on a series of issues dealt with under comitology.

“The Commission takes, as much as possible, political and not only technical or bureaucratic decisions on issues which are of major importance and interest to our citizens,” Brivio said.

Luc Vernet agrees however that the glyphosate approval saga raises questions about accountability.

“On the Glyphosate issue, the Commission tried not to endorse the political responsibility,” said Vernet who previously worked as a staff member for Dacian Ciolos, the EU’s previous agriculture Commissioner.

However, he believes sensitive issues like glyphosate or GMOs can only be dealt with if the political aspects are clearly separated from the technical and scientific evaluation process. What should be regulated, he said, is not the substance itself but the uses of it, according to risk-based criteria.

“EFSA is the key. What’s not working today is the lack of trust in the evaluation process done by EFSA. Let’s give ourselves the means of bringing back trust in that process,” he said.

“Everybody knows glyphosate is a dangerous substance,” Vernet told EURACTIV. “But in the end, these files cannot be political and should remain technical otherwise they are exploited by all kinds of populism from both sides and we fall into irrational field.”

Glyphosate is unlikely to cause cancer in humans, according to the European Food Safety Authority (EFSA), which proposed higher limits on Thursday (12 November) on the amount of residue of the weedkiller deemed safe for humans to consume.