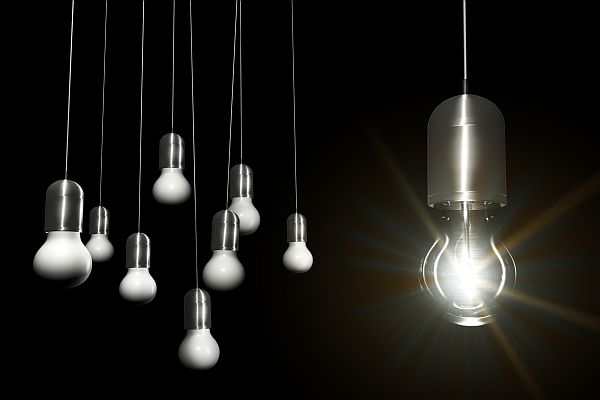 This article is part of our special report Industrial Policy.

SPECIAL REPORT / Innovative technologies will form the core of a new industrial policy that the European Commission will put forward next month. But its success relies on a sharp increase of the EU's budget, which will be a hard sell for cash-strapped EU nations struggling to contain their budget deficits.

The European Commission wants to see research funds boosted to €80 billion in the EU's next seven-year budget (2014-2020).

By its own admission, the Commission's renewed focus on innovation is based on past failure. In recent years, Europe has witnessed the production of emerging industries like solar photovoltaic cells move elsewhere.

“Although the EU solar panel market makes up some 77% of the world market for photovoltaic energy and over 30% of the relevant patents are European, only 13% of the production of solar cells is in Europe,” the Commission admits in its draft communication on industrial policy, to be published on 10 October.

“The situation is worse in lithium batteries where the European firms hold over 30% of the relevant patents and 0% of the world production,” it adds.

Innovation is safest route for Europe

Policymakers' focus on innovation is as pragmatic as aspirational. With relatively high labour and energy costs, and high indirect taxation, Europe needs to find technologically sophisticated markets to maintain its market share, and boost productivity in these sectors.

A consultation exercise carried out by the Commission before formulating the new communication showed that one of the biggest hindrances to the European development of innovative technologies was “uncertainty regarding the future evolution of new markets” which has the chilling effect of “denting confidence and holding back investments”.

Hence the focus of the strategy paper on six sectors including wholly new industries – such as 3D printing – and existing markets, such as electric cars and smart grids.

What the initiative will actually add up to is less clear, however. The Commission is advocating increasing standardisation, better linking complementary industries (smart grids and electric cars, for example), and creating task forces to break through the policymaking silos that have hindered such efforts in the past.

It’s mostly about the money

Key to the success to any policy will be funding, as the paper makes clear.

“Public-private partnerships can provide the funding for such initiatives in the framework of 'Horizon 2020' [the Commission's proposed research programme for 2014-2020]. Risk capital funding from private sources as well as cohesion policy and European Investment Bank instruments can also be utilised,” it says.

The draft Horizon 2020 research framework programme does indeed chime with the aims of the industrial policy: it too stresses increasing the budgets for innovative and key enabling technologies, promoting ‘clusters’ of companies, and offering innovative industries less bureaucratic access to EU funds.

One clear drawback is that Horizon remains – with the rest of the EU budget – subject to political negotiations.

The European Commission and Parliament want to see research funds boosted to €80 billion in the next seven-year budget, called the multi-annual financial framework, or MFF in EU jargon.

That figure, along with an increase in regional funds, is reflected in the Commission’s proposal for an overall budget of some €1 trillion.

This is contested by the purse-holding member states, which argue that increased spending is not tenable and want a real freeze in the size of the budget, which would carve €100 billion from that figure, imperilling the Commission's grand ambitions on research.

So the value of the new Industrial strategy will depend to some extent on the outcome of the broader budget debate.

On the uncosted issues, such as cutting red tape, the EU will need to demonstrate a will to deliver more than words. Whilst on structural issues, business will welcome attempts to break silos and create new partnerships, but warily.

“Vertical structures to such as innovation partnerships might help to make innovation policy more coherent, but business should have a place in these structures,” warned Orgalime, the European Engineering Industries Association, in its response to the consultation.

Cercle de l’Industrie, which represents the executives of major French industrial groups, called on the European Commission and member states to send a clear signal in favour of innovation.

“More especially, the European institutions are invited to set RDI policy as a main priority within the 2014-2020 financial framework and to maintain adequate levels of funds, as proposed by the Commission," a paper from the French industry group said. "Furthermore, the European institution should set a policy framework fostering the commercialisation of innovative products, notably through the adoption of the EC’s new proposals for the public procurement directives,” the paper concluded.

“A future oriented Industrial Policy has to start from the challenges revealed by globalisation and those in the financial crisis. It has to be based on research and education, and industrial policy merges with innovation policy,” according to Professor Karl Aiginger, of the Austrian Institute of Economic Research. Innovation systems are superior if they actively draw from the common international knowledge pool, thus integrating international researchers and also migrants and newcomers are  important,” according to Aiginger’s working paper on industrial policy, published earlier this year.

“To compete in the global arena Europe needs to invest more in innovative products and sustainable processes,” said a joint statement (4 July 2012) issued by the Italian and German employer’s groups Confindustria and the Federation of German Industries (BDI). “EU funding for research and innovation should be raised to 8% of the EU budget and member states should strive to invest 3% of GDP in research.”

“Our economy as a whole is undergoing major transformation. I agree with Vice President Antonio Tajani that a new industrial revolution is under way, Giorgio Squinzi, president of Confindustria and of Cefic, the European chemicals manufacturers' organisation, told a conference in Brussels (29 May 2012).

“Europe needs to increase its research and innovation investments, while ensuring adequate protection of intellectual property rights (including trade and business secrets),” Philippe de Buck, BusinessEurope director general, said in a letter sent in late July to Industry Commissioner Antonio Tajani. “Policy solutions are urgently needed to bridge the gap between research and market deployment, to support, maintain and strengthen European leadership in enabling and industrial technologies, including those required to address the societal challenges.”

Commenting on the position paper, the Party of European Socialists (PES) Group President Karl-Heinz Lambertz, said: "Experience has clearly shown that there cannot be growth without a strong industrial policy, and likewise, a strong industrial policy is not possible without strong structural funds. Therefore, instead of simply reallocating structural funds, a European agenda for growth must be based on a real strategy for industrial renewal in Europe and on a multi-level governance approach.”

In 2010, the European Commission launched a flagship initiative called 'An integrated Industrial Policy for the Globalisation Era', under its 'Europe 2020' strategy for sustainable growth. This set out a new approach to industrial policy emphasising the importance of industry to the economy.

Since then the EU economy has continued to tailspin in the crisis. At the end of June this year, industrial production stood at 10% lower than its pre-crisis levels, and more than three million industrial jobs have been lost.

Following a consultation launched earlier this year, the Commission will publish a new communication – called “Industrial Policy Communication Update – a contribution to growth and economic recovery” – on 10 October.