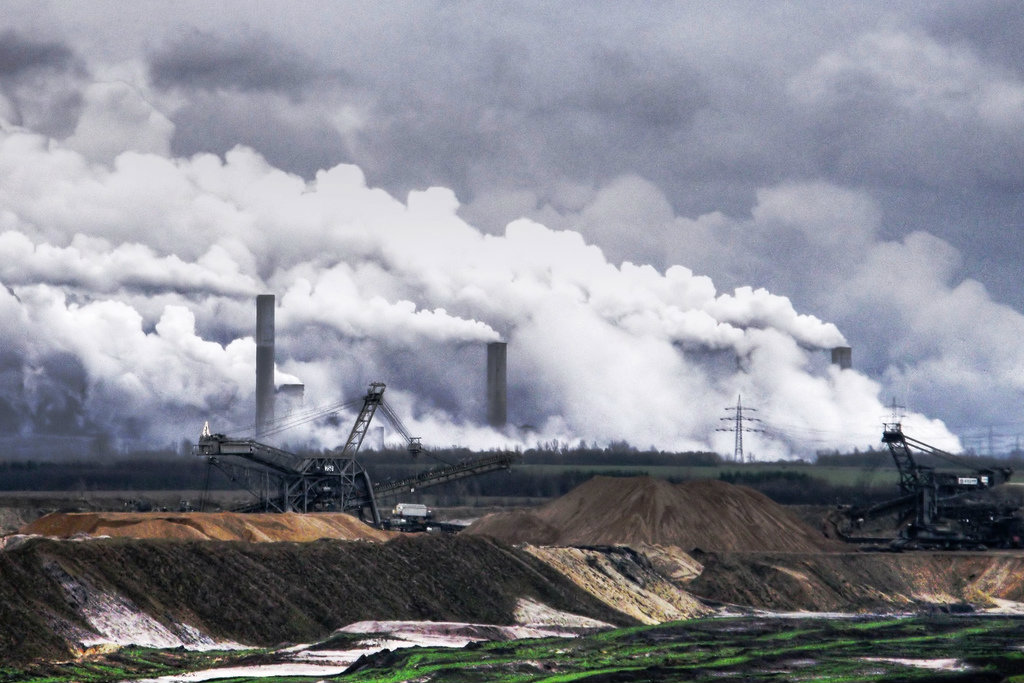 While the world’s fossil fuel reserves are already limited, new research published in Nature magazine argues that these energy sources should already be out of commission, in order to salvage a 50% chance of stopping global warming. EURACTIV Germany reports.

When these are burned to generate energy, CO2 is created – a greenhouse gas that absorbs the earth’s heat radiation before it can escape into outer space.

There is at least a 50% chance that global warming could be reduced to pre-industrial levels, said researchers Paul Ekins and Christophe McGlade.

But keeping global temperatures at such tolerable levels, can only be achieved if exploitation of these fuels is given up, they indicated.

Only one-third of fossil fuel reserves can be tapped

At the moment, 2,900 gigatonnes of fossil fuel reserves worldwide are technically and economically recoverable. But as earlier studies have already calculated, only around 1,100 gigatonnes of carbon-dioxide can be emitted while still upholding the 2° climate target.

This means leaving a large amount of reserves untouched, a painful move for countries that are economically dependent on their fossil fuel resources.

With the help of computer models, the researchers illustrate which regions must considerably reduce their output. To do this, they use a variety of data including from the German Federal Institute for Geosciences and Raw Materials, the International Energy Agency and the Global Energy Assessment.

Middle East must abandon half of its oil reserves

Taking into consideration the respective regional costs of extraction and assumed future technological development, the researchers then calculated which resources could be extracted the most cost-effectively.

The outcome showed the Middle East would have to leave about half of its recoverable oil reserves – around 260 billion barrels – in the ground. But the United States and Australia would have to give up 90% of their currently recoverable coal resources.

China, India, Africa and the Middle East, would also have to significantly limit their extraction of unconventional gas.

Meanwhile, extraction of fossil fuel reserves in the Arctic should be avoided completely, the researchers write.

“A question of compensation”

Although the study is not the first of its kind, its strength is in detailed division of regions, Michael Jakob and Jérôme Hilaire from the Potsdam Institute for Climate Impact Research wrote in a commentary on the Nature study.

The formulated target for poor countries, whose poverty could grow due to a stricter climate policy, raises certain concerns, the researchers write.

“Given the crucial role of energy in economic development, how can countries be convinced to forgo the use of fossil fuels if this is perceived to imperil primary policy objectives such as poverty reduction?” asked Jakob.

For this reason, successful climate policy comes down to compensation, that affected countries could receive from an international fund, he said.

But to do this, industrialised countries would have to create large incentives, the two researchers argue.

A study by the German Federal Institute for Geosciences and Raw Materials shows that as it stands, a large part of worldwide non-renewable energy resources is still available.

Despite predicted increases in demand, particularly due to population and economic growth in developing countries, natural gas and coal could still be supplied for many decades. 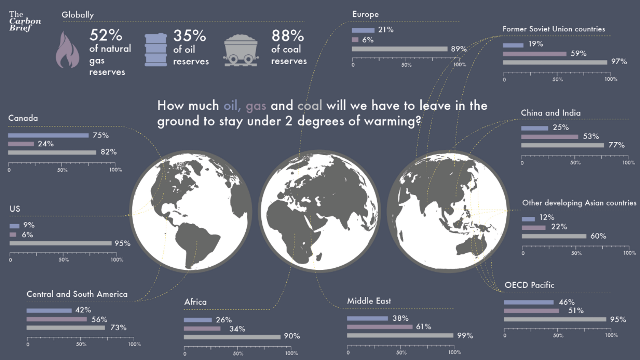 How much oil, gas and coal must stay underground?

Wendel Trio, Director of Climate Action Network Europe, said, "New research confirms that significant share of Europe’s fossil fuel reserves, including most of its coal, has to stay under the ground. This is the only way that will allow us to keep global warming well below two degrees. To solve climate crisis, by 2050 we have to stop burning fossil fuels and power our societies exclusively from renewable sources of energy.

"For Europe this means an enormous paradigm shift in energy system. Energy system should no longer be based on a few fossil fuel companies who make profits while harming climate and health, but rather on communities, citizens and businesses producing their own energy from local and renewable sources.

"The new global climate deal to be signed at the UN summit in Paris this December has to reflect the goal to keep global warming below two degrees. Around 100 countries already support the goal of phasing out carbon emissions by mid-century. The agreement in Paris can accelerate the ongoing transition from the fossil-fuel era to a renewable, climate friendly future."

"Carbon Tracker recommends, therefore, that policymakers and investors apply greater scrutiny to the viability of future fossil fuel investments, in particular into coal projects, that could become stranded assets in the future."

International negotiators at the Lima climate change talks have agreed on a plan to fight global warming that would for the first time commit all countries to cutting their greenhouse gas emissions.

The plan was hailed as an important first step towards a climate change deal due to be finalised in Paris next year. The proposals call on countries to reveal how they will cut carbon pollution, ideally by March next year.