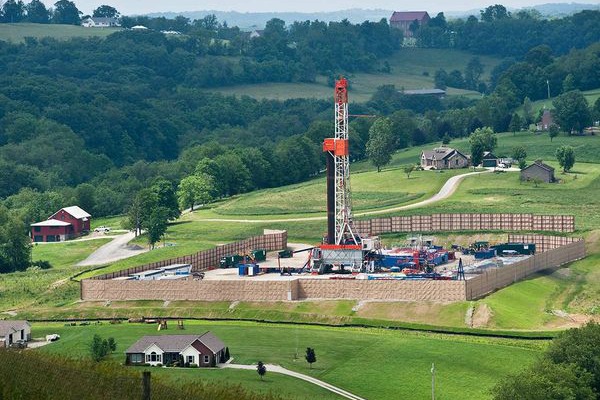 EXCLUSIVE / The European Commission has begun legal proceedings against Poland for amending its national laws to allow shale drills at depths of up to 5,000 metres without first having assessed the potential environmental impacts, EURACTIV has learned.

In June, Brussels sent Poland formal notice that it was opening a case against it for infringing the Environmental Impact Assessment (EIA) Directive.

If Warsaw does not now satisfy the Commission’s concerns by the end of August, the case will begin a several-month journey that could end at the European Court of Justice (ECJ).

Poland says that an amendment to its EIA law in June 2013 limits shale drills in ‘sensitive’ areas such as Natura 2000 sites to 1,000m.

But “as shale gas reserves in Poland are located mostly at a depth 1,000-4,500m and the ‘sensitive’ areas cover only 23% of the Polish territory, the new thresholds de facto exclude most shale gas exploration projects in Poland from the scope of the EIA Directive,” Joe Hennon, a spokesman for the environment commissioner, Janez Poto?nik, told EURACTIV.

This law obliges shale gas producers to analyse and report on factors including volumes of water used, numbers of wells created, and the environmental impact of heavy truck traffic to and from shale sites.

The location of projects and risk of accidents also have to be accounted for, particularly in forests and densely-populated urban areas.

European firms have little experience of hydraulic fracturing – or fracking – to extract shale gas, and “studies indicate that this technology creates high risks of groundwater and surface water contamination, as well as risks to air quality and biodiversity,” Hennon said. He added that governments planning shale drills needed first to address these “essential and relevant criteria” under EU law.

If European states choose to snub directives from Brussels, the ECJ has the power to levy substantial penalties. It rarely does so but Belgium, for instance, was recently fined €42,000 a day for not correctly implementing an energy efficiency directive.

“Fines take into account the GDP of the country and its ability to pay,” an EU official said

The new shale gas case will be closely watched, partly because the EIA was the only one of the EU’s 11 climate and environment laws that Poland fully transposed into its national statute on time, according to an analysis by the green legal group Client Earth.

Pawe? Mikusek, a spokesperson for Poland’s environment ministry told EURACTIV that the Commission’s letter was still being analysed in Warsaw ahead of a formal response.

But the original amendment to Poland’s EIA law had been “aimed at speeding up exploration and searching for shale gas,” he said.

“When investors which had agreed concessions and [complied with] all environmental agreements, decided after their own analysis to change their location a little bit, they needed to start the whole [environmental risk assessment] procedure again, which was prolonging the exploration process,” Mikusek said.

Poland’s ambition to use shale gas as a lever to increase its energy independence from Russia has been hit by the pull-out of big industry players such as Marathon Oil, ExxonMobil and Talisman.

Earlier this year, the country’s Supreme Audit Office reportedly accused the Polish environment ministry of being “unreliable” and moving so slowly that it would take 12 years to assess the country’s shale gas potential.

A few months before that, Poland’s prime minister Donald Tusk sacked his environment minister Marcin Korolec, in a move which he said was “about radical acceleration of shale gas operations”.

Lobbying by Poland and the UK is thought to have stymied a directive regulating shale drills that the Commission’s environment directorate had planned to include in its 2030 climate and energy package of EU legislation, announced in January.

At the time, EU officials insisted that strong non-binding recommendations could ultimately be more effective than a weaker directive with legal force.

But the Commission has confirmed to EURACTIV that only one (un-named) member state responded to a July 28 deadline in the proposal for submitting minimum environmental principles and measures relating to future shale gas activities.

That country sent in what the Commission calls “an informal note”.

These states have until the end of the year to inform the Commission of their plans, ahead of a review which could make the recommendations legally enforceable in 2015.

Antoine Simon, a spokesman for Friends of the Earth Europe said that the quiet from member states – and the Commission – on 28 July was not surprising.

“The non-binding nature of the recommendations is creating a legal grey area that is exploited by companies in pro-fracking countries, at the expense of local communities and the environment,” he said.

Marcus Pepperell, a spokesman for Shale Gas Europe sent EURACTIV the following statement: “Mr Hennon’s comments on high risk are misleading. DG Environment will be very aware that the Commission advocates the development of a shale gas industry within an environmentally sustainable framework where risks can be mitigated by the careful management of the technology (EC Recommendation, January 2014). There are also many independent studies from a broad array of leading academic and institutional organizations that support this position ensuring that public health, climate and the environment can be safeguarded without compromising the competitive exploration and development of shale gas projects."

It is mined via hydraulic fracturing, or ‘fracking’, the process of breaking apart layers of shale by horizontally pumping liquids and a number of volatile and toxic chemical additives under high pressure thereby releasing trapped gas reserves.