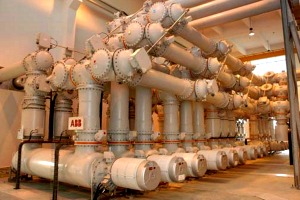 EXCLUSIVE / Better insulation could shave 4% off European industry’s total fuel consumption and emissions bill, a sum worth €3.5 billion a year, says an unpublished report by the Ecofys consultancy.

The total cost-effective energy savings potential amounts to 620 petajoules (PJ), the equivalent of 37 million tonnes of CO2 emissions, according to the paper, ‘Climate protection with rapid payback’, which is due to be published next week.

"The lack of awareness of the energy savings potential of industrial insulation is surprising all around,” said Andreas Gürtler, director of the European Industrial Insulation Foundation, which commissioned the research.

He added: “To tap this large economic potential delivering competitive advantage combined with energy and CO2 savings, a dedicated implementation of article eight of the energy efficiency directive on energy audits is inevitable.”

The study estimates the initial investment costs of insulating bare industrial surfaces and repairing damaged industrial insulation at about €900 million. But the payback times for the majority of such investments were under one year, and sometimes just a few months.

Around 10% or more of the industrial insulation in Europe’s industrial plants is estimated to be uninsulated or covered with damaged insulation. Remedying this would slash industrial energy consumption by 3%.

"When we talk about insulation people usually think about buildings and fridges but a lot of heat is lost in industrial processes because piping and other equipment are not insulated at all, or are insulated insufficiently," said Kornelis Blok, a science director for Ecofys.

"If you look at it from the energy conservation perspective, a much higher degree of insulation – sometimes double or triple the original amount – is justified on a cost-benefit basis alone," he told EURACTIV. "It makes economic sense."

But this means that the maximum energy efficiency or cost-effectiveness of insulation systems are rarely considered.

Some firms have publicly embraced the cost-effectiveness of energy savings as part of an industrial competitiveness strategy. At the Warsaw climate summit last week, Philips announced that iLED lighting would use 30% less energy in 2020 than they had in 2006.

The company also plans to halve the number of incandescent light bulbs on the global market from 12 to 6 billion by the decade's end.

“We should remember that Europe will never produce the cheapest energy so we should lead in consuming the least energy,” Harry Verhaar, the director of Philips Lighting’s energy and climate change division told EURACTIV.

According to Philips, a global switchover to LED technology had brought an average 40% energy savings since 2006, the equivalent of €128 billion a year and 670 million tonnes of avoided CO2 emissions.

Industrial insulation and upgrading in particular would avoid about 66% of current industrial heat loss, the Ecofys report says. If insulation experts were involved in the planning process of new builds early in the process the increase in space entailed would help the industrial renovation process.

As examples of best industrial practice, the report cites:

The Ecofys methodology involved establishing a minimum cost-effective pathway between increasing investment costs due to insulation, and decreasing costs from heat loss.

Ecofys is a Dutch consultancy specialising in renewables, energy efficiency and carbon emissions, which has produced research for the European Commission, national governments and several private sector companies.

The European Commission proposed the Energy Efficiency Directive in mid-2011 as part of the effort to achieve this goal. The European Parliament and Council, together with the Commission, reached a deal on the proposed directive in June 2012.

Member states must present their energy efficiency targets and the set of measures they will implement to reach their targets by April 2013. If member states do not collectively set the EU on its path to achieve 20% energy savings by 2020, they will have to re-assess their measures and targets or risk penalties.