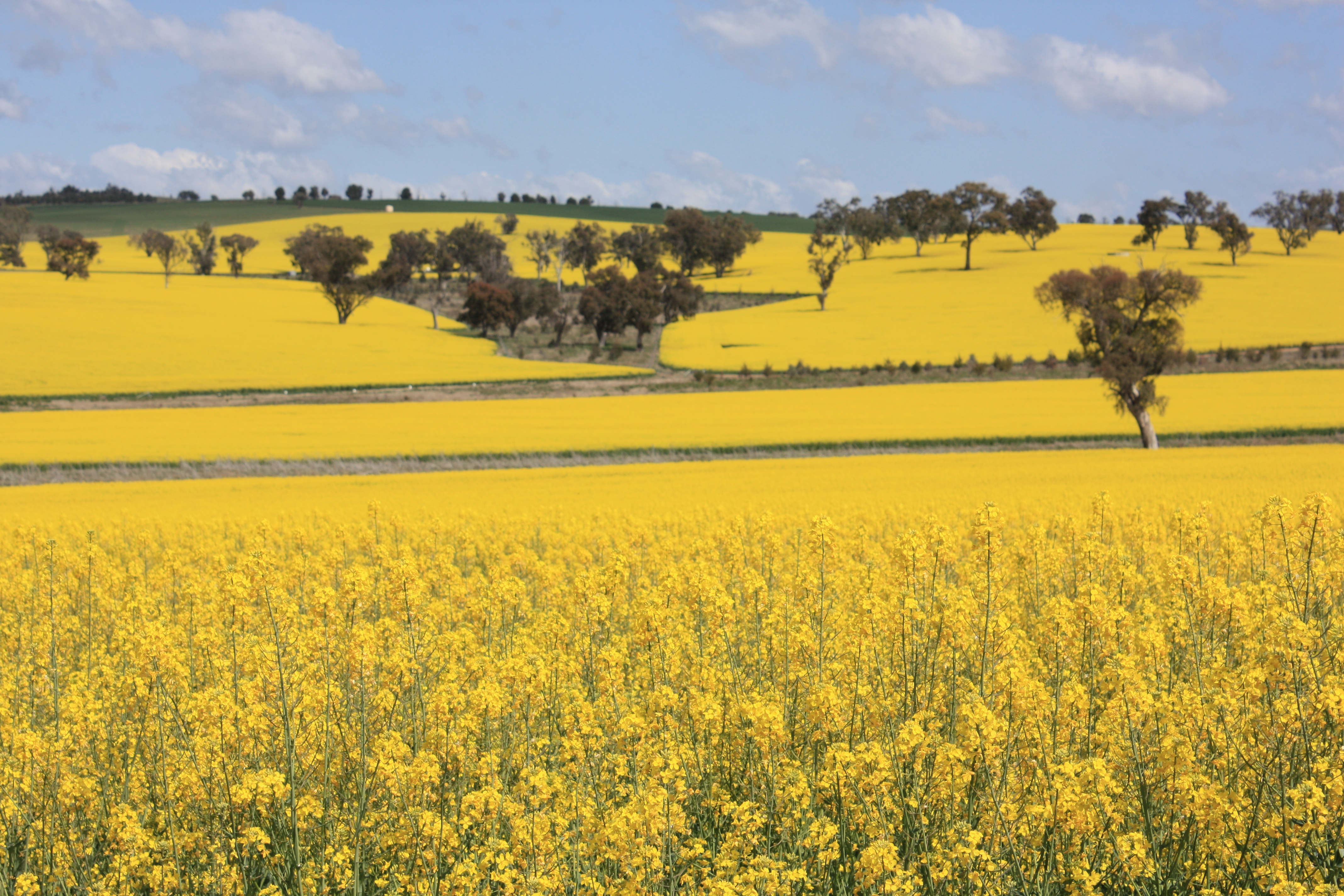 European legislation should not continue to stigmatise plant breeding techniques, which have been used successfully to cultivate herbicide-tolerant canola. [Jan Smith/Flickr]

The European Commission is set to guide the regulatory fate of new biotechnologies crucial to the future of plant breeding. To meet such agricultural challenges, we need a product-oriented, flexible and adjustable regulatory system, write Klaus Ammann and Marcel Kuntz.

Klaus Ammann is professor emeritus at the University of Bern, and Marcel Kuntz is Director of Research at CNRS, Grenoble.

New methods of influencing genetic traits in diverse organisms are set to become available at an increasing speed and low cost. Before, plant breeding was divided into GMOs and non-GMOs, focusing worldwide (with rare exceptions) on processes. EU regulation deals with direct DNA transfer creating transgenic organisms, defining it as a legal object called a “GMO”, which is altered in a way which does not occur in nature.

We argue that future inclusion or exclusion of “gene editing” technologies from present day GMO regulation is building on a flawed conception of GMOs.

EU regulation based on misconceptions

Generally, the molecular processes of modern technologies are copied from natural ones, a view promoted for many years by Werner Arber, a Nobel Price recipient. This is why a separation between plants originating from natural against unnatural breeds has its pitfalls and is basically wrong – since many naturally occurring transgenic plants exist, amongst them the sweet potato.

Another misconception is that crops with herbicide resistance obtained by natural mutation, or by artificial mutation through chemistry or radiation, are excluded from the regulation for political reasons.

While the current EU regulation was meant to allow the use of biotechnology when proven safe, it has encouraged political polemics and stigmatisation, disinformation at a massive scale (unprecedented in the democratic world) and ultimately denied farmers the freedom of choice and scientists academic freedom, not to mention the shameless exportation of these problems to poorer countries.

In recent years, many important public institutions and researchers called for a new product-oriented regulation. “Product” should not be understood as the DNA construct, but as the final product which goes on the market (farmers and consumers do not buy “DNA products”). Globally, dozens of scientists and academies (such as the European Academies, EASAC) and others (e.g. UK House of Commons) are explicitly calling for a shift towards product-based regulation.

Some of these new methods are applying micro-mutations at very precise genomic locations. In addition, these methods are becoming simpler and cheaper. There are regulators such as the German Consumer Protection Association (BVL) and Swedish scientists which call for the exclusion of such “gene editing” from the GMO regulation as long as such crops do not contain any “foreign” DNA. These arguments are derived from the analysis of regulatory paragraphs and present day molecular knowledge. This is a view with some merit, but which actually neglects existing potential risks which are, admittedly, low, but not non-existent.

In addition, following this logic, focusing again on DNA structures would make some fall back into the old stigmatising regulation, with all the drawbacks listed above. Moreover, it is justified to say that it is practically impossible to give a clear definition of GMOs. Others have written about the “nonsensical GMO pseudo-category”, a parallel to the failed attempt to genetically define human races. Similarly, it will be difficult to define “foreign” DNA.

All these considerations mean that it is easy to predict that such a mixture of de-regulation/regulation of NBTs will encourage unnecessarily bitter disputes. Opponents have already opened new lines of argument, calling for strict moratoriums and the in-discriminatory inclusion of all NBTs into a regulatory regime.

It is obvious that opponents (some generously funded by European public money) will succeed in propagating fears over non-regulated NBTs, which will be called “hidden GMOs” as is already the case for mutagenised crops such as some HT sunflowers (some fields have already been vandalised in France).

It will indeed be difficult for non-experts to understand why decades-old GMOs are still regulated, with their regulation even strengthened or their marketing bluntly banned by the European Parliament, leaving aside science, in contrast to the advice of the European Food Safety Authority. In the meantime, novel biotechnologies should only be regulated partially.

Focus on the benefits

The benefits of modern breeding do not mean that we should remain in the old-fashioned techno-fix age and focus alone on the belief that technology will be the alpha and omega of progress in agriculture. There are plenty of data-filled papers and reviews demonstrating that the ultimate success of an introduction of new biotechnologies depends on many other factors, such as production structure, farmer lifestyle, family structure, crop ecology, landscape ecology, historical elements, as well as tradition.

We have a dream

What we actually need is a global regulatory system built on the best scientific knowledge (which evolves with time), including a possibility to differentiate according to the magnitude of risk impact related to applied technologies.

The political implication should not always be limited to more regulation, bans and bargaining over modern agriculture. At a time when many have doubts about Europe, European policy should rather be about lifting political barriers, dropping unscientific stigmatisation and shedding light on factors that will allow modern agriculture to meet the agricultural challenges facing the 21st century.