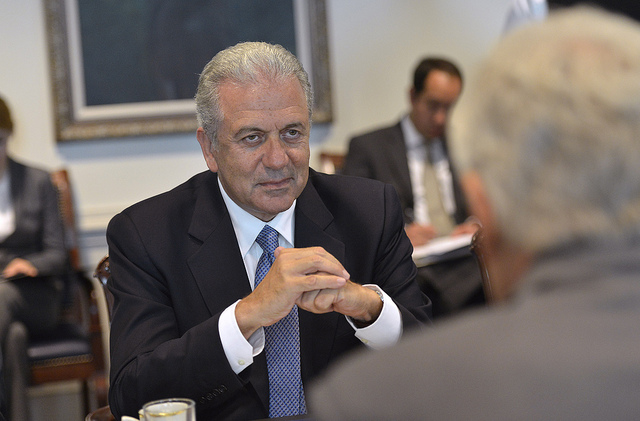 The government yesterday (27 July) sent an official letter to Jean-Claude Juncker, the new president of the European Commission, informing him of the choice.

Ntora Bakoyiannis, Greece’s former foreign affairs minister (2006-2009), was widely thought to be a lead candidate for the job, but Prime Minister Antonis Samaras told her she was not being considered for a Commission post.

A career diplomat and former minister of foreign affairs, Avramopoulos was the third candidate for the leadership of the New Democracy party in 2009. He withdrew his candidacy at the very last moment, expressing full support for Samaras who was elected ahead of Ntora Bakoyannis to lead the centre-right party currently in power in Athens.

Since then, he has been a close ally of the Greek PM.

Which portfolio for Athens?

Juncker plans to visit Athens next week (4 August) to hold talks on the forming of the new cabinet of the EU executive. According to sources, Athens would be interested in the internal affairs or immigration portfolios.

Taking into account Avramopoulos’ profile and experience, the post of EU foreign affairs chief as a compromise solution among western and eastern European countries is also a possibility.