International shipping accounts for 2.2% of global carbon dioxide (CO2) emissions and the UN’s International Maritime Organization (IMO), has a long-term goal to cut greenhouse gas emissions by 50% from 2008 levels by 2050.

Ship operators will also have to comply with a sulphur-cap due to come into force in 2020.

However, the industry avoided specific targets in the 2015 Paris Agreement, when almost all of the international community pledged to cut emissions in order to limit global average temperature rise to well below 2 degrees Celsius.

The banks involved in the “Poseidon Principles” initiative, which will set a common baseline to assess whether lending portfolios are in line or behind the adopted climate goals set by the IMO, represent around a fifth or $100 billion of the total global shipping finance portfolio.

The results will be published annually in individual sustainability reports and the data will be obtained by banks from borrowers under existing loan agreements.

“We are helping the shipping industry emerge into the 21st century in a responsible way,” Michael Parker, global head of shipping at Citigroup, told Reuters. 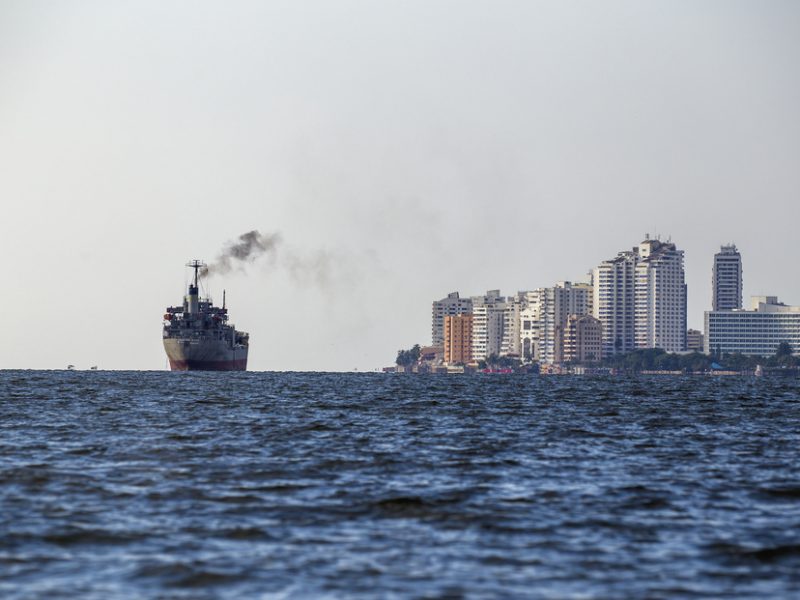