Shipping is about to set sail for the ETS. [Photo: Shutterstock]

International shipping is responsible for roughly 3% of global greenhouse gas emissions. Its contributions are increasing, as global trade continues largely unabated, but its supposed free-ride has not gone unnoticed.

It is why bringing the maritime sector to heel was one of the most tangible ideas proposed by the Commission’s Green Deal in December, under which shipping is set to be included in the EU Emissions Trading System (ETS).

Most forms of transport, with the notable exception of intra-EU flights, are exempted from the carbon market. Heavy industrial facilities and power plants are issued a certain number of free permits and then have to buy more or clean up their act if emissions continue. 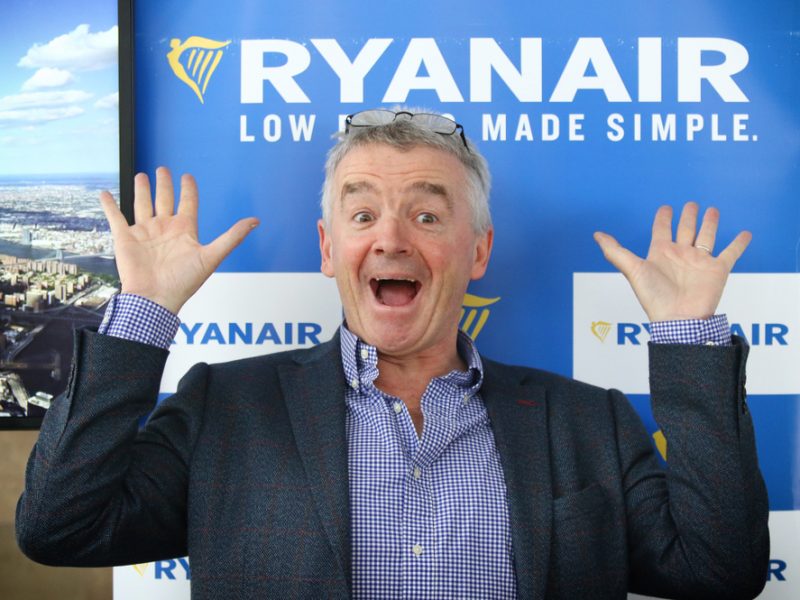 According to EU officials, the Commission is now working on preparing the ground for an ETS-extension proposal and it could be published at the earliest in mid-2021. For some though, that delay is unacceptable.

German Greens MEP Jutta Paulus is tasked with leading the Parliament’s negotiations on an update to EU rules on monitoring shipping emissions and is using the opportunity to try and speed up the ETS process.

“I don’t see any sense in keeping on counting emissions but doing nothing to reduce them. Some environment committee colleagues agree on that point, even if the Commission is not too enthusiastic,” Paulus told EURACTIV in an interview.

The German lawmaker’s draft report on the so-called MRV regulation is explicit in calling on the EU executive to include shipping in the carbon market and to start calculating pollution permit allocations.

Climate policies have so far failed to shanghai the sector because of the influence of the International Maritime Organisation (IMO), the UN agency tasked with overseeing everything related to shipping.

Large flag states like Panama, Liberia and even Malta have blocked or slowed down green efforts over the years, while an aspirational strategy on cutting emissions by 50% by 2050 has received criticism for lacking teeth.

“The IMO has been promising to do something for 25 years or so. Even just counting emissions, they only started moving after the MRV regulation first came into force. That’s why this proposal is on the table in the first place,” Paulus explained.

“The Commission’s roadmap shows they want to take some more years in order to do more impact assessments, talk to stakeholders and so on. But the assessment was already done in 2013,” she added.

But due diligence might be a stumbling block when it comes to negotiations between the Parliament, Commission and member states. Despite the MEPs’ insistence that little has changed since the 2013 number-crunching, national capitals might cry foul.

The Netherlands, home to the bloc’s largest port, is one nation that wants the Commission to do its homework in full. A Dutch non-paper insists ETS-extension would “require a thorough impact assessment” and full coordination with the IMO.

If another assessment is deemed necessary by policymakers, the timeline could be moved back even further. EURACTIV understands that human resources at the Commission’s climate department, DG CLIMA, are stretched thin already.

Plans suggested under the Green Deal, including ratcheting up the EU’s overall 2030 target and tweaking car CO2 targets, all require climate modelling that only DG CLIMA staff have the expertise to carry out.

A delay could prove to be ironic as when the von der Leyen Commission first took office, oversight of maritime and ETS was first given to the transport department, DG MOVE, before climate boss Frans Timmermans asked for it to be reallocated.

Jutta Paulus’ report also calls for improved engine efficiency standards. Under her amended proposal, around 12,000 large ships that use EU ports would have to cut their emissions by 40% by the end of the decade, compared to 2018 levels.

That marks a big break with the IMO’s roadmap, which although suggesting 40% too, uses 2008 as a baseline. That year was a particularly slow year for emissions, due in part to that decade’s economic crisis.

A study by the International Council on Clean Transport (ICCT) this week revealed that the IMO’s 2030 goal was actually already three-quarters met when it was approved in 2018, which has prompted accusations of greenwashing and calls for a rethink of the target.

But one idea over which the EU, IMO and shippers themselves are likely to find common ground is that any levies generated by taxing the sector should be reinvested into projects that will make ships cleaner and ports more eco-friendly. 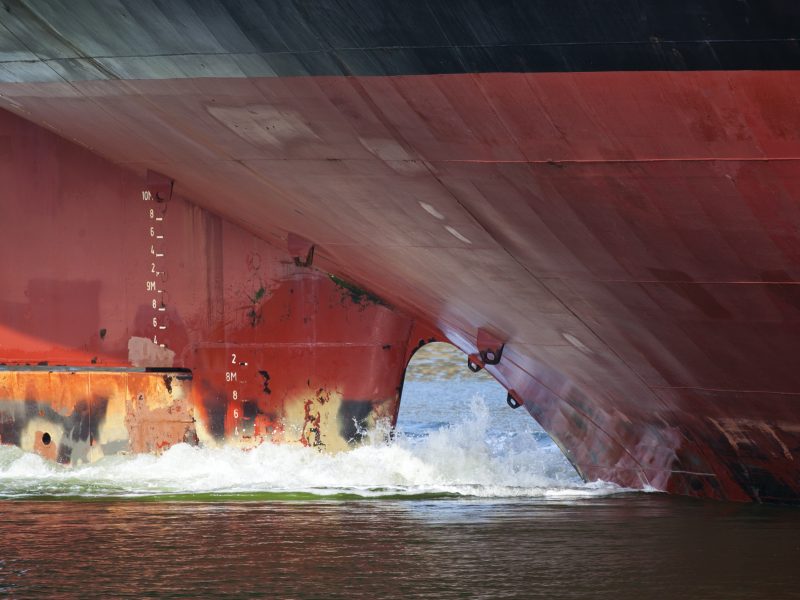 To that end, the Paulus report suggests the creation of a Maritime Decarbonisation Fund, where revenues from ETS permit sales will be collected. The MEP suggests that 30% of the Fund should then be used to increase ship efficiency.

Dockside charging points for battery-powered vessels and research into new fuel types, like hydrogen and ammonia, are also possible initiatives that the money could be spent on, although the Fund itself could be a non-starter if national capitals feel belligerent.

ETS revenues are normally fed back into the coffers of EU27 governments and any suggestions of changing that status quo have been batted away. It most recently cropped up when the previous Commission was trying to fill the financial budget hole left by Brexit.

However, Paulus told EURACTIV that because international waters make divvying up responsibility such an arduous task, a common pot would be an elegant and, ultimately, fair solution.

An agreement over whether ship owners or ship operators should be on the hook for payments will also have to be brokered. Practices vary across the EU: Danish giant Maersk, for example, owns and operates its vessels, while Greek companies tend to lease.

Shippers could yet prove to be an ally as some of the biggest players have already come round to the idea of an innovation fund. Although taxation is still seen as the way forward, if the ETS becomes an unavoidable reality, the industry could go into damage control mode. 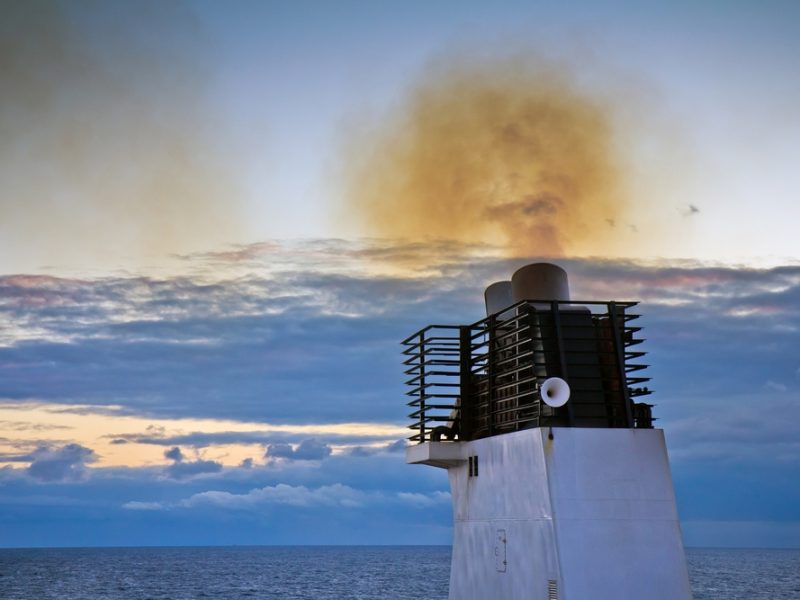 The finer details of how shipping emissions should be priced are still to be hammered out but climate experts are adamant that taxing fuel would be a problematic course of action for the EU to pursue.

Under the Green Deal, the Commission has pledged to explore whether the venerable Energy Taxation Directive should be reviewed in order to explicitly scrap any exemptions for the aviation and maritime sectors.

Tax analysts are split over whether this would be treated as a fiscal matter, where decisions require unanimity that might be hard to reach, or whether qualified majority could apply, given that it is also an environmental issue.

But regardless of that point, a fuel tax alone would not hack it, according to clean mobility NGO Transport & Environment, because of the international nature of shipping.

“Unlike the ETS, imposing a European fuel tax is not expected to have the same benefits, as ships would fill up their tanks at non-European ports and continue polluting European waters for months, avoiding the tax altogether,” T&E’s Jo Dardenne told EURACTIV.

That point is truer still given the United Kingdom’s decision to leave the EU and its close proximity to the European mainland. The Port of Dover is only 33km from Calais, for example.

The IMO will meet later this month to discuss pollution issues, including new research that shows low-sulphur fuels could be worse for the climate than first thought. Another meeting in April will broach the subject of an innovation fund, which delegates suggest could top €5 billion.

Meanwhile, MEPs will vote on the draft report in committee in May, then hold a final vote at the June plenary. Jutta Paulus will then be deployed to trilateral talks in the second half of the year and a final agreement could be reached before the end of 2020. 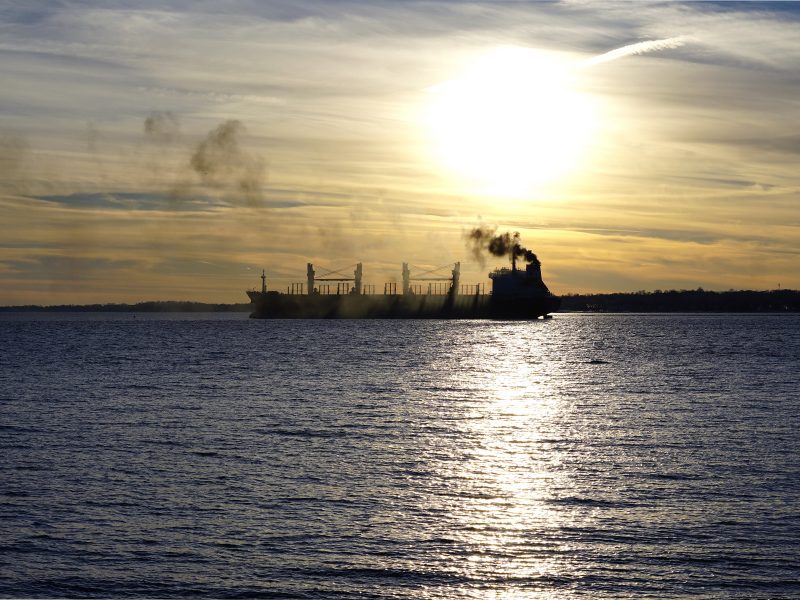