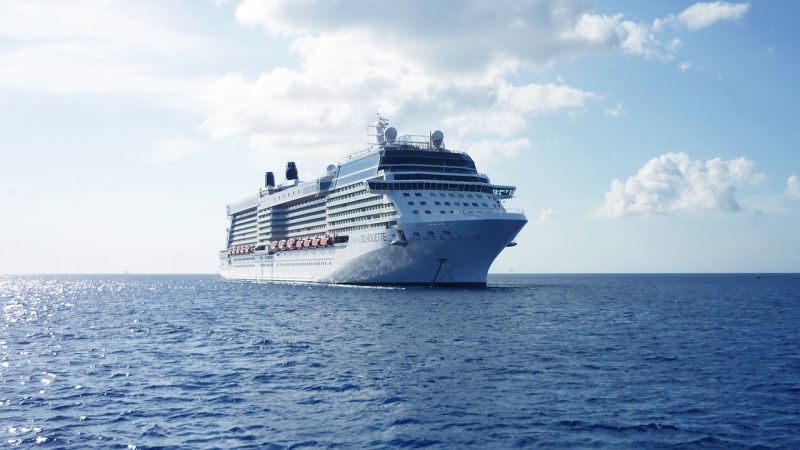 In addition to FuelEU Maritime, the Commission has proposed expanding the EU's Emissions Trading System, which puts a price on carbon emissions, to the maritime sector. [LUM3N / Pixabay]

Liquid natural gas (LNG) is a necessary transitional fuel to decarbonise EU maritime activities as the available quantities of zero, or low-carbon fuels are currently insufficient, the European Commission has said.

Environmental groups have criticised the inclusion of LNG in FuelEU Maritime legislation to increase the uptake of green fuels in the maritime sector. They argue it will slow the adoption of truly zero-carbon fuels while locking in reliance on gas, a fossil fuel.

But a sudden switch to electro-fuels and advanced biofuels is unrealistic due to supply issues, said Joaquim Nunes de Almeida, director for energy-intensive industries and mobility with the European Commission’s DG GROW.

“We have to be aware of the constraints in which industry is operating right now, and right now the truth of the matter is that you still have very little renewables and hydrogen or decarbonised forms of energy available in Europe,” de Almeida said, speaking at a EURACTIV-organised conference on green innovation in the maritime sector.

“We’re on a difficult journey here, so we need to have some understanding for the industry that is on the one hand faced with an increased carbon price and on the other hand with a lack of real alternatives for the moment,” he added.

When designing the legislation, part of the European Commission “Fit for 55” climate laws package, policymakers staggered the targets to allow the green fuels industry time to ramp up production, the audience heard.

“We have made a conscious choice to start with maybe a lower ambition level, to give time to the market to develop and to ensure that in time these necessary quantities [of green fuels] will be available to everyone who needs them,” said Roxana Lesovici, a member of the cabinet of EU transport commissioner Adina Valean.

It was explained that one of the primary aims of FuelEU Maritime is to give the shipping and cruise industry legal predictability as the sector shifts to lower carbon operations.

In addition to FuelEU Maritime, the Commission has proposed expanding the EU’s Emissions Trading System, which puts a price on carbon emissions, to the maritime sector.

CLIA Europe, a cruise lines trade association, and Sea Europe, a group representing shipbuilders and maritime equipment manufacturers, both welcomed the environmental aims of the Commission’s Fit for 55 package. They also expressed concerns the proposed legislative measures could increase costs while the industry recovers from the COVID-inflicted downturn.

“There are technical concerns in certain aspects of the Fit for 55 proposal, and we are trying to start to understand the financial implications. All of this is going to be an interesting challenge for the entire cruise sector and therefore for the wider industrial European maritime cluster,” said Ukko Metsola, Director General of CLIA Europe.

He said the legislation provides the opportunity for a “win-win” scenario but called for taxes raised from carbon permits to be reinvested in the maritime sector.

In response, the European Commission confirmed that it would financially support maritime’s green transition.

“Massive investments in infrastructure, not just in fuels and on the side of the ships, will be required. We are very much aware of that. We will walk the talk,” said Roxana Lesovici.

“The funds that we collect through the ETS or the penalties that we will collect through FuelEU Maritime will be dedicated to innovation and new technologies and bringing ships up to date,” she added.

Christophe Tytgat of Sea Europe said the package offered “interesting opportunities” for the maritime sector but highlighted the pressure on the industry from both the COVID pandemic and competition from Asia.

To ensure that the sector grows sustainably, he said getting the framework conditions right is necessary.

Panellists were united in their view that a technologically neutral approach to low and zero-carbon fuels is needed.

“Nobody has the precise answer to how this will unfold, but my gut feeling is that at the end of the day, we will see a combination of different technologies,” said Ukko Metsola.

“So it’s not just going to be one fuel, there could be two different fuels in combination with battery technologies and new propulsion technologies, all coming together that can meet the regulatory requirements and that reach net carbon neutral cruising, which is our vision,” he added.

He explained that hydrogen is problematic for the cruise industry due to the space it requires – around four times the volume of fossil fuels.

“Hydrogen is not dense enough – we wouldn’t have much space for cabins on our ships if we were to be powered by hydrogen as such. However, clean hydrogen could be used as a building block to create other alternative maritime fuels, for example, synthetic LNG,” he said.

The European Commission affirmed the need to be technology-neutral.

“We want to avoid a situation where we pick the wrong technology. And I don’t think any of us has a crystal ball and can say what will be the technology for the future,” Roxana Lesovici said.