How the IPCC report contradicts the EU’s vision on shipping 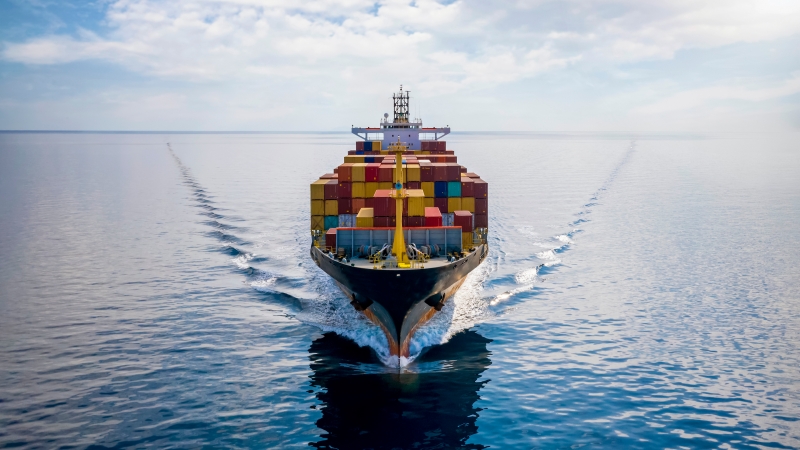 The inclusion of natural gas in the European Commission’s proposal on low-carbon shipping fuels is incompatible with the recommendations of the latest report by the Intergovernmental Panel on Climate Change (IPPC), writes Faig Abbasov. In three graphs, Abbasov sets out the case for a shift towards green hydrogen-based fuels in the maritime sector.

The limited media space focused on the big picture, notably, the recommendation of the report to act immediately in ALL sectors before the window of opportunity closes in the next three years.

What has gone largely unnoticed is the specific conclusions of the report on the suitability of different technological solutions to deliver the much-needed emissions reductions. This was particularly so for shipping.

Let me explain how in three graphs.

The Commission proposed a goal-based, technology and fuel agnostic FuelEU Maritime regulation, which sets thresholds for the carbon intensity of marine fuels and allows the sector to comply with them via the cheapest fuel mix option that meets those targets.

While the Commission’s impact assessment conveniently ignored the negative impact that this will have on fossil gas uptake in the sector, almost all other independent assessments rang alarm bells.

A T&E analysis concluded that FuelEU would lead to gas reaching a quarter of shipping’s fuels mix (Fig. 1). 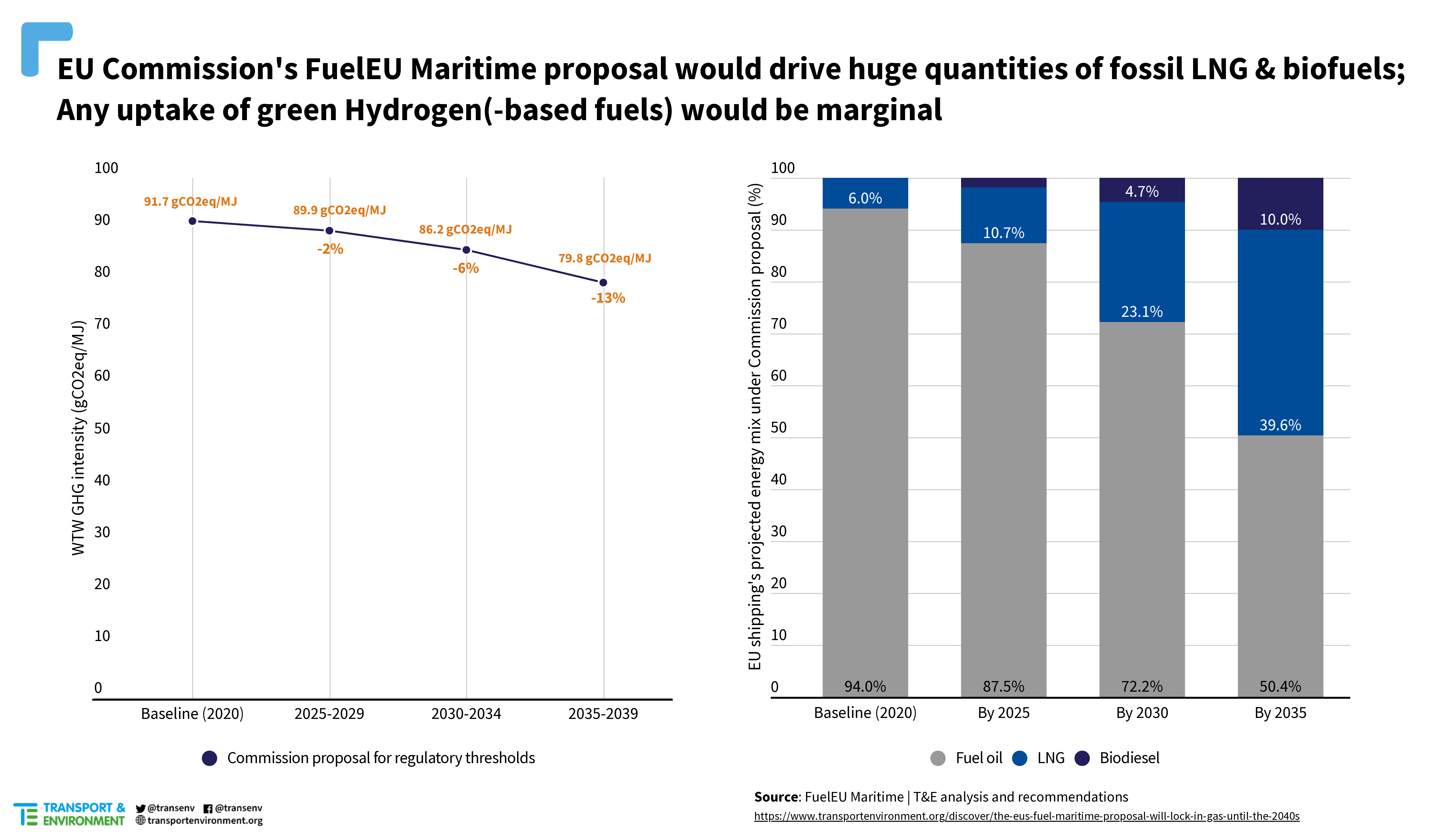 In contrast, the Commission categorically refuses to promote green hydrogen(-based fuels) as part of the FuelEU Maritime despite calls not only by NGOs but also major cargo owners, including IKEA.

A similar proposal was put forward by Germany in the EU Council. Even some shipping companies announced plans to use H2-based fuels in the near future that could, if sustainably sourced, even exceed the volumes proposed by MEPs and Germany (Fig. 2). 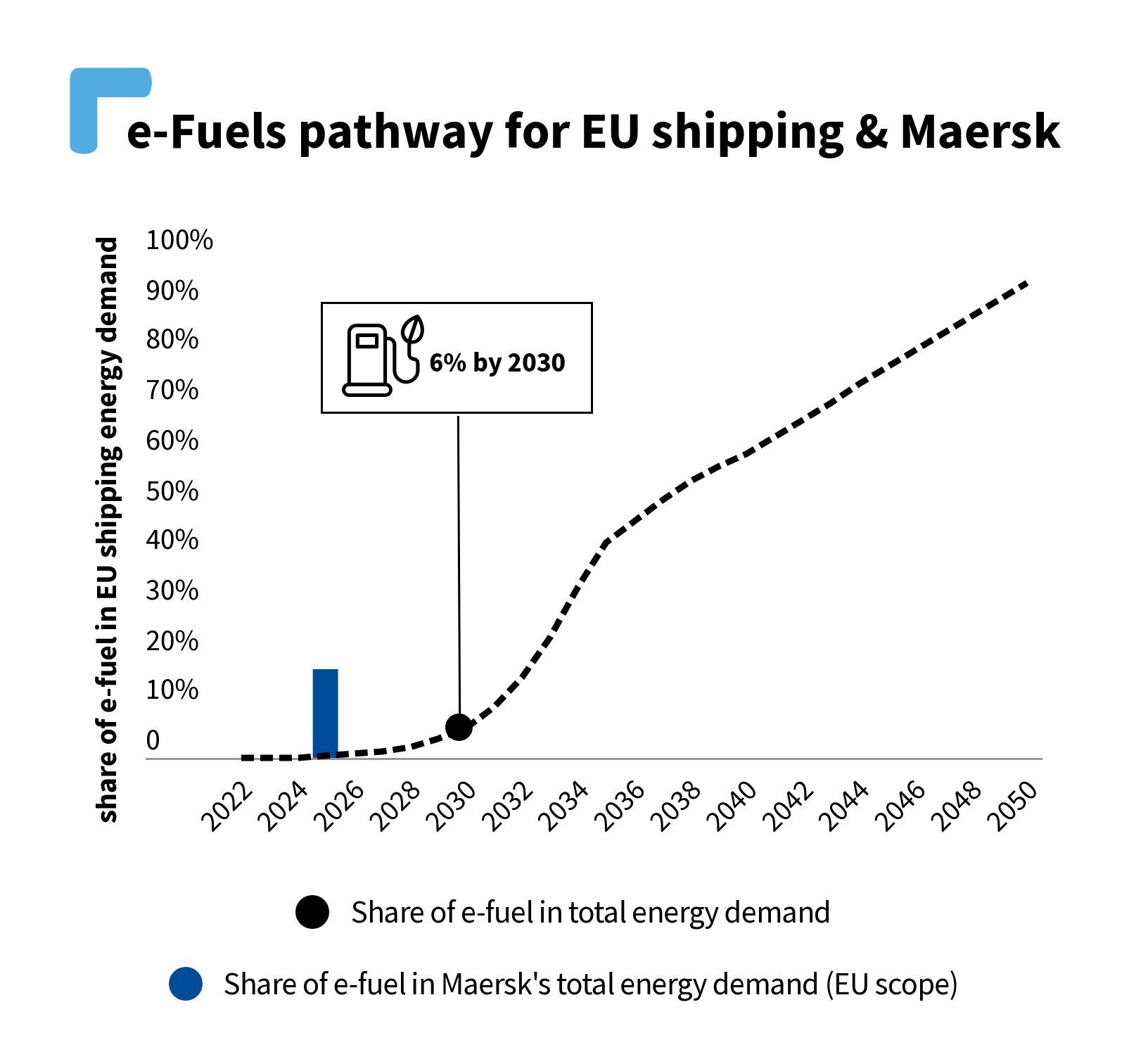 Last but not least, the IPCC report urges the world to aim for halving the emissions by 2030 and achieve full decarbonisation by 2050 if the Paris Agreement’s 1.5ºC temperature goal is to be achieved.

In contrast, the Commission proposal aims to achieve just 75% decarbonisation of shipping by 2050 with no significant emissions cuts during the current decade (Fig. 3). 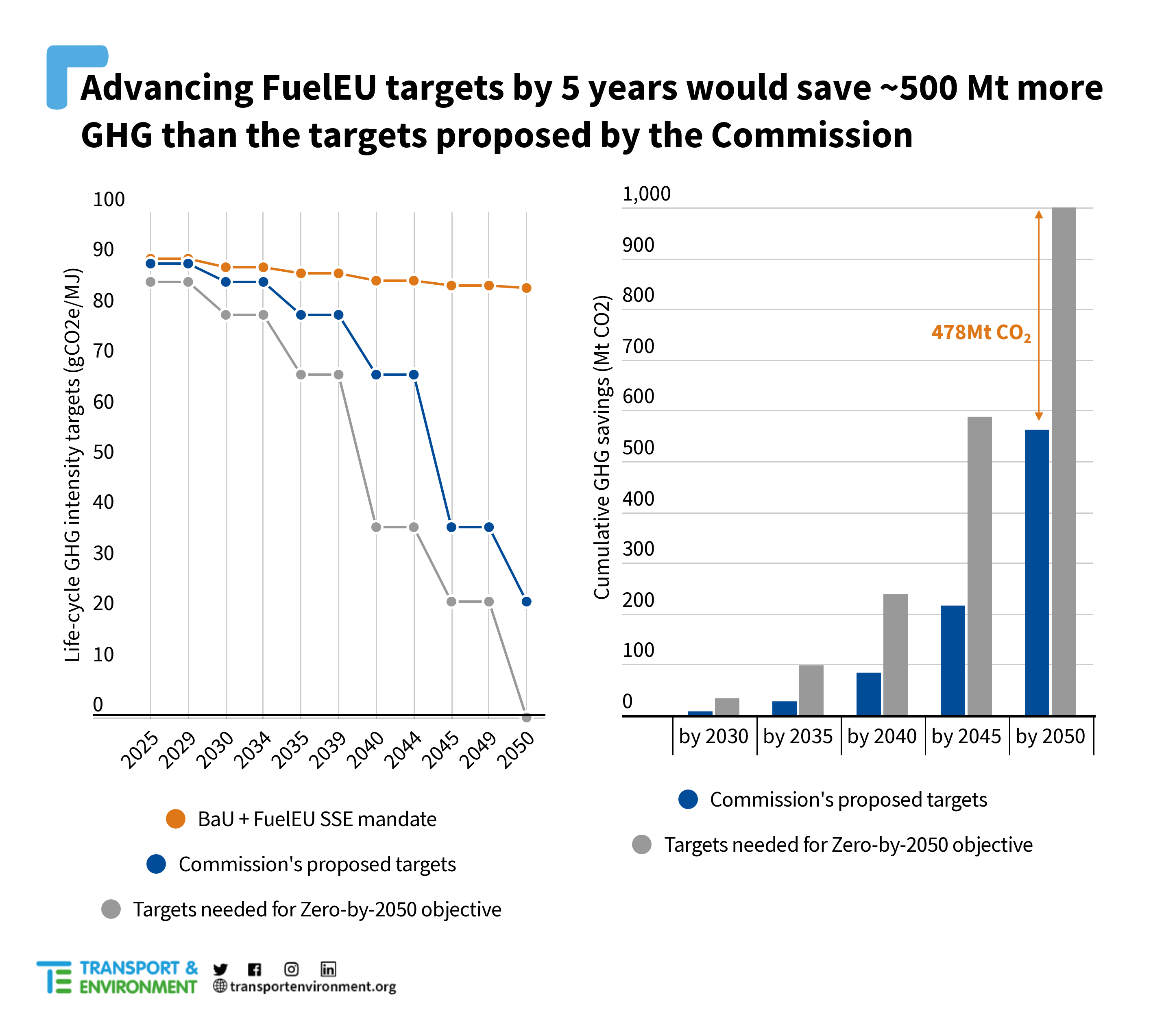 In light of the three-decade-long failure by the International Maritime Organization – shipping’s global regulator – the green community is increasingly placing its hopes on the EU to put shipping on a sustainable pathway.

Such a pathway requires reducing economic dependence on fossil fuels, especially in light of the geopolitical crisis in Ukraine, and immediately switching to renewable fuels, as is recognised by the Commission’s recently published RePowerEU communication.

For FuelEU Maritime, in practice, this means agreeing on at least a 6% e-fuel mandate for 2030, strengthening the GHG reduction targets by advancing them by five years and discontinuing the proportion of fossil liquified natural gas (LNG) in shipping.

As an essential part of Europe’s economy, maritime transport must contribute its fair share to the continent’s decarbonisation and transition away from dependence on fossil energy.