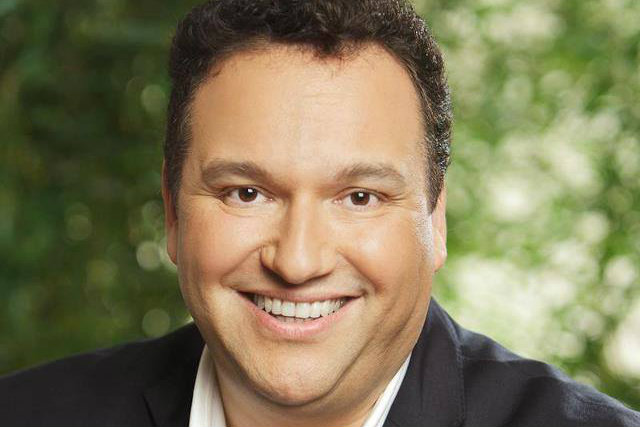 Romeo Franz is twelfth on the list of Germany's Bündnis 90/Die Grünen party in the 2014 European Elections. [romeo-franz.de]

Minority rights must be a priority in the EU and Commissioners should be better informed on issues related to Sinti and Roma. Despite anonymous death threats, Romeo Franz intends to be the first German Sinto in the European Parliament, he said in an interview with EURACTIV Germany.

Romeo Franz is ranked 12th on the German Green Party’s (Bündnis 90/Die Grünen) candidate list for the European elections. He is a professional violinist and served as chairman of the Central Council of German Sinti and Roma. He spoke with EURACTIV Germany’s Dario Sarmadi.

Mr. Franz, have you experienced racism first-hand during the election campaign?

Unfortunately, yes. Some individuals openly made death threats on my website. They wanted to murder me and my family. That goes to show how strong xenophobia is in our society.

Do you regret going into politics when something like that occurs? One can also appeal to people’s hearts with music.

I have been discriminated my whole life as a Sinto. But as a 14-year-old, I was already demonstrating for our rights. It is my duty, as a German Sinto, to get involved and fight racism. Over the past few months, I’ve also been getting a lot of encouragement. Even from Sinti and Roma who, because of me, also feel emboldened to get involved with politics.

What day-to-day problems are Sinti and Roma confronted with?

There are deep-seated clichés and prejudices which are being passed along within German families. Even today, children are told: “If you don’t listen, the gypsies will come and get you”. Women in skirts are portrayed as kidnappers of small children.

Just as during the Third Reich, diabolical concepts of the enemy are being developed. This strategy worked well back then, and is still functional today. As a result, such racist prejudice can even be stirred up in the media and politics.

In daily local reporting, for example. If someone is a criminal, their ethnic affiliation is not mentioned in the news report – except regarding Sinti and Roma. In that regard, there is no sensitivity at all among journalists.

And what are politicians doing wrong?

Systematic exclusion is taking place on every level. In my constituency in Ludwigsburg, a huge “container village” is being assembled for Sinti and Roma, instead of locally accommodating these people in the name of inclusion and integration. That is shameful. This is an attempt to make people’s lives as uncomfortable as possible so they will leave the country.

But two weeks ago Chancellor Merkel announced her intention to focus more closely on rights for Sinti and Roma. Does that not make you hopeful?

To be honest, it does not. Mrs. Merkel is just trying to put a good face on the matter. Already under the [previous] CDU/CSU-FDP coalition, the German government was of the opinion that no problems existed in the integration of Sinti and Roma. Financial aid for projects was blocked, as a result.

Now, Mrs. Merkel just wants to make up for this. But in the same breath, Merkel’s cabinet is declaring Bosnia and Herzegovina, Macedonia and Serbia safe countries of origin.

What does that mean for Roma living in Germany?

At the same time, the Roma situation in Serbia is even worse than here – no access to running water, education or healthcare. They are constantly suffering from racist encroachment. Their life is in danger. Merkel’s policy is inhumane. The German chancellor is peddling the claim that she will do everything for Sinti and Roma in Germany. But (her) actions point in a completely different direction.

What are current deficits in the EU’s Roma policy?

I blame Brussels for not seriously implementing minority rights. The 2008 Roma strategy was not jointly organised with civil society, but excluded it. In that sense, the strategy was doomed to failure from the beginning. The EU is turning a blind eye toward problems in our society.

Was Romanian and Bulgarian accession premature? Couldn’t we have avoided the debate over poverty migration, which is obviously spurring stigmatisation of Sinti and Roma?

During the accession negotiations, Romania and Bulgaria promised the EU to improve the situation for minorities in their states. But to this day, that promise has not yet been fulfilled. And the EU has not reminded them of this promise. That is exactly the problem: Rights for Roma in Romania and Bulgaria have no priority in political talks. EU accession was more about making profits for corporations, instead of about the rights of people.

So, the debate over poverty migration related to Roma immigrants is justified?

No. Only 10% of Romanians and Bulgarians who come to Germany are Roma. 90% belong to mainstream society. Nevertheless, Sinti and Roma are being named in the same breath with poverty migration.

What is the first thing you want to address in the European Parliament?

I want to make rights for Sinti and Roma an issue. I want to enlighten particularly those politicians who play a decisive role in forming the relevant legislation. We have 28 Commissioners; I want to sensitise all of them on the issue: on the situation of Sinti and Roma, but also minority rights for the disabled, women and homosexuals.

I stand for a Europe for the people – not for companies and banks.

Those are noble goals. What are you concretely concerned about?

Within the scope of EU politics we have the opportunity to improve the livelihoods of minorities, for example in Romania and Bulgaria. For one thing, by creating humane social standards. Nobody wants to leave their homeland, particularly because the situation for Sinti and Roma is no better in Germany.

In addition, we must fight corruption in Romania and Bulgaria. That is one reason why so many social projects by and for Sinti and Roma remain unsuccessful in the countries affected.

How realistic do you see your chances of representing the Greens in the European Parliament in the next five years?

The chances look good. Sure it will be close, but personally, I have a strong commitment to the election campaign.

And how do you intend to deal with an MEP from the NPD, who is also likely to sit in the Parliament? After all, the NPD is campaigning with posters which read: “More money for Grandma rather than for Sinti and Roma”.

It is a terrible feeling to sit in the same room with neo-Nazis. But of course I have to find a way to deal with that. I will not duck away, but rather will respond to these people with strong arguments.