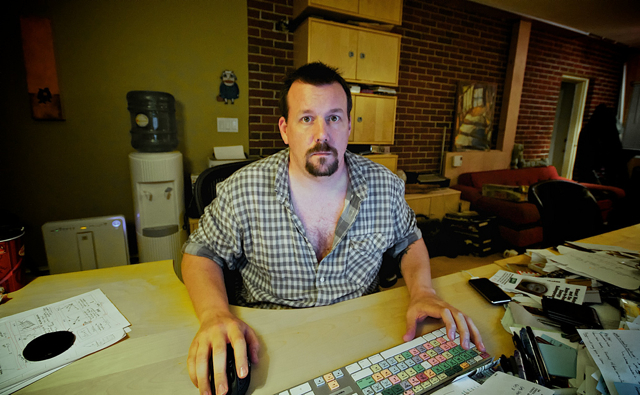 Long day at the office. [bark/Flickr]

As the EU slowly emerges from the economic crisis, the European Commission is increasingly focusing on the impact the recession has caused to workers across the bloc, a situation for which the Belgian labour minister might “have some answers”.

A  28 April conference in Brussels hosted by László Andor, the EU Commissioner for employment and social affairs, aimed to do precisely that: taking the pulse of relevant stakeholders on the conditions facing workers in EU member states – from occupational safety and health to private life and work balance – who all agree that the crisis has seriously effected labour conditions in Europe.

The crisis has not only impacted the working conditions per se. It has also undermined the well-being of workers, studies show.

“We see that work-related stress has increased for reasons such as greater job insecurity, greater job intensity in some areas and countries, less mobility and acceptance of part-time and interim work out of necessity rather than choice,” the employment commissioner explained.

Occupational safety and health are all the more important as the European population ages and people will be required to work longer. Hence the need to stay healthy longer, participants stressed.

A survey by the Belgian trade union, FGTB, revealed on 28 April that 74% of Belgian workers – a country where a majority of the working population is satisfied with its labour conditions – say that they feel they will not be able to keep up with the same work rhythm until their retirement.

92% of the respondents said stress had an impact on their physical and mental health, while almost half of them (42%) said more staff was needed in their company.

“A crisis is an opportunity to rethink what we want. We always say that a good salary is important, but it’s not only. It’s also training, social contacts. It’s very important that we like to go to work, it’s very essential, it’s almost a human condition,” she said commenting for EURACTIV on the latest Swedish six-hour working day experiment, calling it “a possible solution” and a “less conservative way to organise labour”.

In some Belgian companies, more flexible arrangements – allowing people to leave work earlier or work from home “as long as the job is done”. Generally, companies which have a better social dialogue with their workers, have shown improvement, and workers are more satisfied, De Coninck assured.

“I’m convinced that we should organize the career better. Slower but longer, otherwise it’s not possible to organise a full career of 42 years,” she said.

De Coninck also identified “mobility” as a serious problem for workers in Belgium: traffic jams, late trains and buses, which not only adds to stress, but also impacts the work-life balance.

A Eurobarometer survey last week found that 60% of Europe’s workers say that their working conditions have deteriorated in the last five years, and although in Northern Europe a vast majority of the working population is satisfied with the working conditions, unemployment figures remain high, and the disparities between Europe’s north and south are immense.

Moreover, soaring unemployment levels, and the growing number of people at risk of poverty (which has increased by two percentage points between 2010 and 2012) represent a serious challenge, Commissioner Andor underlined.

The conclusion is clear: the European Union is not close to meeting its 2020 strategy headline targets for employment and reducing poverty, the Commissioner stressed.

“The financial and economic crisis has significantly worsened the employment situation both quantitatively and qualitatively within the member states and the gap is widening between the member states in the south or the periphery of the euro area and those in its core”, Andor said at the start of the conference.

This diagnosis, which has angered representatives of trade unions, who have long warned against the methods used by governments to counter recession risks by weakening working conditions, and reforming labour inspections, especially in Southern Europe.

Bernadette Ségol, the secretary general of the European trade unions (ETUC) reminded the audience that “even the world economic forum” has identified “infrastructure, health, education and the quality of the working force as key pillars of competitiveness. But weakening working conditions was not identified as an element for competiveness.”

Ségol was extremely critical of the European Semester, the Commission’s monitoring mechanism aimed at analysing and making recommendations to member states for their economic policy priorities.

“Why do we focus the European semester on the lowering of wages?” she asked.

“Why don’t we implement the necessary investments which will enable us to adapt working conditions to the economic changes?” Ségol added, emphasising the importance of not only creating jobs, but also putting the focus on health and security at work.

The trade union leader denounced “ten years of unemployment without investments” and said unionists would not accept the “unraveling of a social system” that the world envies.

For trade unions, investment in job creation and in decent working conditions in Europe must and “can be done”. Since “the money is there, we just need to mobilise it”, Ségol stated, recalling that governments did mobilise “thousands of billions to save the banks”.

Assessing the impact of the crisis

The European Commission conference focused on five main topics: occupational health, restructuring; work and private life reconciliation, traineeships and working conditions in third countries, and was aimed at soliciting feedback from relevant stakeholders on what the future social affairs and employment priorities ought to be, given what has been learned over the last few years.

The Commissioner also announced that a public consultation with member states and other stakeholders would be launched soon to help the EU executive “shape the post-crisis strategy”, a strategy that will undoubtedly have to be centered strongly on social issues if the EU is to uphold citizens’ confidence.

The Europe 2020 Strategy sets ambitious targets for increasing employment and reducing poverty. TheEuropean Semester, the Employment Package and the Social Investment Package all contribute to address the evolving employment and social challenges in a systematic manner and from the perspective of pan-European interest.

The EU relies on a comprehensive set of policies and legislation that aims at supporting better working conditions in the EU, including minimum standards of labour law and occupational safety and health. Last year, the European Commission also proposed two Quality Frameworks on restructuring -and on traineeships. The latter was adopted by the Council of Ministers in March 2014.