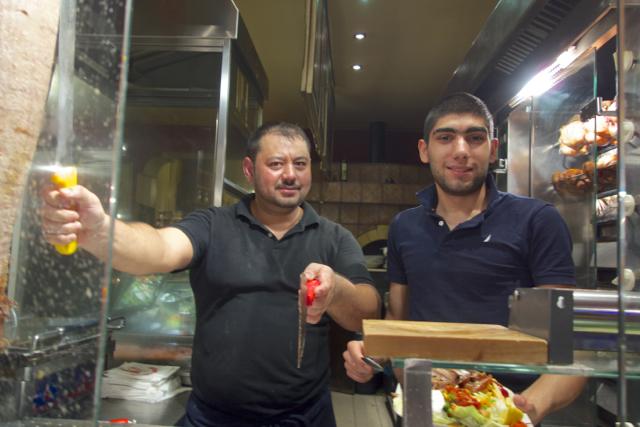 The Commission proposed yesterday (9 April) the creation of an EU-wide platform to fight against undeclared work in all 28 member states, to help them share their best practices.

With a shadow economy taking about 15-20% of the European GDP, the European Commission is taking initial steps to curb undeclared work across member states by bringing the competent bodies in member states together, the EU Commissioner in charge of employment and social affairs, László Andor, announced Wednesday.

The proposal has been in the making for some time since the 2012 “Employment Package”, followed by a resolution voted in the European Parliament earlier this year.

All relevant national enforcement bodies, such as labour inspectorates, social security and tax authorities are invited to join the platform, as well as EU level social partners, the Commissioner stressed, to “develop their knowledge of undeclared work and even engage in operational cooperation. Through this exchange, new tools both at national and EU level can be explored.”

Such cooperation is aimed at dealing with cross-border situations where undeclared work is concerned, including in cases where workers are “falsely declared as posted from one country to another”, linking the proposal to the much debated issue of the posting of workers in the European Union.

Member states will be able to exchange staff, organize joint inspections and developing common guideline for inspectors, the Commissioner explained to the press, counting also on EU states to “raise awareness of this problem or example, through EU wide campaigns and strategies.”

“Working together we can find better ways not only to fight undeclared work more effectively, but also to transform it into regular employment, thus boosting formal job creation,” Andor highlighted.

The EU executive’s proposal is expected to have a positive impact on job creation and growth in the Union, as outlined in its communication “Towards a job-rich recovery” in 2012: improved cooperation between member states is needed to counteract undeclared work, implement sanctions and help “hidden” workers integrate in the regular labour market “to help the process of fiscal consolidation, creating a better level playing field for businesses and improving quality of employment.”

Indicative estimates put forward by the Commission in its proposal are that the funding of the platform would cost approximately €2.1 million per year through the EU programme for Employment and Social Innovation (EaSi) in order to carry joint tasks such as trainings or campaigns.

The legislative proposal is budget-neutral and does not require additional staff resources as the current employees of the directorate general for employment and social affairs “will act as the Platform’s Secretariat,” the text says.

The proposal will be sent to the European Parliament and the Council for adoption.

Eurociett welcomed the creation of a European Platform to fight against undeclared work: “Undeclared workers find themselves outside of the system. They enjoy no worker benefits or social protection and are simply not recognised. Bringing people into official work reduces segmentation in the labour market and creates a more inclusive jobs market. Private employment services play a key role in bringing people into declared work: Those countries with the highest penetration of agency workers - such as Germany, France, Ireland, the Netherlands and the UK - also have the lowest levels of undeclared work. Eurociett has much to contribute to the discussion on undeclared work, in terms of knowledge, experience and best practice sharing."

Undeclared work is defined as any paid activities that are lawful as regards their nature but are not declared to public authorities, taking into account differences in the regulatory systems in Member States.This notion has been integrated in the European Employment Strategy and, since 2001, is addressed in the employment guidelines to Member States.

According to a Eurobarometer survey carried out in 2013, around one in ten Europeans (11%) admitted to have bought goods or services involving undeclared work in the previous year, while 4% conceded that they had performed undeclared work. The survey reflected the incidence of this phenomenon in a wide range of sectors and also significant differences among Member States