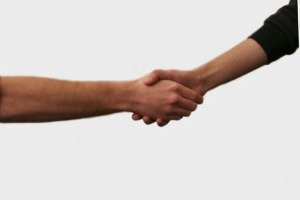 Countries with egalitarian welfare schemes are better placed to cope with the economic crisis, argues Francesco Briganti of the European Association of Paritarian Institutions of Social Protection (AEIP) in an interview with EURACTIV.hu.

When employers and social partners are put on an equal footing to negotiate pensions, health care and other social protection schemes, welfare systems are not as vulnerable to the hiccups of sudden crisis, added Briganti.

He explained that so-called 'paritarian institutions', such as pension funds, healthcare funds, and vocational and training institutions, are created and jointly managed by the social partners.

The term 'paritarian' is little-used in English, but is common in French, German or Italian. The name derives from the fact that in such welfare institutions there is equal representation or 'parity' between employers and labour (trade unions).

Firstly because "social institutions that are managed by social partners are much more prudent in making their investments, because the social partners themselves represent the payers of the contributions to the social schemes and the future beneficiaries of these schemes".

Secondly, "these kinds of institutions have a high level of solidarity and sharing of responsibility among the actors involved: employers, employees and even the current pensioners of the pension scheme. Indeed, when there is a crisis or a problem, everybody is responsible for solving it".

He added that these institutions tended to improve social harmony and make both business and labour more likely to compromise and make concessions in a dispute or crisis situation.

Briganti argued this was due to the added familiarity and understanding between employers and trade unions that paritarian institutions encourage. "[W]hen employers and employees are together and share the same responsibilities, they will inevitably end up understanding each other and their mutual needs," he said.

He noted that such institutions required a strong respect for social dialogue in the country in question. "It is impossible to have paritarian institutions in a country which does not feel the importance of social dialogue or has not developed it within its system," he said.

"In the countries where social dialogue is strongly developed, the government just plays the role of 'notary' of the decisions mutually taken by the social partners," he said, emphasising the grass-roots nature of such systems.

According to Briganti, part-time, seasonal and interim workers should be included in traditional industrial relations as "the labour market has changed a lot in the last few years, and now millions of workers have atypical or temporary jobs".

The expert insists that these millions of workers cannot be left out of traditional labour and industrial relations.

He described the AEIP as "a laboratory of paritarian management". "[W]hen we organise these events, seminars and working groups, we always invite members from the countries where the paritarian approach is more mature. We take examples from the Netherlands, Belgium, France, Germany, Finland, Switzerland and Italy so that they can explain details to people interested in our work," he said.

AEIP has been active in working with and promoting fledgling paritarian institutions in Central and Eastern Europe, such as the Casa Sociala a Constructorilor, which offers vocational training for construction workers in Romania.