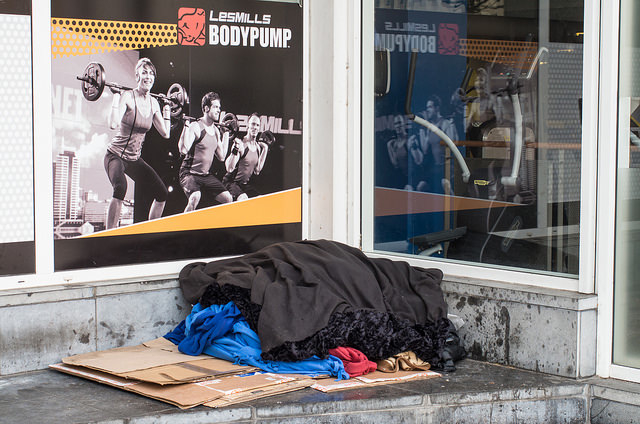 While the EU is hoping to recover growth and competitiveness through an ambitious investment plan, EU grandees are ringing the alarm bell over a lack of proper social investment, and urge the Commission to enlarge the scope of the so-called Juncker plan.

In a new report released on Monday (23 February), a high-level group set up by the Friends of Europe think tank is making the case for taking a broader approach to investment, especially in caring arrangements for the deprived and underprivileged, and in education and training.

“That is essential to avoiding long-term burdens on economic growth,” finds the group, which includes a number of former Commissioners, officials, activists and scholars.

“Growing inequalities have turned the EU unequal and unbalanced between people, but also member states,” they argue, adding that the break-up of the Eurozone is still possible and the EU’s social fabric is under major stress.

To reverse the trend, the group insists that human investment must be given equal priority with investment in infrastructure, innovation and all the other areas seen as crucial to Europe’s global competitiveness.

The Juncker investment plan is supposed to unlock €315 billion to finance projects aimed at kick-starting the EU economy.

Even though the plan is expected to create over 2 million jobs over three years by launching grand infrastructure projects, investing in people is equally important to the new investment efforts, EU grandees insist.

The challenge isn’t just to raise education levels, but to bridge the widening skills and education divide between the ‘haves’ and ‘have-nots’,  reads the Friends of Europe report.

EU and member states at odds

The group rightly points out that social policy is primarily the responsibility of member states, “but many of them lack confidence in the European social model while the EU lacks a sense of common purpose that inspires policymakers”.

“There is a controversy and confusion of who should do what,” the group noted, stressing the need to regain confidence in the future of European welfare states.

The crisis has certainly shaken the welfare state as we know it, but there is room for change and cohesion between EU member states. This implies also addressing tensions between generations and boost trust on issues like mobility and migration.

“We need a level of social investment across Europe that will equip welfare states to respond adequately to modern kind of social risk,” David Begg, vice-president of the European Trade Unions Confederation, told EURACTIV. “This requires an adequate tax base.”

Recent data has shown that more than a third of the population in Bulgaria, Romania, Greece, Latvia and Hungary are at risk of poverty and social exclusion. In half of the EU’s 28 member states, at least one in three children live in poverty.

In Germany alone, 12 million people are considered poor, more than ever recorded according to another study by a German welfare association, which indicates the country’s new minimum wage is not likely to help the situation.

At a recent conference on inequality last week, activists were unanimous in urging the Juncker Commission to put back Social Europe at the centre of its policy agenda.

Conny Reuter, Secretary General of Solidar,  lamented that President Juncker has completely disregarded the social dimension of the European Union from the economic governance paper he presented to EU leaders two weeks ago.

“That balancing measures are needed has been shown again by the report on Employment and Social Developments 2014, which gives evidence that the economic and social divergences in and between European member states and regions are increasing and so are inequality and poverty,” he said.

The Barroso Commission has pushed through a Social Investment Package in 2013, with the thinking that social policy is a productive asset, not just a pure cost-factor. But implementation in member states has been slow, a Commission official told EURACTIV.

That’s why the Juncker Commission must imperatively highlight the economic benefits of social public spending, the Friends of Europe high-level group insists. Recent OECD research on the impact of social equality on economic growth has shown the crucial role of social policy, but that has not reached public opinion yet.

There is a risk that mainstreaming social policy will remain an empty concept and will be discredited, if the Commission does not clarify how it intends to put it on the par with macroeconomic objectives.

And the authors of the 2014 Global Risks Report, published by the World Economic Forum (WEF) in Davos, regard the growing gap between rich and poor as the greatest risk for the global economy.

The new President of the European Commission, Jean-Claude Juncker, has announced a plan to mobilise €315 billion in an effort to kick-start the European economy.

The details of the plan were revealed on 25 November. Capital from the EIB, based in Luxembourg, is at the centre of the plan, which involves creating a European strategic investment fund, as well as tools to allow the EIB to take greater risks in its investments.