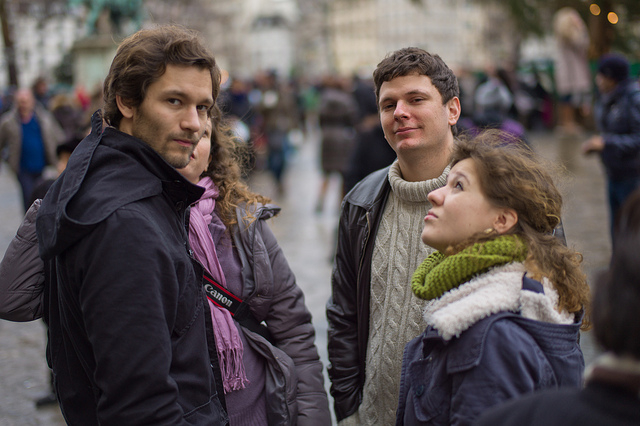 France plans to expand its youth employment programme to cover 61 new departments, but the renewal of European funding to support the programme after 2015 is uncertain. EURACTIV France reports.

The Youth Guarantee is growing in France. Initially launched in 10 departments, the scheme aims to help young people under the age of 25 to get into work or training after finishing their studies. The French government now wants to enlarge the scheme across a further 61 departments in 2015.

The expansion of the programme will see it support 50,000 young people in 2015, and 100,000 in 2017, according to François Rebsamen, the French Employment Minister. These youths will benefit from personalised tuition to help them into work, as well as receiving a monthly remuneration of 450 euros.

€164.2 million in state funding is set aside for the scheme in the 2015 French budget, with a further 31.4 million euros coming from the EU’s Youth Employment Initiative fund. The proportion of European funding is set to rise over the course of 2015, to reach around 50% of the total.

The problem is that the European Union has already focused its entire €6 billion budget for the Youth Employment Initiative (YEI) on the years 2014 and 2015, in an attempt to rapidly respond to the situation. Beyond this point, no funding is guaranteed.

“The renewal of the YEI will depend on its results, but also on its execution,” the European Commissioner for Employment, Marianne Thyssen, warned during a visit to Paris.

She insisted that she would “need to see results”.

But the YEI is yet to produce the results promised by Europe’s heads of state and heads of government at its launch in 2013. The Commissioner said, “for now, we are seeing what can be done within the EU to help the member states speed things up”.

In June, France became the first country to secure approval from Brussels for its youth employment scheme. The European Commission promised to provide 310 million euros from the Youth Employment Initiative, and a further €310 million from the European Social Fund, in order to help young people to find work in areas with youth unemployment rates of over 25%.

The scheme’s critics speak out

France has announced its support for the renewal of funding for the period 2016-2020, on the condition that it brings results, while others, including Angela Merkel, have been quick to criticise the scheme as cumbersome, complex and sluggish.

The future of the Youth Employment Initiative’s funding will be decided at the 2016 mid-term review of the EU’s Multiannual Financial Framework for 2014-2020.

“There is still one fundamental argument in favour of maintaining the scheme. Nobody can deny that young people are having trouble entering the European labour market,” the French MEP Élisabeth Morin-Chartier said. “If this policy of supporting young people proves to be successful, we must continue and even intensify it in the future,” she added.

According to figures published by Eurostat for October 2014, youth unemployment in the European Union has fallen slightly since October 2013, from 23.3% to 21.6%. Within the eurozone, unemployment among people under the age of 25 fell from 24% to 23.5%.

In the countries worst hit by the crisis, the figures remain unsustainably high. Youth unemployment stands at 49.3% in Greece, 53.8% in Spain and 43.3% in Italy.

In February 2013 the EU's heads of state agreed to launch a Youth Employment Initiative worth 6 billion euro, aiming to have the scheme up and running by January 2014.

At a summit in June 2013, they agreed to release 6 billion euro to alleviate the unemployment epidemic, which was made available for 2014 and 2015.

A Youth Guarantee scheme, introduced by each EU country according to its individual needs, will apply to young people who are out of work for more than four months. It aims to give them a real chance to further their education, or get a job, apprenticeship or traineeship. The EU has a 2020 target of 75% employment for the working-age population (20-64 years).