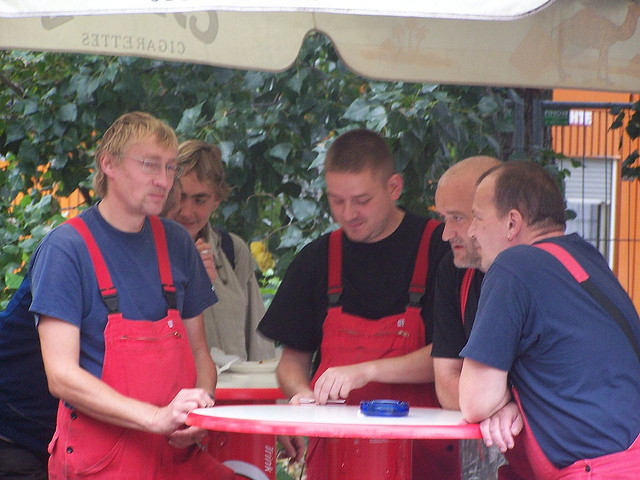 European Employment Commissioner Laszlo Andor said wages in Germany were not climbing sharply enough and the government should ensure that salaries increased in line with productivity.

Andor did not spell out his reasons, but some economists and officials have supported the case for higher German wages as a way of reducing Berlin’s competitive advantage over other euro zone members and ironing out imbalances across the region.

“For about 10 years now wage increases in Germany have not kept up with the development of productivity, by a long stretch” Andor said in an interview with German newspaper Welt am Sonntag published on Sunday.

“The German economy has registered significant increases in productivity but by comparison the development of wages has been relatively weak.”

Years of wage restraint, along with labour market reforms, have boosted Germany’s economy. There have been recent signs of rising pay packets though, supported by unions and some economists who say it will boost domestic demand and help the faltering euro zone recovery.

Wages fell in real terms in 2013 for the first time in four years, partly due to a decline in bonuses and one-off payments. But they rose by 1.3 percent in real terms between January and March 2014 compared with the same period in 2013 – their biggest increase in almost three years.

At a time when there are fears of deflation, Jens Weidmann, president of the Bundesbank, which has historically advocated wage restraint, has welcomed above-inflation pay rises in some sectors in Germany, where price pressures are firmer than in many other euro zone countries but still weak.

Weidmann attributed wage gains of 3 percent to inflation of some 2 percent over the medium-term, plus productivity growth of 1 percent, the Frankfurter Allgemeine Zeitung newspaper reported him last month as saying.

The European Central Bank has been reported to support the Bundesbank in its appeals for higher wage deals in Germany.

Andor also criticised some countries where wages have risen more steeply than productivity: “That’s not acceptable either,” he said.

Andor said Germany had a special responsibility in Europe given the size of its economy. He said it should significantly increase its public investment, boost demand and reduce its “excessive export surpluses, which are hurting other European countries”.

Last year Washington reprimanded Berlin for its reliance on exports, saying this was hampering Europe’s economic stability and hurting the global economy.