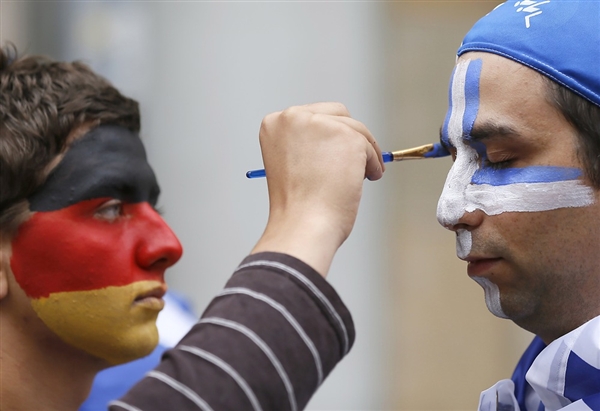 [Courtesy of Station to Station magazine]

In an attempt to bridge cultural differences and break down national stereotypes among young people, Berlin and Athens have decided to establish a Greek-German Youth Institute. EURACTIV Greece reports from Germany.

The “reconciliation” agreement was signed on 12 September between the ministries of education of Greece and Germany. It includes a variety of activities like internships, school and youth exchanges as well as visits to places where the Nazi atrocities took place.

According to sources, the Institute will be established as an international organisation and will cost approximately €6 million. It will be funded by both the Greek and German government.

The financial crisis has created prejudice among Germans and Greeks and the two governments are making efforts to bring their peoples together.

In the past Germany has signed similar agreement with Poland and France, aiming at healing the wounds of the Second World War.

“More than 3 million young people benefited from that. We had ten bilingual schools in France and in Germany”, said Sigrid Skarpelis-Sperk, former Social-Democrat MP and leading figure in the initiative, during the first meeting of the project in Bad Honnef in Germany.

“[Back then] we decided to change the relations with our neighbours. Not only shaking hands but also promoting stubborn ideas for friendship,” she added.

The role of the economic crisis

Many participants were wondering why the agreement with Greece has come so late, considering the atrocities of the Nazi troops in Greece during the Second World War.

“Our goal is the rapprochement of our societies […] The project aims at bringing our young people together as well as improving the bilateral Greek-German relations,” noted the Greek Secretary General for Youth, Panagiotis Kanellopoulos.

He admitted that the ongoing crisis “had an effect” for the creation of the Institute and that Athens “embraced this effort from the very beginning”.

Skarpelis-Sperk also explained that the Institute was part of the negotiations for the form of the German Grand Coalition, as requested by the Social Democrats.

Asked about the “rumours” that Athens is a bit reluctant to join the German initiative, she said: “Maybe. In politics and especially in elections times one has second thoughts. With the agreements with Poland and France there were also people who were not willing to sit on the same table with Germans. But in the end, these institutes were created in the interest of the peaceful cooperation of young people”.

The German former MP was also surprised when she realised that the Federation of German Industries (BDI) was absent from the first meeting of the stakeholders.

“BDI of course should have been invited […] it was an unsystematic move”, she said, expressing the hope that it will participate in the future events.

EURACTIV Greece understands that the content of the initiative has not been finalised yet with many advocating a more “cultural” and “historical” focus while others, particularly from the Greek side, a more economic orientation on youth entrepreneurship.

“No” to war compensations

According to sources in Germany, the “hot potato” of World War II compensation will not be discussed in the initiative activities. “There is no way to talk about war compensation. This is not the proper platform to do so”, a source told EURACTIV Greece.

Greece’s demands for wartime reparations from Germany – particularly in regard to loans during the Nazi occupation – are considered an “open wound” in the Greek-German relations.

The President of the Hellenic National Youth Council, Armodios Drikos, told EURACTIV Greece: “The re-approach of the German and Greek youth is the way out of the social deadlock and media manipulation that have been provoked by the crisis. Only new generations are able to tear down the prejudice and think of our common future. The acceptance of Nazi atrocities will help us read commonly the history and look ahead, based on the education and culture, and not only on the numbers of the fiscal consolidation”.

One response to “Germany and Greece sign ‘reconciliation’ agreement”