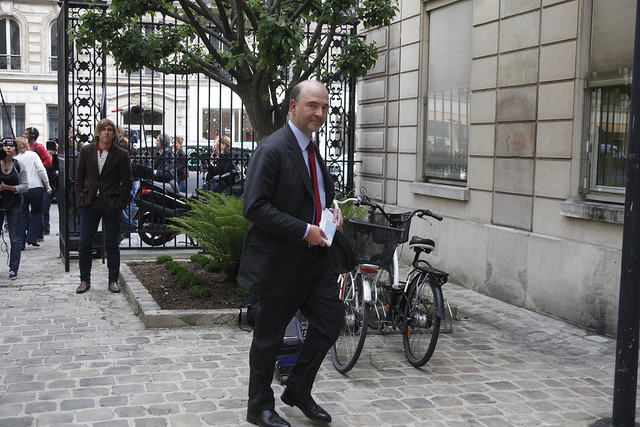 Greece and its lenders discussing a third multi-billion-euro bailout deal have agreed that pension reforms will affect only those who retired after the end of June, labour ministry officials said on Monday (3 August).

When creditors agreed in July to negotiate a deal aimed at keeping it afloat and in the euro zone, Greece committed to implementing major reforms, such as scrapping early retirement, by the end of October.

Lenders want, for example, an increase in the retirement age to 67 from the nominal 62 that falls significantly depending on the number of years worked and family status.

The bailout, worth up to €86 billion, needs to be settled by 20 August if Greece is to pay off debt of €3.5 billion to the European Central Bank that matures that day.

“It has been accepted and is not being questioned that all pension rights established by 30 June will not be hurt,” a labour ministry official said.

For his part, Katrougalos told the semi-state Athens News Agency that talks were held in a “constructive climate.”

“With regards to labour issues, the aim of the Greek side is to define and adopt the best practices based on the European social model, (and) to reverse the deregulation achieved in five years of bailouts,” he said.

The labour ministry official said that Greece will specify pension reforms by October, and submit proposals on labour issues by the end of the year.

Greece is holding most top-level talks with its lenders at a central Athens hotel. Past visits by mission chiefs to government departments have been viewed locally as a violation of the country’s sovereignty.

In a gesture of goodwill, Katrougalos invited the negotiators to talks at his ministry on Monday.

Technical teams also met on Monday to discuss tax, justice and corruption issues. They will talk about setting up a new Greek privatisation fund and about bad loans on Tuesday (4 August), a government official said on condition of anonymity.

EU Economic Affairs Commissioner Pierre Moscovici said he was encouraged by progress so far and called on Greece to soon adopt measures agreed at a summit in July to secure new aid.

“I am counting on our Greek partners to adopt an ambitious agenda so that we can stick to an ambitious schedule,” he said in an interview with Ethnos newspaper. “If all parties deliver on their commitments of 12 July, then a deal can be achieved.”

The leftist government of Alexis Tsipras legislated last month for tax hikes, bail-in rules for banks and justice system reforms as part of a series of actions necessary to start negotiations for a new aid package.