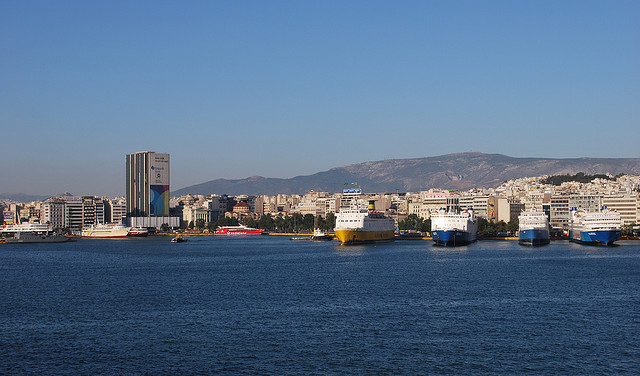 Greece’s government is considering selling stakes in its two largest ports as a concession to reach an agreement with its lenders and unlock bailout funds, a government official said yesterday (29 April).

But hard-pressed for cash and with its eurozone partners and the International Monetary Fund demanding policy concessions before they agree to release remaining bailout aid, the government has softened its stance.

“The negotiating team wants a deal with lenders and we are willing to sell Piraeus and Thessaloniki ports, 51% stakes,” a government official told reporters.

“This has not been decided, but in order to reach a deal, we may do it.”

Earlier this month, Economy Minister George Stathakis said the government had no plans to sell a majority 67% stake in Piraeus Port, but would seek investors for a joint venture with Greece retaining a substantial stake.

Cut off from markets and fast running out of cash to pay salaries, service loans and redeem maturing debt, Athens has only days left to reach a cash-for-reforms deal.

Compromises the government is willing to consider in its bid for a deal include value-added tax rates and some pension reforms.

“We are open in the negotiations to look into the VAT rates and pension issues,” the official said.

Athens could consider a flat VAT rate on all goods and services except foods and books, and adjustments in the supplementary pensions, but not cutting those which are below €300 a month.

On increasing the minimum wage, a campaign pledge, the official said Athens would consult with the OECD and the International Labour Organisation before taking any action.

“We are flexible,” the official said.

Another government official said mass layoffs and pension cuts were still among the government’s red lines.

A meeting of the so-called Brussels group – representatives from Athens and its European and IMF creditors – is due in Brussels today (30 April).

After a Eurogroup meeting of finance ministers on Friday in Riga ended with no results, Tsipras on Monday shook up the negotiating team by the government’s Chief Economics Spokesman, Euclid Tsakalotos, as the chief negotiator.

The acrimony in the negotiations has been blamed on Varoufakis who defended himself in an interview with a German newspaper, insisting he was still in charge despite the recent shake-up.

“Yes, I’m in charge. I’m still responsible for the talks with the Eurogroup,” Varoufakis told the weekly Die Zeit in an interview to be published on Thursday.

“I’m supported by various government members, not least by good friend Euclid Tsakalotos. The fact that some media are portraying as if he is replacing me in the talks is just another proof of how low journalistic standards have sunk,” he said.

In a demonstration of factional infighting on the left, it was reported that the openly Marxist Varoufakis came under attack by anarchists, while dining with his wife in a central Athens restaurant.

Some analysts saw Greece’s reshuffling of its negotiators as a bid to placate its EU-IMF creditors.

But others remain wary of possible manoeuvering by Athens to play the clock, and pressure its EU partners to accept a less rigid reform deal in order to avoid the potentially disastrous scenario of Greece defaulting and being forced out the euro in the absence of an accord.

While speaking positively of Athens’ new negotiating team as appearing “more coherent, as more prepared to engage in reforms”, EU Economics Commissioner Pierre Moscovici said yesterday so much time had been lost in earlier clashes with defiant Greek negotiators that it had now become “urgent” for the new group to reach a deal.

Moscovici dismissed a Grexit scenario as implausible because “the EU wants Greece to stay in the eurozone”.

“There is no Plan B, (and) there is no alternative,” he said.