Greece on the brink of ‘education tragedy’ 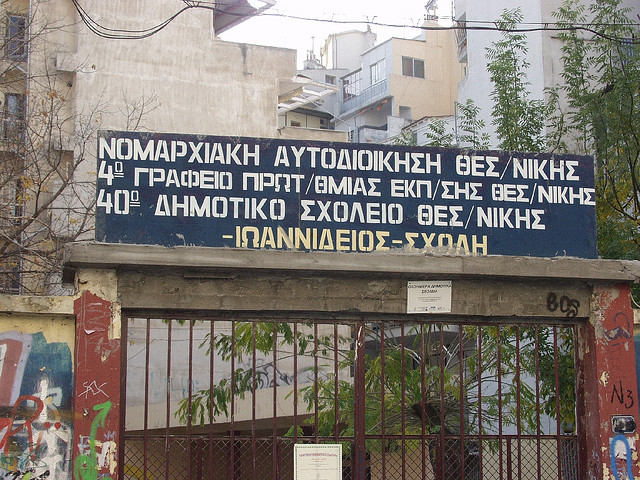 The report by the General Confederation of Labour in the area of Education and Lifelong learning ( KANEP-GSEE), examined the state of the Greek primary and secondary education system in the 2002-2014 period.

“We are on the brink of an unprecedented education tragedy in recent decades,” the authors of the report warn, underlining that the issue is mainly “political”.

The alarming report warned that Athens was a champion in underfunding and inequalities in its education system, as well as a laggard in innovation and learning results at the EU level.

The report stressed that actual expenses did not reflect the amount of money earmarked in the annual budget of Greece.

Eurostat, the EU’s statistics office, said that public expenditure on education accounted for 4.5% of GDP in 2013. However, it was just 3.2% of GDP, according to official statistics by the State General Accounting Office.

“A 1.3% difference is excessively high […] and it cannot be accepted,” the report reads.

The underfunding, in combination with the “ineffective study programmes”, resulted in low educational performance. Greek students are amongst the worst performers in basic subjects (mathematics, language, natural sciences).

NEETs on the rise

The report also found that during the crisis the number of NEETs (young people not in education, employment, or training) has “dangerously” risen.

“We need to note out that although Greece does not have particularly high rates of school early leavers, it shows a rapid increase in the number of NEETs,” KANEP’s director, Christos Goulas, told EURACTIV, adding that this increase is closely connected with the constantly rising youth unemployment rate.

Another conclusion of the report is the poor quality of infrastructure in lower secondary education.

Directors of secondary schools noted that 21.0% of pupils aged 15 were faced with insufficient heating, cooling and lighting that prevent “too much” or “much” of the learning process.

The rate increases to 34.8% when it comes to shortages in learning spaces (classrooms, corridors, stairs, sealing issues, cleanliness, etc.) to an extent hindered the smoothness in the learning process at school.

Due to austerity policies, no school has been built or renovated for the last 6 years.

Commenting on the report, the Federation of Private School Teachers in Greece (OIELE), said:

“The conclusions of the report highlighted the major problems of the Greek education and the dilutive effect of [austerity-driven] memoranda of understanding [MoU] that exacerbated an already decadent situation.”

“Contrary to what happens in the rest of Europe, vocational training in Greece continues to be an education of "second category". It is important to understand the importance of increasing the attractiveness and quality of vocational education, as it is one of the most important pillars in our fight against youth unemployment,” KANEP’s Director, Christos Goulas, told EURACTIV.