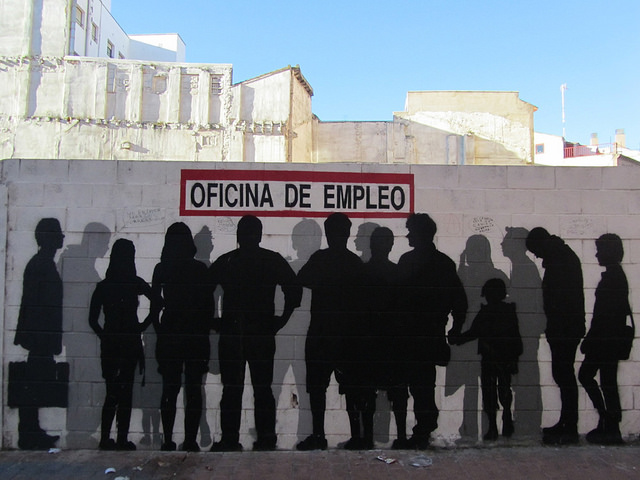 Job creation in Europe is dependent on how well the investment fund will be used. [Marta Nimeva Nimeviene/Flickr]

But if the three-year plan, announced by Commission chief Jean-Claude Juncker in November, fails to attract and leverage private investment, it would create just 400,000 new jobs, barely making a dent in the EU’s 23 million unemployed, it said.

“If the plan is well-designed, by contrast, the number could reach 2.1 million new jobs by 2018. This would enable a reduction in the unemployment in the European Union by 0.9%, almost 1 percent lower unemployment rate by 2018. It’s a significant number,” Raymond Torres, director of the ILO’s research department, told a news briefing.

“The Juncker plan is potentially an important way to stimulate the real economy directly in complement to the monetary injections that have been announced by the European Central Bank,” he added, referring to the massive bond-buying programme announced last week.

But investors being asked to stump up most of the cash have said Europe needs to come up with more government money and more details if its grand plan to boost growth via new infrastructure projects is to get off the ground.

The plan of loans for infrastructure and small business is meant to include €252 billion in private investment to help bring down current EU-wide employment of some 10 percent, the ILO stated.

“Therefore it is very important to involve projects with large economies of scale, for example energy networks in Europe or green investments, which have a large externality and would not be carried out normally by private investors alone,” Torres explained.

“So it’s very important that the plan includes a strong component of involvement of small enterprises through, for example, credit guarantees, so that full leveraging of funds is done,” he said.

Distribution is key, and funds should not be diverted away from countries and sectors that are most in need, the ILO stated.

The European Investment Bank has invested more in Austria, a low unemployment country, than in Portugal, said Torres. It has also invested much more outside the EU than in Greece.

“So we hope that in the final plan that will be adopted there will be more consideration to the country allocation of the funds, and in particular that high unemployment countries would receive more,” he added.

European Trade Union Confederation (ETUC) Deputy Secretary General Józef Niemiec said, “The ILO have proved that the European investment plan is too small. Reducing Europe’s 25 million unemployed by less than 2m is a start, but far from enough. What about the remaining 23 million unemployed? The €315 billion investment plan is a step in the right direction, but the funds available need to be increased by European Governments.”

“The number of jobs created should be one of the criteria for choosing investment projects.  At the same time there is a need to ensure that these are quality jobs.”

The new president of the European Commission, Jean-Claude Juncker, has announced a plan to mobilise 315 billion euro in an effort to kick-start the European economy.

The details of the plan were revealed on 25 November, and were on the agenda for the December meeting of the European Council. Capital from the EIB, based in Luxembourg, is at the centre of the plan, which involves creating a European strategic investment fund, as well as tools to allow the EIB to take greater risks in its investments.