Students protest against the government, and banks. Milan, March 2012. [Shutterstock]

“I think we have a big problem in Europe, (with) youth unemployment, but we are changing things with our structural reforms,” Merkel said at the closing press conference. “The EU has already allocated €9 billion into a fund initiative, and the Commission has set up a platform to distribute the money. All young people can use this network. It’s important to invest, but we also need to know where. We know that the digital sector will become important,” Merkel continued.

Meanwhile, Italian Prime Minister Matteo Renzi tried to bring up a discussion of budget flexibility for some member states, that are going to exceed the EU’s fiscal rules on budget deficits in the years to come. This was not officially on the summit’s agenda. Renzi said that Italy aims to limit its budget deficit to below 3% to gain credibility, though he believes the rules were designed for Europe’s situation ten years ago, “in another world”. The prime minister even mentioned that back then Germany surpassed the 3% budget deficit. 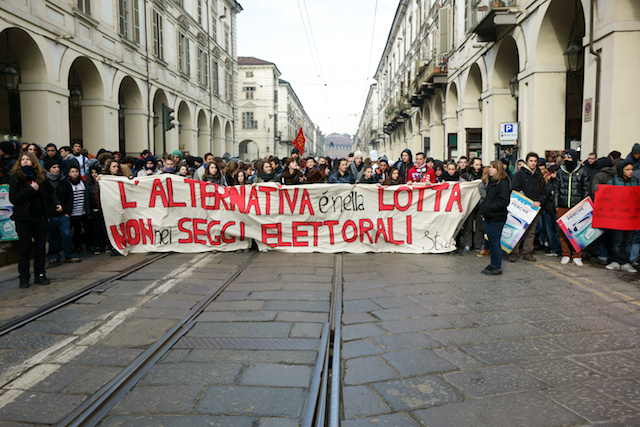 However, according to Hollande, there wasn’t much discussion about the budget among EU leaders. “Today, we didn’t talk about the budget. There are meetings already planned for the end of October and in December. We will use the allowed tools for flexibility,” the French president said.

“The only employment this summit has created is for EU diplomats, journalists and hoteliers in Milan. It is purely a public relations exercise aimed at enhancing Italian prime minister Renzi’s image as someone fighting against unemployment,” they said in a statement.

“EU leaders already decided earlier this year on a European Youth Guarantee Scheme, amounting to €6 billion, to tackle youth unemployment, but nothing has happened since. Instead of trying to raise their media profile, EU leaders should come up with actual concrete proposals to combat unemployment, and not only youth unemployment,” the Green MEPs continued.

According to Eurostat, the EU’s statistics agency, 24.8 million adults, equal to 10.2% of the EU’s labour force, were unemployed in the 28 member union during the month of July. Greece and Spain have the highest unemployment rates at 27.2% and 24.5% respectively. The youth unemployment rate also continues to be very high in those to countries, currently estimated at 60%.

>> Read: Jobs and growth summit kicks off in Italy

Employment Commissioner László Andor also critisised the high-level conference. Andor wrote on the social media twitter that he was surprised that the European Youth Forum, a youth organisation, wasn’t invited to Milan.?

“Continued involvement of youth organisations in the Youth Guarantee delivery is key,” the Commissioner tweeted.

“Enhancing the quality and quantity of work-based learning across the EU is crucial to tackling youth unemployment and crucial to our ability to grow, innovate and prosper in a global economy. This is why a flagship initiative on apprenticeships must be a key element of the revised Europe 2020 Strategy.”

Between 2007 and 2013, youth unemployment reached record highs across Europe, dramatically increasing from 15.7% to 23.4%, according to Eurostat. EU heads of state and government agreed in February 2013 to launch a €6 billion Youth Employment Initiative (YEI) to get more young people into work. Later at a summit in June, the amount was increased to €9 billion.