Věra Jourová said she feels more comfortable working as a female member of the European Commission than she did as a Czech government minister.

“After two months I had to check every morning whether I’m still a woman,” the  Commissioner for Justice, Consumers and Gender Equality said of her time in the Czech government.

Referring to a predominantly male culture within the Czech government, Jourová said she needed to switch to a “man’s way of thinking” to promote her own work.

“In the Commission I don’t have this feeling, I’m not checking anymore,” she added.

Jourová was previously the Czech Minister for Regional Development, before she took up the Commission job in autumn 2014.

Speaking at a Brussels event promoting women in the technology industry, Jourová recalled criticism of her Commission appointment in the Czech press.

“How many articles were there in the media that said ‘Who is this Jourová’? Who is she? ‘Her only qualification is that she was born 50 years ago as a woman’?”, Jourová told the audience.

“How could I defend myself? I had to come to the Commission and show that I could come and do no worse than my male competitors.”

Commission President Jean-Claude Juncker famously insisted before he took office that EU countries must put forward a total of at least nine female candidates for cabinet positions in Brussels. His predecessor, José Manuel Barrosso, had nine female Commissioners in his cabinet. Juncker revealed that he struggled with national leaders and had to coax them into recommending more female candidates.

“I must say I got to the Commission based on a quota,” Jourová said. 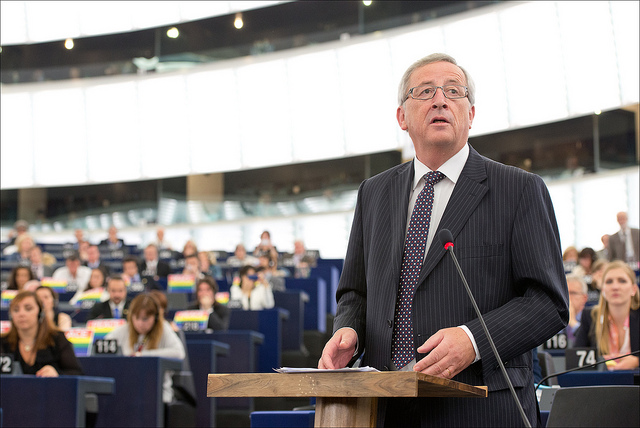 Jourová defended the draft bill that her predecessor Viviane Reding proposed in 2012 to get a 40% mandatory quota for women on the boards of publicly listed companies. The European Parliament approved the directive in 2013, but EU member states have pushed back against a binding EU quota.

“Sex is not a qualification. There must be fair competition,” she said.

Jourová was introduced at the event by Matt Brittin, Google’s head of European operations. Brittin said that out of the one million Europeans Google trained last year in digital skills, 43% were women or young girls.

“It’s not 50/50 but it’s a big step forward from the kind of numbers we’ve seen at technology companies,” Brittin said.

The Commission and some tech companies with offices in Brussels have been promoting their efforts to boost the number of women in technology sector jobs. The fifth annual ‘Girls in ICT Day’ took place on 28 April.

Recent statistics from the European Commission and Eurostat show that women are severely underrepresented in European technology companies compared to other sectors.

European Commission President Jean-Claude Juncker asked EU member states to put forward female candidates for commissioner roles in his cabinet starting in autumn 2014. Juncker revealed that he struggled with national leaders in the summer before he took office and had to repeatedly ask them to recommend more women for the jobs. Juncker's cabinet now includes nine women, including three vice presidents and six Commissioners.