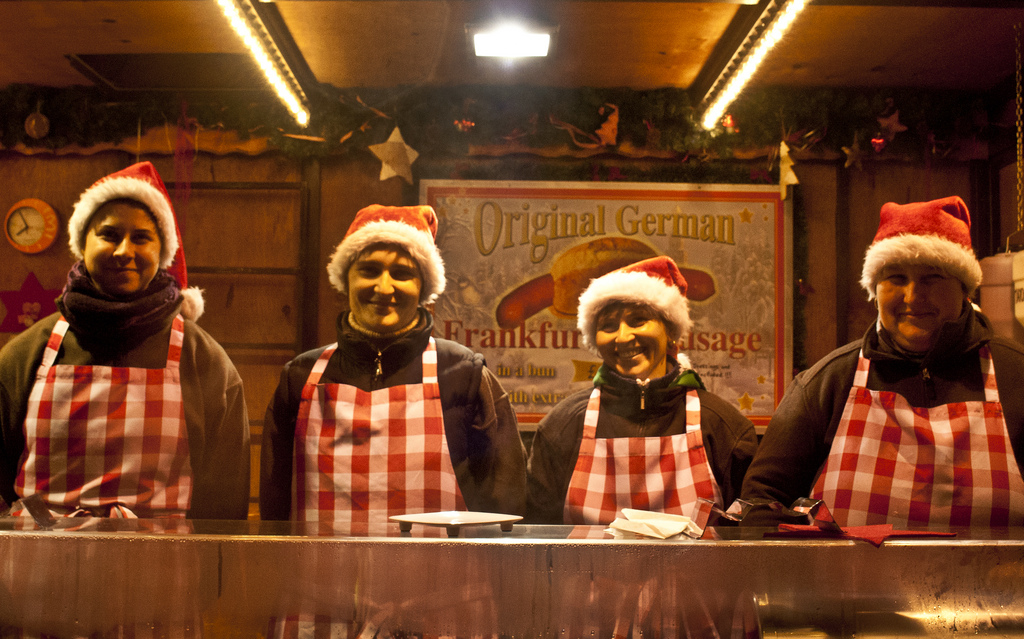 Following heated debate, MEPs gave the green light Wednesday (April 16) to “improved” legislation on the posting of workers. However, the compromise is still subject to harsh criticism, especially in France, where it remains a controversial topic.

The legislation was adopted on Wednesday afternoon in Strasbourg with 474 votes in favour and 158 against. The vote was hailed as a victory by both centre-right and centre-left political parties, which have fought hard to review the directive, which was blamed for inviting social dumping from European firms using low-cost workers.

It is viewed as especially significant in France, where the far-right has gained ground at the last municipal elections, and is expected to make an even stronger showing at the European elections on 25 May.

Although Le Pen rarely shows up in Parliament and almost never takes part in European negotiations, this time she was not alone in attacking the EU-level compromise. On the other side of the political spectrum – be it the far left or the trade unions – the feeling is that the revised Posted Workers Directive does not go far enough in “putting the worker before the market”.

Jean Luc Mélenchon, the co-leader of the Left Party (Parti de Gauche), said that he did not want to “restrict freedom of movement” but rather “promote social equality” and “create fraternity between the workers”, something he says this legislation “does not do” as it “creates competition between the workers” and “exploits” them “for their price”.

French member of the European Peoples’ Party (EPP), Philippe Boullland, who hailed the compromise as “excellent work”, admitted nonetheless that France had to “reform” its system of inspections, and increase the number of inspectors across the country.

Trade unions voiced their discontent as well, explaining that the directive could actually weaken national controls by giving the European Commission a right to “interfere” with certain measures.

“One example of the vote weakening enforcement is in the area of sub-contracting,” the European Trade Union Confederation said in a statement after the vote. “Eight member states have national laws making all companies in the sub-contracting chain potentially liable for breaches of contract such as non-payment of wages. The Enforcement Directive agreed by the Parliament allows such laws only as long as they are ‘proportionate’ – which gives the European Commission a green light to screen such legislation in the light of allegedly more important internal market objectives,” ETUC said, calling for an “urgent” strengthening of the directive.

The text does however introduce a number of improvements.

Karima Delli, a member of the French Greens, warned against “listening to the sirens of the demagogues” and called on members of the Parliament to “remember the progress the compromise represents”.

The new legislation, which will have to be translated into national law by 2016 in all member states, is an “enforcement” of the original 1996 directive, and reviews a number of shortcomings it contained.

The new text gives a clear definition of what “genuine posting” is and identifies “bogus self-employment”, a status used by some employers to avoid paying social contributions. It also allows for more control measures, and administrative requirements by the national authorities, reinforces cooperation between member states by setting deadlines for the transmission of documents. Finally, the final text makes information for the worker more transparent and more easily accessible by creating a single website, translated in various languages and easy to understand.

A compromise at the ministerial level was reached late last year, when Poland was hailed by its European partners for making big concessions on the issue, meaning little room for manoeuvre was left for the European Parliament after that.

Poland is the country which sends the most posted workers abroad.

The European Commissioner for employment and social Affairs, Laszlo Andor said: “I welcome today's approval by the European Parliament of the proposed Directive to better enforce EU rules on the posting of workers. It sends a clear signal on the eve of the May European elections that Europe does not accept fraud and abuse at the expense of posted workers. The European Parliament has recognised the political importance of putting in place new tools to safeguard posted workers' rights, strengthen the legal framework for service providers and building up trust in the Single Market. They have demonstrated once again Europe's commitment to tackle 'social dumping'. Europe's labour market should be about creating more and better jobs, and not about a race to the bottom.

The European Peoples’ Party MEP and rapporteur on the file, Danuta Jazlowiecka declared: "The Parliament has adopted a text that responds in a balanced way to expectations both by workers and employers. Due to strong unanimity within our Group, we have managed to vote down amendments tabled by some Members from the S&D and GUE Groups aimed at threatening the compromised reached by all Institutions. The EPP Group has behaved today in a determined and responsible way and voted in favour of workers' protection and freedom to provide services. This is what we need now in order to secure safe and stable jobs in order to bring growth back to Europe"

Pervenche Bérès, Socialist and Democrat MEP from France and president of the social affairs committee of the European Parliament welcomed the vote: “French socialists are proud of the result we reached thanks to the decisive action of the French government. This deal represents a victory against social dumping in Europe.”

Nadja Hirsch from the Alliance of the Liberals and Democrats for Europe said: “As liberals we strongly support the principle of free movement of workers in the EU. Within a Europe of open borders there is one open labour market.  It is crucial to remove barriers to labour market mobility. But commitment to more mobility for workers should not result in abuse of foreign workers. A European labour market also includes European workers’ rights. Existing rules on employment conditions for posted workers such as minimum rates of pay, holidays, maximum working hours and minimum rest periods, as well as health and safety at work should be better enforced. To combat bogus-self-employment, national control bodies must cooperate more closely.”

The Secretary General of the European Trade Union Confederation, Bernadette Ségol, expressed her disappointment by saying: “Mr Barroso has failed to do what he promised which is to resolve the shortcomings in interpretation and implementation of the Posted Workers Directive. It is deeply frustrating and disappointing. A strengthening of the Directive itself is now more urgent than ever.”