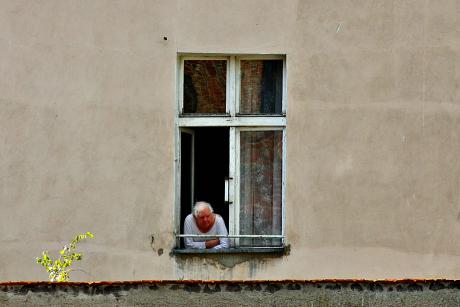 The poverty report indicates that poverty in Germany is rising particularly quickly among pensioners. [Chris/Flickr]

Poverty has reached a historic high in Germany, according to a report by the welfare organisation Paritätischer Wohlfahrtsverband. The report indicates around 12.5 million people were affected in 2013 – an increase from 15% to 15.5% compared to the previous year.

“Since 2006, there has been a clear and dangerous trend toward more poverty,” said Ulrich Schneider, managing director of the umbrella association Paritätischer Gesamtverband. Within this period, the report indicates that the number of poor in Germany grew by 11%.

“Poverty in Germany has never been so high and regional fragmentation has never been as serious as it is today,” Schneider warned. The German government’s assertion from the last poverty report, claiming the income gap is closing, Schneider described as “simply false”.

As a result, Germany is nearing the European average with regard to poverty. EU statistics indicated that close to one-fourth of the EU population were at risk of poverty or social exclusion in 2013.

While the report found that poverty increased nationwide, the gap between regions least and most affected by poverty rose from roughly 18% to almost 25% compared to 2006. German regions most severely affected were Bremen, Berlin and Mecklenburg-Western Pomerania.

>>Read: Eurostat: One out of four EU citizens at risk of poverty

Almost half of single parents is poor

Single mothers are particularly at risk for poverty, the report found, with more than 40% in this group falling into the category of being poor. But although Germany’s unemployment rate has been decreasing for years, poverty is also rising among the entire population.

“Poverty is homemade,” Schneider pointed out, commenting on the finding. Germany obviously has distribution problems amid growing wealth, he said.

Meanwhile the welfare organisation Paritätischer Wohlfahrtsverband does not see any potential benefit from the new minimum wage, which took effect at the start of 2015. The comprehensive legal minimum wage requires that employees and most interns in Germany earn at least €8.50 gross per hour.

This is a “good sign”, Schneider said, but it does not change the fact that many poor are and will remain mini-jobbers or receive government support on top of their income to reach subsistence.

Under the programme, long-term unemployed without a professional degree are to receive wage subsidies within the private economy. In addition, coaching sessions are intended to ensure that companies also keep programme participants after the subsidisation period.

Between 2015 and 2019, the ministry hopes to support 33,000 people with the planned federal programme, investing around €900 million which will, in large part come from resources in the European Social Fund (ESF).

Unemployment and poverty threaten to become the norm

According to the Paritätischer Gesamtverband, this measures will only help a small portion of the people at risk for or affected by poverty. To have a real effect, the welfare organisation argues, the publicly subsidised employment sector should be expanded.

Schneider also indicated his concern that, under the current circumstances, unemployment could become more and more a part of everyday life and set a dubious example for the younger generation. “In many regions, residents of entire streets have lived without a job for a long time. For the children who grow up there, dependence is completely normal.”

Unions also called for rapid counteractive measures in light of the development. Annelie Buntenbach, a member of the board at the German Federation of Trade Unions said, “precarious work like temporary employment and abuse of employment contracts must be driven back”.

A particularly alarming development revealed by the poverty report was regarding pensioners. The number of poor in this group increased dramatically, by 48% since 2006.

Schneider called these numbers a “poverty policy landslide”. No other population group shows a more rapid development toward poverty, he said. Since 2006, the percentage of those in poverty increased at four-times the rate seen in other groups.

The social welfare association VdK also expressed its concern. “In light of the good economic conditions, it is a paradox that poverty not only fixes itself within certain parts of the population but even draws more and more into its whirlwind,” the VdK’s president Ulrike Mascher said.

Further, the Vdk blames retirement developments over the past few years for the increase in age-related poverty.