In an attempt to fight social dumping and fraud, the European Commission proposed on Tuesday (8 March) a review of the contentious Posting of Workers Directive, which regulates people employed in one EU country, but sent to temporarily work in another country.

The new proposal intends to redress so-called ‘social dumping’, where European companies use low-cost workers to circumvent the labour laws of the host country.

The revision of the 1996 EU law has sparked controversy in the past, as the 28-country bloc struggles to reconcile the freedom to offer cross-border services, a cornerstone of the internal market, with clear differences in wages and levels of social protection.

“I have said from day one of my mandate that we need to facilitate labour mobility, but that it needs to happen in a fair way. Today’s proposal will create a legal framework for posting that is clear, fair and easy to enforce,” said Commissioner for Employment, Social Affairs, Skills and Labour Mobility, Marianne Thyssen.

The number of posted workers has increased by almost 40% in the last 4 years reaching almost 2 million in 2014, according to the Commission.

The review, which has been pushed by a group of like-minded countries such as France, Germany and Belgium, has ticked the promise made last year by European Commission President Jean-Claude Juncker, who said he wanted to make sure that workers would get “the same pay for the same job at the same place”.

However, the Central and Eastern European countries have long criticised the revision fearing a backlash on their companies’ competitiveness.

Even trade unions have slammed the proposal, arguing that it delivers equal pay for many, but not all posted workers.

“The proposed wording on remuneration has been improved from earlier drafts. However, the proposed restrictive definition of the type of collective agreement recognised is not satisfactory: excluding most sectoral collective agreements in some countries (including Germany and Italy), and all company-level agreements,” the European Trade Union Confederation (ETUC).

“President Juncker promised equal pay for equal work and has delivered it with a significant loophole,” said Luca Visentini, ETUC General Secretary. “We appreciate Commission’s intentions and efforts, but the solution proposed is not satisfactory,” adding that workers and trade unions will be obliged to continue to go to court to see their rights recognised.

Trade unions and employers’ organisations had asked the Commission to delay the proposal to allow time for a consultation with social partners but they were ignored.

BusinessEurope has argued that amending the 1996 directive was not necessary to ensure fair competition in the single market. The new EU enforcement directive dating from 2014 has not yet been fully implemented as the deadline for national transposition is 18 June 2016, according to the employers’ organisation.

The 1996 and 2014 texts together ensure both the free provision of services across internal EU borders and an adequate protection for posted workers, they said. 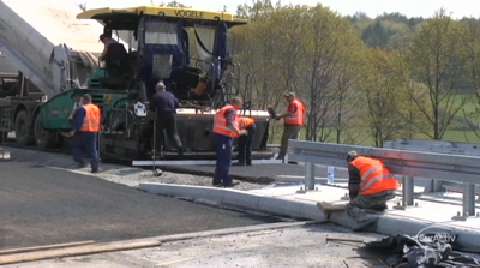 MEPs approved on Wednesday a draft law to improve the working conditions of posted workers, people employed in one EU Member State but sent to temporarily work in another country.

“Changing legislation would bring new uncertainty for business in Europe. It also spurs the danger of opening yet another divisive debate among EU Member States at a time where restoring trust and unity is the priority,” said Markus J. Beyrer, director general of BusinessEurope.

European small construction entrepreneurs disagree. “The  issues  faced  by  our construction  SMEs  are  not  tackled  by  the  2014  directive.  Waiting would not  have  changed  that.  We underlined  the necessity  of  the review to ensure a level playing field for construction enterprises and  to protect the rights of posted workers,” said the European Builders Confederation president Patrick Liébus.

To become law, the proposal will now pass to the Council and the European Parliament.

“We will start now lobbying the European Parliament to correct the text,” added Visentini.

National disputes surrounding the proposals are likely to resurface and long and lively discussions in between the member states and the European Parliament are expected to take centre stage in the coming months.

S&D Group vice-president responsible for economic and social affairs Maria João Rodrigues said: "The Socialists and Democrats have been fighting hard for a revision of the rules on the posting of workers, following evidence of abuses and circumventions of wage agreements and social standards. This was one of the conditions we set to approve the Juncker Commission.

"We will keep up our efforts in the legislative process to prevent the exploitation of workers and ensure fair competition in the Single Market."

Eurociett, the European Confederation of Private Employment Services, representing employment & recruitment industry. underlines that the revision as proposed by the EU Commission is not needed to ensure fair labour mobility. The focus should instead be on a complete transposition of the Enforcement Directive on the Posting of Workers.

“The posting of agency workers is a special case of labour mobility and the provision of services, which aims to address temporary skills needs. Eurociett supports the application of the principle of equal pay as defined in the EU Directive on temporary agency work to posted agency workers, including the option of derogations. Revision of the Posting of Workers Directive is therefore not needed to implement this principle as the current provisions of the Posting of Workers Directive already provide for that option,” said Denis Pennel, Eurociett’s Managing Director.

European Commission: Commission presents reform of the Posting of Workers Directive – towards a deeper and fairer European labour market

One response to “Posted workers revision gets off to shaky start”