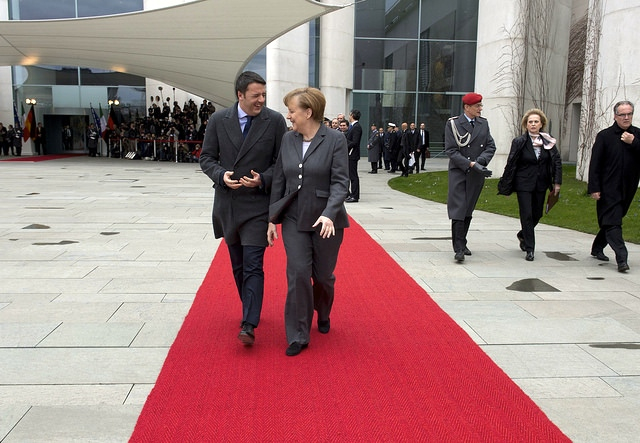 The Italian government is to call a confidence vote on Prime Minister Matteo Renzi’s labour reform plans, sources said yesterday (6 October), angering leftist members of his Democratic Party who are against moves to ease restrictions on firing workers. The vote may coincide with a EU conference on employment in Milan tomorrow.

Renzi wants to cut the number of short-term contracts, boost the role of employment agencies and extend jobless benefits, but he faces resistance from trade unions and a minority of Democratic Party (PD) lawmakers to reducing job protection for workers in large firms.

The 39-year-old former mayor of Florence has staked much of his political credibility on his so-called Jobs Act, though full details of the reform have not been presented and it is unlikely to pass through parliament before next year.

The confidence vote will be held in the upper house Senate on a set of broad-brush proposals including some demands of Renzi’s left-wing party critics, government sources said.

But it will not detail proposals on the sensitive question of the changes Renzi has proposed to article 18 of the Labour Statute, which protects permanent workers in companies with more than 15 employees.

Even though Renzi seems to be delaying this thorny issue, the confidence vote may have the symbolic value of showing Italy’s partners that some progress is being made ahead of an EU meeting on jobs and growth in Milan on Wednesday.

The confidence motion, used as a way of truncating debate, is expected to be formally called in parliament today and could be held as early as tomorrow. If the government loses such a vote it is obliged to resign but this is not considered a risk for Renzi over the relatively bland proposals to be voted on.

Nonetheless, former deputy economy minister Stefano Fassina, one of Renzi’s left-wing party critics, said the decision to resort to a confidence vote was “a sign of weakness” which showed he did not have the full backing of his party.

Renzi, who plans to increase the fiscal deficit next year to try to stimulate the recession-bound economy and is pushing for some leeway in EU budget rules, is facing growing criticism over the slow pace of economic reforms in Italy.

On Tuesday, he will discuss the labour reform at a meeting with trade unions, who have fiercely criticised his plans and threatened to strike if he pushes ahead.

On Monday, the Confederation of European Trade Unions met in Rome and complained that the Italian government, which holds the rotating six-month presidency of the EU, had shown no willingness to include the unions in drawing up its agenda.

Renzi will host an “EU conference on employment” in Milan tomorrow, which will be attended by Commission President José Manuel Barroso and EU leaders. No big decisions are foreseen, but Renzi is expected to promote the Italian labour reform to a wider EU audience.