Report: Unemployment to continue to rise over the next 5 years 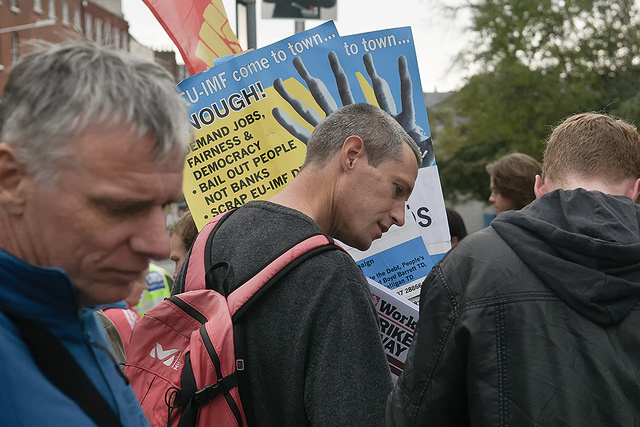 Unemployment will continue to rise in the coming years globally, warns a new report by the International Labour Organisation (ILO).

By 2019, more than 212 million people will be out of work, compared to currently 201 million, according to the report World Employment and Social Outlook – Trends 2015.

“More than 61 million jobs have been lost since the start of the global crisis in 2008 and our projections show that unemployment will continue to rise until the end of the decade. This means the jobs crisis is far from over so there is no place for complacency,” said Guy Ryder, the director general of ILO.

While the employment situation has improved in the United States and Japan, it will remain difficult to find a job in a number of advanced economies, for example in Europe.

The ILO predicts that if the steep decline in oil and gas prices are sustained, they may improve the employment outlook somewhat in many advanced economies, but will hit labour markets in major oil and gas producing countries hard, particularly in Latin America, Africa and the Arab region.

Youth unemployment rates will continue to be a major problem. Young workers aged 15-24 have been particularly hit by the crisis, and the current global youth unemployment rate of 13% in 2014 is expected to further increase in the coming years. Older workers have, on the other hand, fared relatively well since the start of the global financial crisis in 2008.

“The good news is that the number of workers in vulnerable jobs and working poverty has fallen around the globe. However, it is still not acceptable that almost half of the world’s workers lack access to basic necessities and decent work,” Ryder said. “The situation is even worse for women.”

The ILO report says that especially growing and persistent inequality and uncertain prospects for enterprise investment has made it difficult for countries to rebound from the crisis.

“If low wages lead people to consume less, and investment remains subdued, this obviously has a negative impact on growth. Income inequality in some advanced economies now approach levels observed among emerging economies,” Ryder commented. “By contrast, the emerging economies made some progress in reducing their high levels of inequality,” he added.

With people’s trust in governments being undermined, the risk of social unrest is high, the report warns. Social unrest is particularly acute in countries and regions where youth unemployment is high or rising rapidly.

“In line with the global unemployment rate, social unrest shot up since the beginning of the crisis in 2008, and has now reached levels almost 10% higher than before the crisis,” the report said.

Structural factors shaping the world of work, such as a declining labour supply, mainly due to an aging population in many parts of the world, have also impacted the global economic growth. Other factors include major shifts in demand for skills.

At the global level, the share of both low-skilled, non-routine jobs, such as security personnel and healthcare workers, together with highly skilled non-routine cognitive jobs, such as lawyers and software engineers, has increased. By contrast, routine middle-skilled jobs, including book keeping and clerical work, are declining.

“The trends we see are worrying, but we can improve the overall economic picture if we tackle underlying weaknesses, in particular the continued lack of aggregate demand, stagnation in the eurozone, uncertain prospects for productive investment, especially among small enterprises, and mounting inequality,” Ryder stated.

Among individual member states, Greece, which has experienced devastating unemployment rates over the past years during the economic crisis, is expected to witness the largest fall in unemployment to 22% in 2016 as opposed to 26.8% this year.

Meanwhile, Spain is likely to overtake Greece when it comes to the worst figures for unemployment. The Commission predicts that the country will have an unemployment rate of 22.2% in 2016.

0 responses to “Report: Unemployment to continue to rise over the next 5 years”