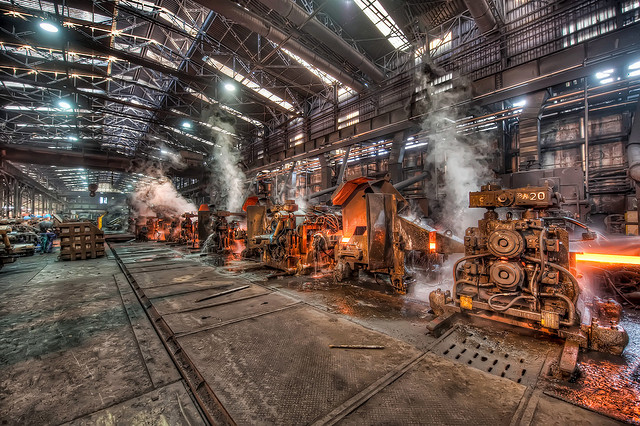 Russian steel group NLMK is threatening to halt production in western Europe if the EU decides to implement economic sanctions against Moscow, according to reports in the Belgian press.

La Libre Belgique revealed yesterday (23 April) a letter from NLMK’s management to European governments where the company is located – Belgium, Italy, France and Denmark – saying EU sanctions against Russia would have “devastating effects” over employment in Europe.

The letter, dated 25 March, comes as the latest Russian warning against possible sanctions the EU might take to punish Moscow over its role in the Ukraine crisis.

NLMK is 86% owned by Russian oligarch Vladimir Lisin and its European branch employs 2,530 people in Europe, almost half of them in Belgium, local newspapers said.

The Belgian regional government of Wallonia, which hosts NLMK facilities, confirmed it received the letter, but did not make any comment.

The country suffered several high-profile factory shutdowns in recent years, including the Arcelor Mittal plant in Liège and Ford in Genk, and is holding a general election in May.

The letter from NLMK explains that its European plants are “regularly in deficit”, making €208 million operating losses in 2013.

“Financial support by the parent company to support the European activities exceeded €271 million only for the year 2013,” the letter reads, adding that if the parent company stopped its financial aid, the European plants would have to be shut down, which “would inevitably be followed by the dismissal of thousands of workers whose payroll for 2013 amounted to €161 million.”

“This would have a devastating impact on the regions of Ittre and La Louvière in Belgium, Verona in Italy, and Frederiksværk in Denmark,” NLMK warned.

The letter, sent four days after EU leaders decided on asset freezes and visa bans against Russian businessmen and officials, stresses that “the European Commission and national governments should carefully consider the possible negative effects of such measures on the European branches of NLMK, on consumers, on other stakeholders in Europe and on the European economy as a whole. If these measures were to be implemented it would result in significant adverse impacts.”

A spokesperson for NLMK Europe denied that the letter was sent as a threat, but rather as a measure of “prevention”. She also insisted that it did not come from the management in Russia, but in Europe.

The European Union is currently examining a so-called third phase of sanctions against Moscow, which would entail imposing economic repercussions on vital sectors of the Russian economy, such as finance and energy.

A spokesman for the EU’s External Action Service, which oversees foreign policy, said EU officials had not seen the letter and could not comment on it. He added that EU services would continue their work according to the mandate given by the member states.

NLMK Europe factories transform unfinished goods from the Russian parent plants into high quality steel, a model which could be “reviewed” if sanctions against Russian steel were to be implemented:

“The interruption of the European operations of NLMK could lead to (…) the termination of the steel supply to major end users in Europe, such as construction machinery, automotive and energy sector and the temporary or permanent closure of production facilities of NLMK Europe.”