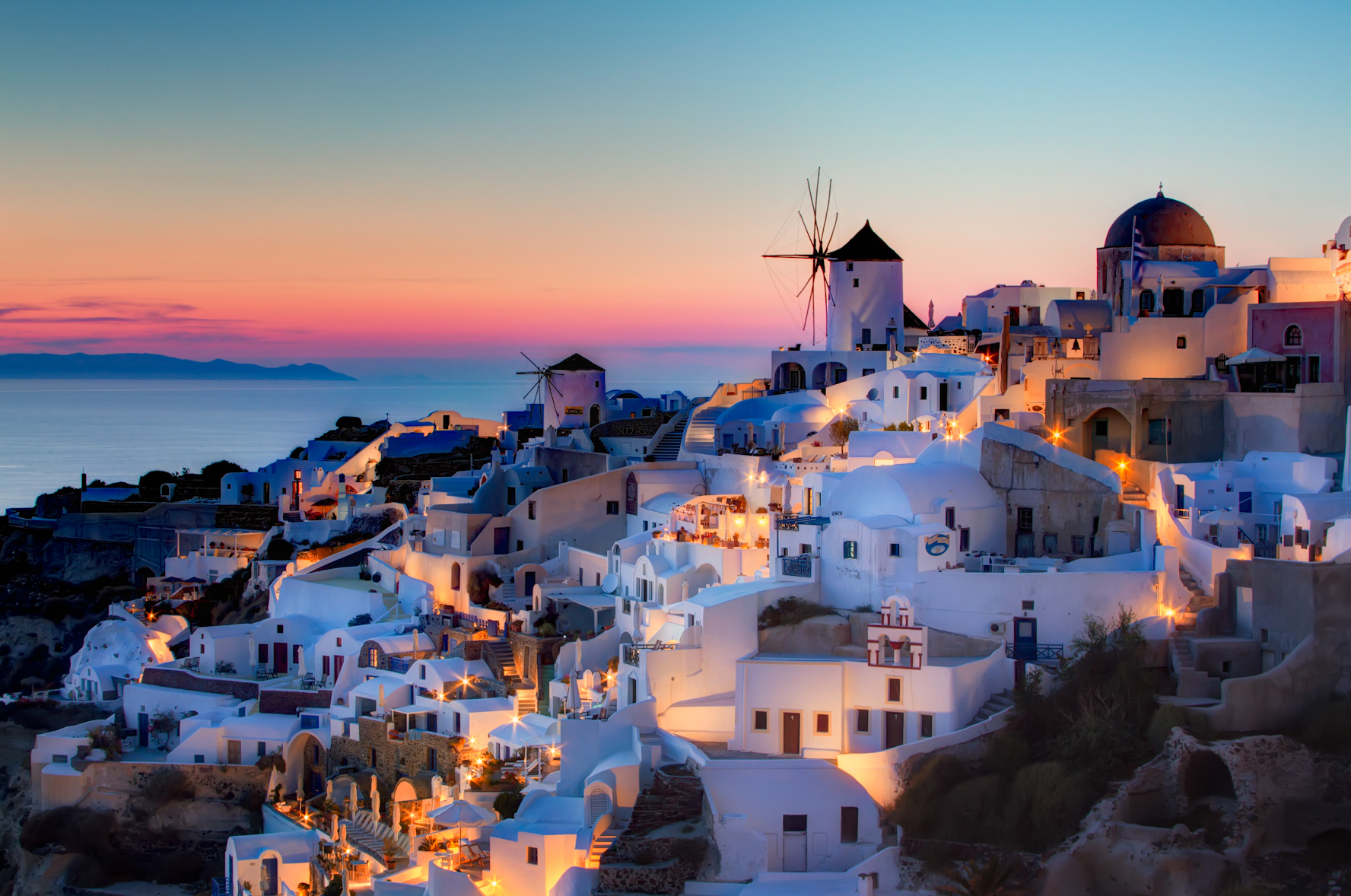 The Greek island of Santorini .[Wikipedia]

The popular tourist destinations of Mykonos, Santorini and Rhodes will be among the first Greek islands to lose their preferential tax rates under the country’s new bailout deal, the government said Monday.

“As of 1 October, sales tax rates equivalent to the rest of the country will apply on Rhodes, Santorini, Mykonos, Naxos, Paros and Skiathos,” the finance ministry said.

Greek islands – many of them without airports and with a tenuous maritime link to the mainland in winter – had until now enjoyed a 30% sales tax break.

Debt-laden Greece was forced to get rid of the islands’ tax privileges as part of tough reforms demanded by international creditors in return for a €86-billion EU rescue package.

Taxes on a wide range of goods and services already rose from 13% to 23% across the country in July.

The next islands to lose their tax benefits will be announced on 1 June 2016 and 1 January 2017, the ministry said.

The hike may be revised if the state manages to exceed revenue targets from combatting tax evasion, the ministry said.

Island authorities say the measure fails to take into account the geographical handicap of many local communities.

Even Mykonos, considered one of Greece’s wealthiest communities by virtue of its glitzy clientele, has problems when the yachts sail away, its mayor said Monday.

“We don’t mind taxes going up when there is reciprocity,” Constantinos Koukas told Vima radio.

Koukas noted that the island of 11,000 has a state health centre with just three doctors, and that two of its schools have had to close because of a lack of staff.

“Tax evasion is a national sport. It was not invented on Mykonos,” he said.

Tourism is the Greek economy’s mainstay and revenues are expected to hit a record high this year.