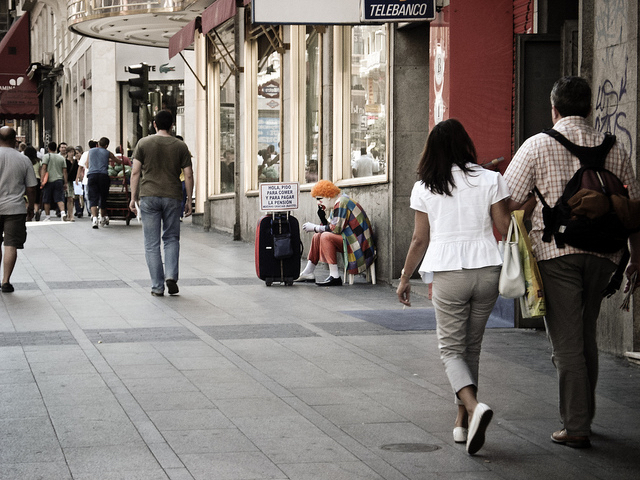 Spain’s opposition Socialists, needing to attract centrist voters to realise their hopes of ousting the ruling party in next month’s election, are proposing labour reforms which aim to be kinder to workers while reassuring the business community.

In doing so, they are will be navigating a tricky course, a fact that Jordi Sevilla, the Socialists’ party’s chief economic advisor and a potential economy minister, acknowledges.

“We have to be capable of getting the flexibility we need for progress in productivity in the globalised economy of the 21st century, but we can’t achieve that by weakening one side,” Sevilla told Reuters in an interview.

The labour issue will be a central one in the election campaign. Spanish unemployment is falling after a five-year economic crisis, but it is still at 21 percent and many new jobs are both temporary and badly paid.

The incumbent centre-right People’s Party (PP) changed the law in 2012 to allow companies to fire employees more easily and at a lower cost – as did the Socialists themselves in 2010, although they did not go as far as the current government.

The PP’s reform has been credited internationally for boosting Spain’s competitiveness and helping it rebound from the crisis, although critics say it has failed to fix Spain’s high unemployment problem and dual job market.

The Socialists – officially the Spanish Socialist Workers’ Party (PSOE) – propose a new form of collective bargaining which they hope will save jobs by allowing more flexibility in working conditions and wages while at the same time giving a greater voice to trade unions.

The proposal, however, has been contested within the party itself and must be signed off by card-carrying members later this month before becoming official doctrine.

Many feel that the 2012 reform should be scrapped altogether after it cut severance pay to 33 days for every year worked from 45 previously and enshrined old imbalances. New hires are often offered precarious terms while older workers have cushy conditions which make them reluctant to move.

Party leader Pedro Sanchez’s task is also tricky as the labour proposal ideally should distinguish the Socialists from two untried parties in national government, the market-friendly Ciudadanos (Citizens), which is fast gaining on the PP, and the fourth-placed, anti-austerity Podemos.

The PP is expected to win the election but fall short of a majority, meaning cross-party pacts which find common ground will be necessary for a government to be formed.

Sevilla said one of the Socialists’ key measures, if they are elected, would be to overhaul Spain’s inefficient tax system and tackle tax fraud in a country where around one quarter of the economy is underground.

State coffers could be boosted by as much as 10 billion euros over the legislature with measures such as raising the number of inspectors and the professionalism of the tax agency by removing political interference.

“This has never been tackled seriously before,” he said.