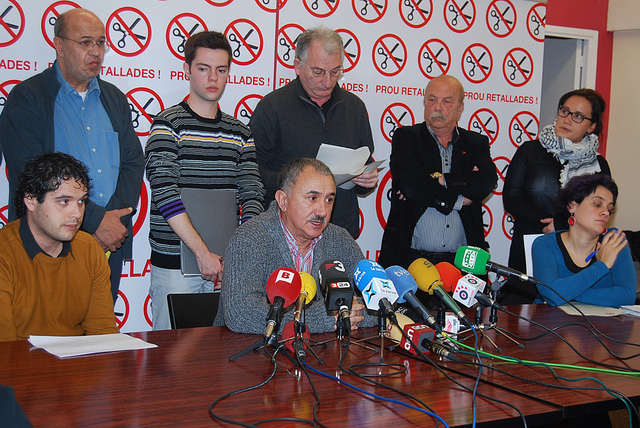 “We firmly reject the adjustment of €5.5 billion demanded by the European Commission,” the head of the UGT union, Pepe Alvarez, told a joint news conference with Ignacio Fernandez Toxo who heads the nation’s biggest union Commissiones Obreras.

But the draft 2017 budget which Prime Minister Mariano Rajoy’s conservative government sent to Brussels last month forecasts a public deficit of 3.6% this year.

The European Commission responded by demanding that Madrid adopt additional measures to lower the deficit down to 3.1%, which will require roughly €5.5 billion in spending cuts and tax increases.

“It is essential that Spain get at least an additional year of flexibility to adjust its public accounts,” Toxo said.

When conservative political survivor Mariano Rajoy takes control of Spain once again this week he will be faced with unprecedented opposition as he grapples with painful economic reforms and resurgent Catalan separatism.

The two unions also demanded that the monthly minimum wage be raised from €764 to €933.

But this time around he has a minority government and will need to scrabble for approval from other opposition parties further to the left to win approval in parliament for legislation.

Spain, mired in political deadlock just as it emerges from a six-year recession, has admitted it will overshoot its budget deficit target next year.