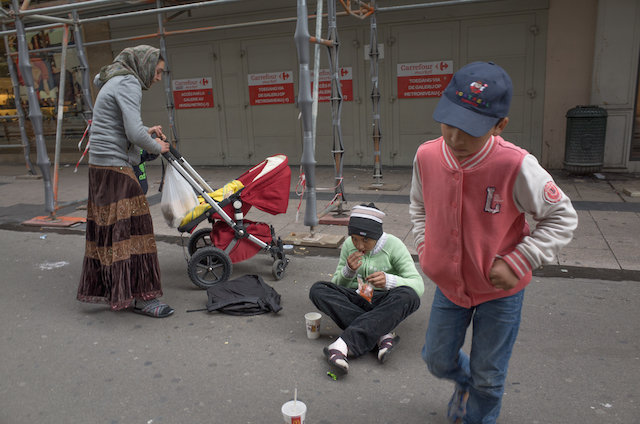 Some 26 million children and young people in Europe are threatened by poverty or social exclusion after years of economic crisis, according to a new study by the Bertelsmann Foundation, which gave Greece the worst marks in the entire EU.

Bertelmann’s Social Justice Index, an annual survey of social conditions in the 28-member bloc, found a yawning gap between north and south, and between young and old.

In Spain, Greece, Italy and Portugal, the number of children and young people that are under threat because of their economic condition has increased by 1.2 million to 7.6 million since 2007, the study said.

In addition, the number of EU citizens between 20 and 24 years old who are neither employed nor in education or training has risen in 25 of the 28 member states since 2008, with Germany and Sweden the only countries where the outlook for this age group has improved.

In Italy, 32 percent of people in their early 20s fall into this category, while in Spain it is 24.8 percent.

“We cannot afford to lose a generation in Europe, either socially or economically,” said Aart De Geus, chairman of the executive board at Bertelsmann. “The EU and its member states must make special efforts to sustainably improve opportunities for younger people.”

By contrast, the study found that a declining number of people aged 65 or older are at risk of poverty, because retirement benefits have not declined as strongly as incomes for younger citizens.

Bertelsmann said three Europe-wide trends were exacerbating this gulf between young and old, including growing public debt, stagnating investment in education and research, and rising pressure on the financial viability of social security systems.

Sweden, Denmark, Finland, the Netherlands and Czech Republic stood at the top of the social justice rankings, while Greece, Romania, Bulgaria, Italy and Spain were at the bottom.