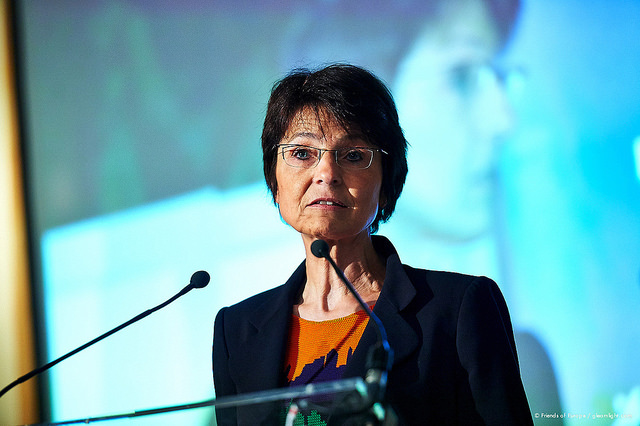 Thyssen was referring to new data published in the 2015 Employment and Social Developments in Europe report. It showed that 218 million people were employed in the EU in 2014, up by three million compared with the year before. However, in 2008, before the financial crisis hit, over 223 million were employed in the EU.

For young people between the ages of 15-24, the news was less positive. The employment rate only increased by 0.4% during the same period. But Thyssen said she sees more young people workin again, or engaged in education and training.

“I think we can say that our actions in the fight against youth unemployment are beginning to bear fruit,” the Commissioner said.

The youth unemployment rate still varies tremendously along a north-south divide. The rate in Germany, for example, is at 7%, but above 50% in Greece and Spain.

Data from Eurostat published later on Thursday (21 January) revealed that the Information and Communication Technology (ICT) sector continues to have problems filling vacancies.

The ICT sector now represents 3.7% of total employment. But for almost 40% of enterprises with more than ten employees, recruiting new people with the right skills has become a challenge.

Thyssen said that the Commission has tried to tackle youth unemployment by setting up the Youth Employment Initiative (YEI), which supports young people who live in regions with more than 25% youth unemployment, as well as initiatives with businesses in order to set up work training and apprenticeships. More action was underway, she said.

The Commission will propose a New Skills Agenda for Europe later this year, to help close the skills gap, as well as labour mobility proposals to broaden job opportunities for more EU citizens.

Deputy Prime Minister of Bulgaria, Ivailo Kalfin, recently said that the Youth Guarantee is a successful and well-functioning program in his country.

In November 2015, the European Commission launched the European Pact for Youth (EPY), an initiative with European companies which aims at creating apprenticeships, traineeships and other types of work-based learning, in order to help young people transition into their first jobs.

The EPY is following up on the Youth Employment Initiative, launched by the Commission in 2012, which is also meant to tackle high rates of youth unemployment in the EU, particularly in Greece and Spain.