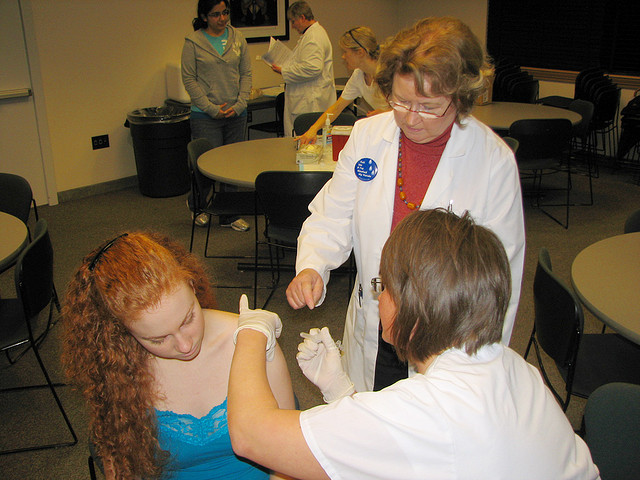 At 1.4 million, zero-hour contracts are three times more widespread in the UK than previously reported. These contracts, typical for the British labour market, tie employees to their jobs without any obligation for the employer to guarantee a minimum number of paid hours.

The European Commission told EURACTIV, “It is important that people on zero-hours contracts do not become trapped in a succession of short-term, low quality jobs with inadequate social protection.”

It added, “The UK has an obligation to ensure compliance with the working conditions standards set by EU labour law, including paid annual leave proportionate to time worked and respect for the Working Time Directive.”

According to a report in The Guardian newspaper, workers refusing to take on such contracts are now also at risk of losing their right to social benefits. Data also revealed that women, elderly and young people are the most frequent targets of zero-hour contracts, prompting the Labour party to accuse the Conservative-led government of encouraging them.

Turning to the EU

Outgoing British MEP Stephen Hughes, a former chair of the European Parliament’s employment and social affairs committee, said “It is time to act at EU level”. He advised the upcoming Parliament to seize the opportunity when the next commissioner in charge of employment comes before them for a confirmation hearing in September.

“The hearings with the European Commission must be an opportunity to put well-thought questions, pin the future commissioner down and get an answer,” he said.

For the Trade Unions Congress (TUC) EU-level action needs to be more concrete. Elena Crasta, senior policy officer at the TUC, said the commission should “tighten up the employment directives by closing loopholes at the source.”

In the UK, she said, employees have a much stronger social protection than other types of workers. But the UK tends to restrict the scope of application of EU employment legislation to employee-status only when time for implementation comes, leaving a large number of workers including the disposable ‘zero-hour’ ones, out of reach.

Commenting on the commission’s reaction to the increase of precarious contracts in the UK, Crasta said that it is, “important that the working time directive applies to all workers and not only employees.”

For older cases, she said, the Commission could also look into the way such directives have been implemented so far and “take the UK to court”.

Crasta stressed that even new-comers in Eastern European countries have a higher level of social protection for workers “because they had to implement [EU law] while the UK kept on negotiating opt-outs and derogations.”

“For the temporary agency workers directive, the UK has negotiated two opt-outs that it is using and even abusing,” she adds, slamming arguments that that kind of flexibility is what has helped UK show signs of economic recovery in the wake of the crisis.

In the TUC’s opinion, such recovery is not only unsustainable. It is doomed to repeat the mistakes of the past.

“If those on precarious contracts were offered the possibility to have decent contracts, they’d be better paid and the internal demand would grow. In the UK, consumption relies on personal indebtedness, like it was before the crisis, and the housing prices grow faster than wages, therefore creating the premises for another bubble.”

For unionists, announced austerity measures until 2018 will further undermine any opportunity for sustainable recovery.

“This European Commission has been disappointing; it did not make many proposals on social issues such as the widespread precarious employment relationships, which were partly accelerated by the economic crisis. The commission has a competence at least in ensuring a level-playing field and preventing competition between countries on their level of social protection. Convergence needs to happen but it needs to go upwards”, she said.

Although zero-hour contracts are typical for the British labour market, similar bogus self-employment statuses can be found elsewhere, Crasta said, notably in Italy. She said that proves “there is scope for the European Commission to intervene”.

“The same level of precarity can be found in Italy with ‘on call workers’ who are not granted proper working contracts. They appear as self-employed but are not treated as long-term employees. Because they only have one source of income, they are entirely dependent on one employer.”

In the UK, zero-hour contracts are mostly found in hotels and restaurants but also in the health and the education sector, data has shown.

A spokesman for British Prime Minister David Cameron defended plans to cut down social benefits for jobseekers turning down zero-hours contracts. He said: "Individual decisions about tailored work requirements for people who are in receipt of taxpayer-funded benefits are taken on a case-by-case basis by jobcentre staff. But as a point of principle, should we be expecting people to seek employment in return for benefits, and do we have a system, in the universal credit, that is designed to respond to changing earnings? He does think that's the right approach."

A zero-hour contract is an employment contract used in the United Kingdom.

While meeting the terms of the Employment Rights Act 1996 by providing a written statement of the terms and conditions of employment, it contains provisions which create an "on call" arrangement between employer and employee.

It does not oblige the employer to provide work for the employee. The employee agrees to be available for work as and when required.

No particular number of hours or times of work are specified. The employee is expected to be on call and receives compensation only for hours worked.