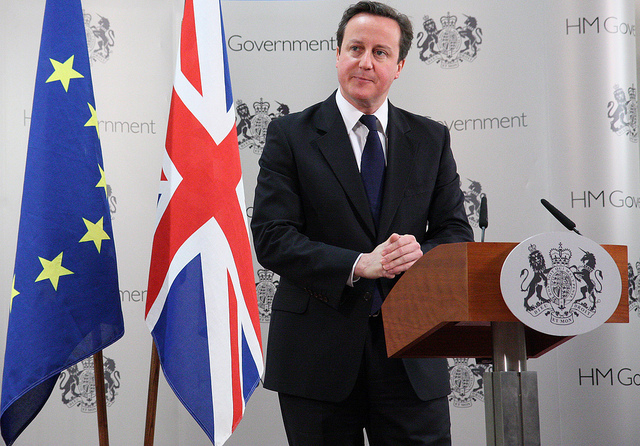 British Prime Minister David Cameron resisted calls on Thursday to take in refugees in much greater numbers after the image of a dead Syrian toddler washed up on a Turkish beach raised the emotional temperature of the debate.

With the story all over the front pages and critics urging a step change in the number of Syrians being offered sanctuary, Cameron said he was “deeply moved” by the harrowing image but defended the government’s record and stuck to his position.

“We are taking thousands of Syrian refugees and will continue to do that. As I said yesterday we keep that under review. But as I also said yesterday there isn’t a solution to this problem that’s simply about taking people,” he said.

About 5,000 Syrians who reached Britain by their own means have been granted asylum since the start of the Syrian war. In addition, Britain has taken 216 people since early 2014 under a UN-backed relocation scheme for vulnerable Syrians.

Several European nations have taken in more, led by Germany which in response to the wider migration crisis engulfing Europe has said it planned to receive 800,000 refugees, including Syrians and others, this year.

The crisis has come at an awkward time for Cameron, who has promised to renegotiate Britain’s ties with the European Union and then hold a referendum by the end of 2017 on whether Britain should stay in the 28-member bloc or leave.

The perception of Britain as a country refusing to pull its weight in dealing with a crisis affecting the whole of Europe could antagonise EU negotiating partners and lessen his chances of obtaining key concessions ahead of the referendum.

Defending Britain as “a moral nation”, he said it was fulfilling its obligations in a variety of ways.

He cited the Royal Navy’s presence in the Mediterranean to help with rescue operations for boats carrying migrants and said Britain was the second-biggest donor of bilateral aid in the world to Syrian refugee camps.

He said the root causes of the crisis needed to be tackled, citing the war in Syria, the lack of a functional government in Libya, the role of Islamic State militants and of people trafficking gangs.

Cameron’s stance has drawn widespread criticism, including from the Council of Europe’s Commissioner for Human Rights, Nils Muiznieks, who said he was “seriously concerned” about it.

“The truth is that at the moment the UK is doing much less than other European countries, like Germany or Sweden, which give refuge to thousands of Syrians,” Muiznieks said in a statement.

Cameron made his televised comments after coming under strong pressure from blanket media coverage of the refugee issue and from a growing number of politicians from within his own Conservative Party calling for a more compassionate stance.

“We cannot be the generation that fails this test of humanity. We must do all we can,” tweeted Nicola Blackwood, a Conservative member of parliament.

Her colleague Nadhim Zahawi also took to Twitter to express his feelings about the dead Syrian boy: “Pic should make us all ashamed. We have failed in Syria. I am sorry little angel, RIP.”

Official figures from the Department for International Development (DfID) show that Britain has allocated £900 million (about €1.2 billion) since 2012 to UN agencies and NGOs helping Syrians, mostly in Syria, Lebanon and Jordan.

Cameron said Britain’s moral fibre was demonstrated by the fact that it was spending 0.7% of GDP on aid, much of it going to the countries from which the refugees and migrants seeking to reach European countries were coming.

But many said a far greater number of refugees could be taken in.

A petition on parliament’s website calling for that had garnered 200,000 signatures by mid-afternoon, having started the day with less than half that number. Petitions that get past the 100,000 mark are considered for a parliamentary debate.

“The UK I know has always shouldered its burden in the world. DfID is doing life-saving work abroad but we can and must do more at home,” tweeted Ruth Davidson, a member of the Scottish parliament and leader of the Scottish Conservatives.

Yvette Cooper, one of four candidates to lead the opposition Labour Party, called for Britain to take in an additional 10,000 refugees, drawing support including from political opponents.

“The Prime Minister is right to point to the need to continue to tackle the causes; and Yvette Cooper and others are also right to call for the UK to take in more refugees,” wrote Conservative legislator Jeremy Lefroy on his blog.