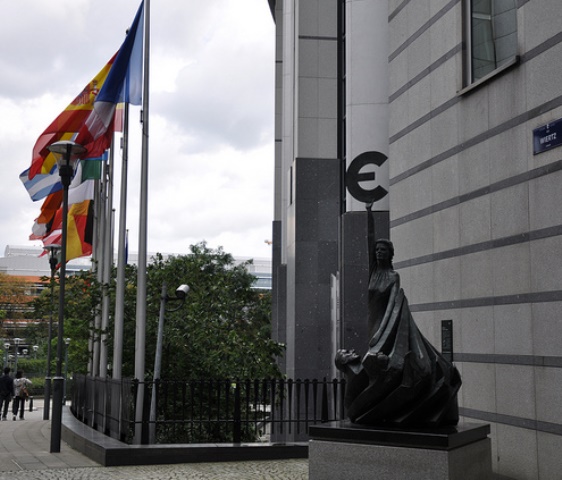 Outgoing MEP assistants who can’t find work after the European elections can claim EU unemployment benefits worth 60% of their salary for a year.

Accredited assistants, who are paid up to €7,802.39 a month, then receive 45% of their wage for the following 12 months. The payment drops to 30% of the salary for the third year, if they still haven’t found work.

It is the first time the payments will be available to a potentially large group of assistants since 2008 reforms effectively upgraded them to civil servant status.

Some assistants will be re-employed by incoming MEPs, but the Parliament could not provide exact figures as to their number or the total cost of benefits at this stage.

In June 2014, MEPs had 1,676 accredited assistants. About half of the 766 MEPs in the old European Parliament have left since the May elections.

Based in Brussels, Luxembourg or Strasbourg, accredited assistants have a contract with the European Parliament, which pays the compensation from its budget. The budget is funded by taxpayers in member states. Local assistants based in member states have different rules.

There is no limit on compensation, which can be claimed by part-time staff, for the first six months of unemployment. A middle ranking accredited assistant with policy input receives €5,207,82. He would be entitled to compensation of just over €3,124 a month or, over six months, €18,748.

After that, payments are capped at a maximum €2076, 07 a month. The minimum is €882,33 a month. Benefits are payable for a third of the total length of service, up to a maximum of three years, and are taxed. Assistants must register with their national unemployment office to claim the EU benefit.

Accredited assistants can also apply for relocation funding to move back home. Once there, they can claim EU family allowances in addition to national allowances.

There are two kinds of accredited assistants, those responsible for administration and secretarial support, and those with policy input and greater responsibilities. This second group are paid depending on which of the 13 salary grades their MEP gives them. The lowest grade is paid a basic wage of €2,957.06, which increases to €7,802.33 a month at the highest grade. The final six grades are only available to those with degrees or equivalent professional experience.

For administration and support, the assistants are paid from between €1,694.24 and €2,957.06. Their hours are set by their MEP, but they are not allowed to work more than 42 hours a week.

Pieter Cleppe, of EU reform think tank Open Europe, said, “I wonder how many of Europe’s unemployed receive 60% of their salary for one year if they have only worked somewhere for three years?

“Surely EP assistants are missing an opportunity here to show some ‘solidarity’, something many of them claim to be supporting, with Europe’s hard-pressed taxpayers.”

To qualify for the benefits, assistants must have not been fired for disciplinary reasons, must be unemployed at the end of their contract, resident in an EU country and have worked for the Parliament for at least six months.

In December 2008, MEPs passed legislation on the employment conditions of their Brussels-based assistants, giving them similar treatment and benefits as EU civil servants.

The regulation, which both Parliament and Council insisted would not require increases to the parliamentary budget, replaced the 27 different national schemes for employing and paying assistants with common rules on contractual relationships, taxation and social security.

Assistants’ contracts and salary payments are now supervised by the financial department of the Parliament itself (more here and here).

After this May's European elections, a new European Parliament has been formed. It consists of 50.6% re-elected MEPs and 49.4% new MEPs.

MEPs have accredited assistants, paid directly by the European Parliament from the EU budget,  working for them in Brussels, Luxembourg and Strasbourg. It is unclear how many are now looking for work but those who are unemployed can claim generous benefits thanks to 2008 reforms that effectively upgraded them to civil servant status.