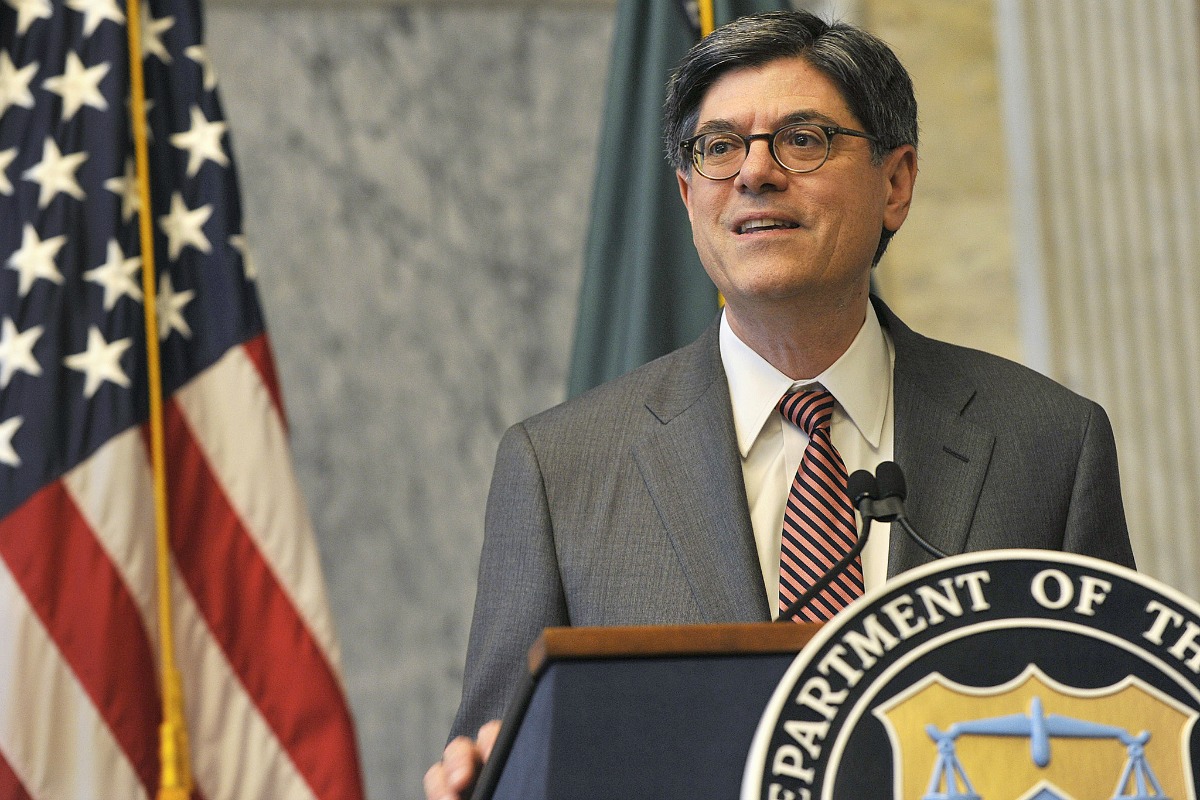 The United States renewed a warning that Europe risks falling into a downward spiral of falling wages and prices on Wednesday (15 October), saying recent actions by the European Central Bank may not be enough to ward off deflation.

In a semiannual report to Congress, the US Treasury Department also said Berlin could do more to help Europe, namely by boosting demand in the German economy, Europe’s largest.

“Europe faces the risk of a prolonged period of substantially below-target inflation or outright deflation,” the Treasury said, echoing warnings by France over a deflationary risk.

All this is intended to prop up a euro zone economy teetering on the edge of recession. Europe is a major trading partner for the United States and China, and its travails have been at the center of worries over the global economy that have shaken financial markets worldwide in recent days.

>> Read: ECB will use ‘unconventional tools’ to spur eurozone growth

The US Treasury said the ECB’s actions “should help combat deflationary risks,” but that “further policy support for demand may be needed.”

The report appeared carefully worded to avoid sounding pushy over what Washington thinks Germany should do. Berlin has been a key American ally for decades.

Still, the Obama administration sees Germany as a missing link in Europe’s elusive recovery from what in many corners of the continent has looked like an economic depression.

“Measures to increase domestic demand, particularly in surplus countries like Germany, can help further European and global rebalancing,” the Treasury said. In its last report to Congress in April, it had also warned that Europe faced the risk of deflation.

Germany, which has sought to keep the focus in Europe on fiscal austerity, came under a spotlight at meetings last weekend of finance officials from around the globe who sought to convince Berlin to loosen its purse strings.

The Treasury Department also took South Korea to task for intervening in foreign exchange markets. The won has weakened 5 percent against the dollar in six weeks.

The Obama administration has long called on Seoul to minimize currency interventions, but on Wednesday it said outright that the won was “undervalued,” and urged Seoul to let it appreciate further.

Washington again called China’s currency “significantly undervalued,” but said Beijing appeared to be taking less of a hand in determining the yuan’s value. This suggests tensions between the two powers over currency policy might be easing.

The semiannual report examines the economic and foreign exchange policies of major US trading partners. It did not formally label any country a currency manipulator, and has not done so in any report since 1994.

A slowdown in the eurozone's economic recovery in 2014 has reinforced calls for bold actions by the European Central Bank.

Euro zone inflation has been stuck in the European Central Bank's 'danger zone' of below 1% since October 2013 and coupled with weak growth poses a risk for the recovery.

The ECB launched a raft of measures to fight low inflation and boost the euro zone economy.

In June, it lowered the deposit rate to -0.1%, meaning it will effectively charge banks for holding their money overnight. It cut its main refinancing rate to 0.15%, an all-time low, and the marginal lending rate - or emergency borrowing rate - to 0.40%.

It also promised up to €1 trillion in cheap long-term loans to banks from September, and kept the door open to a programme of large-scale asset purchases, known as quantitative easing (QE).

The ECB went further in September by cutting its main refinancing rate to 0.05%, raising the penalty for banks for keeping money overnight in central bank deposits to 0.20%, and announcing a new programme of asset-backed securities and covered bond purchases.

In August, French President François Hollande urged the ECB and Germany to do more to boost growth and fight a "real deflationary risk" in Europe.

>> Read: Hollande urges ECB to 'inject liquidity in the economy'