Addressing anti-Gypsyism must be a priority on International Roma Day 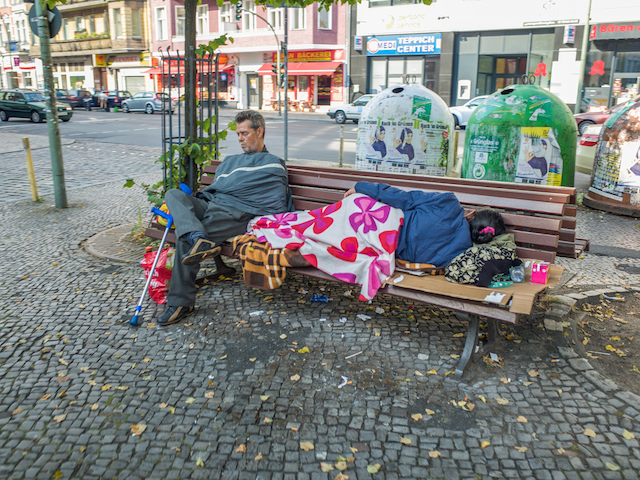 An important part of the fight against anti-Gypsyism is raising awareness of the history of past persecution of Roma minorities in Europe, writes Rokhaya Diallo.

Rokhaya Diallo is a board member of the European Network Against Racism.

There is very little to celebrate on the eve of International Roma Day. Ten to 12 million Roma people in Europe continue to be denied their basic human rights and to be the victims of racist attacks, widespread discrimination and hate speech.

Member states have adopted specific strategies for the inclusion of Roma, under European Union pressure, but these have so far largely failed. One of the reasons is that they have not addressed prejudice and negative attitudes towards Roma as the root causes of Roma exclusion. Implementation of social inclusion strategies cannot succeed if politicians do not encourage the majority population, including civil servants, state agents and the judiciary, to respect Roma and support equality, and if steps are not taken to challenge stereotypes through public awareness raising campaigns and community-led initiatives.

Fortunately, there is increasing acknowledgement that anti-Gypsyism needs to be tackled. There has been encouraging progress – both at the EU and national levels. Vera Jourova, the new European Commissioner for Justice, recently publicly acknowledged anti-Gypsyism as one of the root causes of Roma exclusion. The European Parliament is set to adopt a resolution underlining the need to combat anti-Gypsyism and calling for a European memorial day of the Roma genocide during World War II. An EU Council Recommendation adopted in 2013 calls on member states to report on the implementation of measures to combat anti-Gypsyism.

One way of addressing anti-Gypsyism is to acknowledge and shed light on past abuses and persecution of the Roma minority in Europe. As the previous Council of Europe Human Rights Commissioner Thomas Hammarberg has emphasised, current manifestations of anti-Gypsyism are “a continuation of a brutal and largely unknown history of repression of Roma, going back several hundred years. The methods of repression have varied over time and have included enslavement, enforced assimilation, expulsion, internment and mass killings … A full account and recognition of the crimes committed against the Roma might go some way to restoring the trust of Roma communities in society.”

At a national level, some EU countries have already set a good example in this respect. The Swedish government published a White Paper on abuses and rights violations of Roma during the 1900s in 2014, which acknowledged that prejudices towards Roma in those years laid the foundation for current attitudes towards Roma. As a result, a governmental commission against anti-Gypsyism was established to address current stereotypes of Roma.

These measures are more than necessary given the current situation for Roma across Europe. Walls are being built in cities throughout Eastern Europe to separate Roma from the rest of society. Anti-Roma marches are often used to mobilise votes by populist and far right groups and parties in European countries, including Hungary, the Czech Republic and Slovakia, and protesters regularly try to destroy Roma houses where families and children live. Roma children are segregated in inferior schools and classrooms in Hungary, the Czech Republic, Greece and Slovakia, among others. In the Czech Republic, almost 30% of the children attending special needs education and following a programme for mild mental disability are Roma. In Italy, many Roma are forced to live in isolated and segregated camps set up by the municipalities, making it extremely difficult for them to access basic rights to education, employment and healthcare.

Worryingly, anti-Roma prejudice is extending beyond the “traditional” far-right and extremist hate-mongers and is increasingly present in mainstream politics. Authorities’ lack of response to racist attacks or speech against Roma is widespread, and some have even excused them or suggested that Roma were themselves to blame.

The generalisation of anti-Roma discourses within some political parties and by some politicians in Europe is not only fuelling deeply entrenched negative stereotypes towards Roma among the European population. It also leads to an increase in incidences of discrimination and violence against Roma, like those listed above.

In this context, recognising anti-Gypsyism as a specific form of structural racism targeting Roma people and implementing measures to combat it, would be necessary first steps in addressing prejudice going back several centuries into Europe’s history.

Actions can and should be taken to respond to anti-Gypsyism. It is now urgent to step up the efforts across the European Union to dispel prejudices and tackle deeply rooted structural and institutional racism so that Roma can finally be fully included in European society.