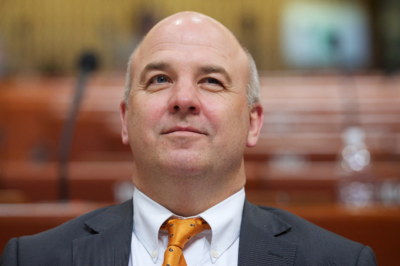 Eight years after the economic crisis began, many European countries are still struggling to recover and a glaring statistic remains – that of four and a half million unemployed young people in the European Union, writes Nils Muižnieks.

Nils Muižnieks is the Council of Europe Commissioner for Human Rights.

If recent data indicate some progress, a closer look suggests that action is still an urgent necessity.

A recent ILO study also shows that in the EU-28 more than one third of unemployed youth has been looking for work for longer than one year in 2014, which is an increase compared to 2012.

Worse, young people aged 18 to 24 are those most at risk of poverty and social exclusion in the EU, according to Eurostat. In 2013, more than 30 % of them were affected by at least one of the three forms of poverty used as indicators, i.e. monetary poverty, material deprivation or low work intensity.

To compound this already grim picture, when young people do find employment, they often work in more precarious and less protected jobs, often receiving unfair wages, as noted by the European Committee of Social Rights in its 2015 activity report.

The combination of youth unemployment, especially over a long term, and reduced socio-economic protection has negative personal, societal and fiscal consequences, which may be exploited by populist movements and undermine social cohesion and stability. It is therefore urgent to find more effective measures to improve the situation. One way forward is for governments and parliaments to use human rights standards as a tool to design, implement and monitor youth policies.

A key instrument is the European Social Charter, a binding Council of Europe treaty which contains specific provisions concerning the protection of young people’s social, legal and economic rights. To create uniform socio-economic protection across Europe, all Council of Europe member States should ratify the Charter’s provisions. To date, all but Liechtenstein, Monaco, San Marino and Switzerland have ratified the Social Charter as revised in 1996, with only France and Portugal having ratified all its provisions.

All States should also ratify the Charter’s collective complaint mechanism, which allows trade unions, employers’ organisations and international NGOs to challenge the compliance of State laws and practice with the Charter’s provisions. So far, only 15 of the 47 member States of the Council of Europe have ratified it, and only Finland has recognised the right of national NGOs to lodge collective complaints.

The EU should promote the ratification of this procedure among its member States and, more generally, take into account the Charter and the Committee’s case-law, so as to help establish a more coherent legal space for the enforcement of social rights.

Moreover, governments should implement more readily the decisions of the Charter’s Committee and build on its case-law to design youth policies, while parliaments should make sure that legislation complies with the Charter’s case-law.

European countries should also make good use of specific standards they have established and agreed to, such as the recommendations of the Council of Europe Committee of Ministers, which tackle a variety of issues relating to youth, including young people’s access to social rights, youth participation and non-formal education.

Ombudspersons, equality bodies and human rights institutions should also pay closer attention to youth rights. A good example in this sense is provided by the Ombudsman of Spain who has often dealt with youth-related human rights issues, for example in the housing field.

There is also the need to step up efforts to empower young people to assert their rights. The Council of Europe has launched many initiatives with the active participation of youth organisations, in particular as regards human rights training and awareness raising and combating hate speech. Member States have to sustain these valuable initiatives and engage more actively in other youth-related initiatives.

Addressing youth unemployment and its correlated human rights issues is no easy task, but nor is it impossible. We know where the problems lie and what tools we can use to address them.

We must now act more effectively and make youth policies based on human rights a top priority in the national and international agenda. Otherwise, we risk needlessly prolonging the suffering of many young people, harming their future prospects and undermining the European ideal among a whole generation.