Are advances in EU gender equality missing the mark?

By Caroline Conroy and Vilde Renman 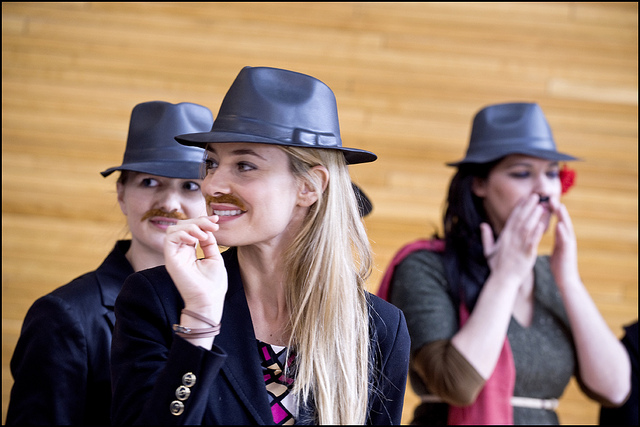 Although female political representation across Europe has increased, this is happening at a very slow pace and the most influential leadership roles in the European Parliament remain dominated by men. This raises questions about the possible need to resort to stronger measures to improve female representation in the EU institutions, write Vilde Renman and Caroline Conroy.

Vilde Renman is Research Assistant at the Centre for European Policy Studies (CEPS). Caroline Conroy is an intern at CEPS, under the SAIS European and Eurasian Studies Internship Program.

Ahead of the presentation of the new European Commission on 5 September, the Socialists, Liberals and Greens in the European Parliament (EP) threatened to refuse to vote in favour of a new Commission consisting of fewer women than in the previous College. Although the target of nine female commissioners was eventually reached, there will be a lack of gender parity in the 8th parliamentary term and this is not only an issue in the Commission since the European Parliament (EP) does not show a much better picture. Unfortunately, the outcome of the EP elections fell short of expectations. Although the female share of MEPss has increased, women continue to account for less than half (37%) of the 751 MEPs despite constituting more than half of the EU population. Looking at leadership roles within the political groups, we found that five out of the seven political groups are led by men as well as the majority of vice-chairs also being male.

Turning to the parliamentary committee composition in a comparison between the 7th and 8th parliamentary terms we find, just like the overall outcome of the elections, small, though positive, developments when it comes to the total number of women. However, the committees with the most notable improvements were those that already had a strong female membership during the previous term. Moreover, only nine out of the 22 committees accurately reflect the gender composition of elected MEPs. Nearly half of all committees will have a female chairmanship, one of the most significant leadership positions. Simply looking at the overall number of female committee chairs, however, can be misleading. It is necessary to look at which committees are chaired by a woman because there is arguably great variance between committees in terms of their importance and power.

Pieces of legislation passed through the Ordinary Legislative Procedure (OLP) weigh the strongest in terms of the extent of real political influence they have and it is therefore logical that committees involved in producing a higher number of OLPs are the ones with the greatest legislative power and ability to shape EU policymaking. Based on this, it becomes apparent that most female committee chairs in the upcoming term will be responsible for committees that in the 7th term proved the least influential, suggesting a disparity in influence between the genders.

Gender imbalance in leadership roles within the committees is an issue across all parties. Women in the European People’s Party have not only been given a lower amount of chairmanships, they also face a disadvantage when it comes to the effectiveness of the committees that they chair.

The S&D obtained seven Committees and, unlike the EPP, female leadership rose in a majority of them. However, their committee chairmanships seem to have been disproportionately distributed from a gender balance perspective, evidenced by the fact that female-chaired committees are the Committees on Development; Culture and Education; and Women’s Rights and Gender Equality (as well as the Subcommittee on Human Rights) which were all to be found towards the bottom of the ladder in terms of passing legislation during the last parliamentary term, suggesting a lack in relative importance.

The situation is similar for ALDE. Although two (an increase by one from the last legislature) out of its three chairmanship positions were granted to women, their positions in the Regional Development and Petitions Committees are unlikely to be highly influential. Additionally, neither of the committees belonging to the Greens and GUE/NGL is chaired by a woman. An outlier is the ECR who have granted the chairmanship of the Committee on Internal Market and Consumer Protection to a woman.

Although the gender ratio has been slowly improving within European institutions, a majority of women (46%) still feel that their interests are not well represented by the European Union. One possible explanation could be the lack of female leaders to champion the causes and issues that mostly concern women. Gender inequality is still perceived to be a social issue, and the recent economic crisis exacerbated the problem by diverting attention and funding away from the issues of equality and diversity. There exists a general feeling among an overwhelming percentage of Europeans polled that, given equal qualifications and skills, women continue to face real obstacles to reach positions of responsibility in both senior levels of public administration and within the leadership of political parties.

The most popular explanation is that politics is dominated by men who do not value the skills of women. When polled, there is strong support for increasing the number of women in the European Parliament, with 70% of women and 60% of men stating that 40% or more of the EP should be women. And although the public believes that gender inequality has decreased over the last decade,  inequality is still an issue that 61% of Europeans believe should be dealt with by the European Union.

Despite the EP’s united front in support of gender equality, the fact is that it seems unlikely that any major positive developments will take place unless stricter measures are enacted. Although the EP is doing better than many national parliaments regarding gender balance, making a relative comparison of this sort will not lead to improvements. It is a matter of practising what you preach, establishing a political balance that is truly representative of the EU population, and setting a good example for member states to follow.

If the European Union truly wishes to restore faith in democratic legitimacy, and serve as an accurate mirror of European society, it is clear that its institutions should strive to be more inclusive and more equal. If political will is not sufficient to achieve this, perhaps the only way forward is the legal adoption of similar measures as those suggested for private companies by the EU.