Better lawmaking? Only if it is in the people’s interest 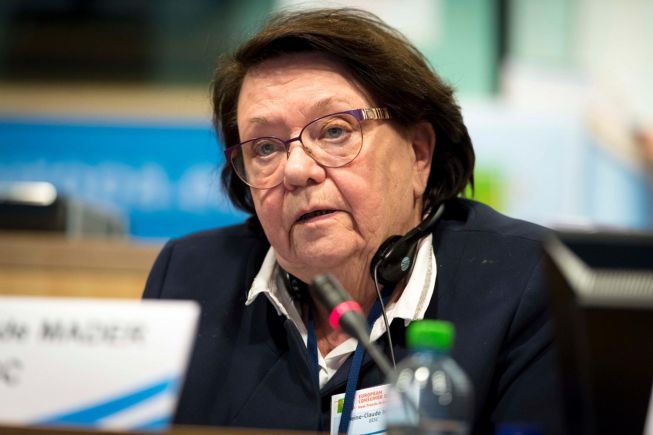 It is in the public interest to have a well-functioning legislative and regulatory body that is appropriate for the context. However, it raises many questions about the objectives being pursued, writes Reine-Claude Mader.

Reine-Claude Mader is a member of the European Economic and Social Committee (EESC).

Businesses complain about the so-called “gold-plating”, which they define as overregulation and excessive standards due to the transposition of legislation into national law by the member states. They believe that it raises their costs, whilst the European Commission believes that these additions interfere with European policy.

The concerns are such that 50 civil society organisations, including trade unions, environmental groups and the BEUC, have launched a monitoring network to ensure that private interests do not take precedence over the public interest. They point to the possible risks for the future of social, environmental and wage standards, consumer protection, financial regulation and public health.

Consumer protection is a major and tangible achievement of the European Union for its 500 million consumers. It is essential to the functioning of the single market and is enshrined in the treaties. Its development is the result of continued efforts, trade-offs and successive adjustments to ensure a balance between the interests of citizens and businesses against a constantly evolving backdrop.

If it is the Commission’s intention to reduce whatever administrative burdens and red-tape that hamper the proper functioning of enterprises and to avoid over-regulation wherever possible, the balances nevertheless have to be maintained.

But without that negatively impacting on the Better Law Making Agenda, we must not forget that we should not be moving towards less law, but towards improving laws, if only to be in step with new modes of production, consumption and consumer demand, which require consumption to be safe.

In order to achieve these goals, the Commission has scheduled impact studies that will be carried out in accordance with the established guidelines. However, we will need to pay attention to how consumers’ interests are taken into account and ensure that economic interests are not unduly favoured.

Still with the aim of better identifying problems and gathering the opinions of as many people as possible, the Commission is also planning to organise public consultations on the internet. Whilst these consultations are very broad, we should be aware that they are actually followed by an audience of specialists and lobbyists and that the panel of representatives is not necessarily fit for purpose or representative of all the parties concerned, which is certainly a cause for concern. This is something which should undoubtedly be taken into account when analysing the replies.

All these difficulties should be addressed during the discussions that will take place within the REFIT platform, bringing together representatives of the EU institutions and member states, as well as experts from business, civil society and the social partners. They will have to look at these difficulties in terms of their experience, but also in terms of the general interest.

Its members will also have to decide on the benefits of revising the existing rules in line with the roadmap drawn up by the Commission. Here too, it will be necessary to find a balance between maintaining the provisions which ensure legal certainty, predictability, and adjustments made necessary by the technological, social and economic developments due partly to changes in consumption patterns. There must be full transparency concerning the proposed measures as well as the reasons behind the suggested changes, so that everyone can be sure that the interests of all stakeholders have been properly taken into account.

During the discussions which took place between the main European institutions there was a consensus to simplify legislation in the EU.

As we have already said, this cannot be at the expense of the level of consumer protection in the different countries of the bloc. People would not understand if their rights were challenged simply in the interest of businesses.

Moreover, the organisations representing them have indicated very clearly that they are opposed to measures which would prevent member states from maintaining or introducing initiatives which offered greater protection for consumers. We should not forget that these initiatives are born of the progress made in achieving wider rights which it is up to Europe to encourage.

A long road lies ahead of all the stakeholders involved in this programme. The EESC, which has been organising the European Consumers’ Day for 18 years, will give them a chance to voice their opinions during the 2016 event. We are counting on the fact that they will know how to contribute to the discussion to find a way that is acceptable to all.