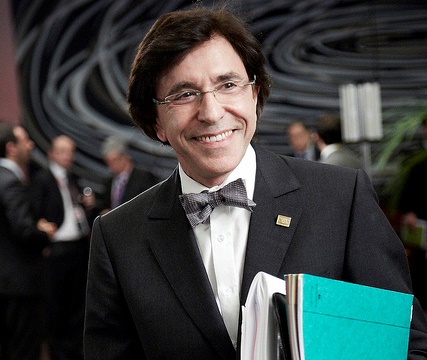 ?Imposing reforms that are sometimes considered humiliating is the best way to jeopardise the construction of Europe, and plant the seeds of social devastation, populism and extremism, writes Elio Di Rupo.

Elio Di Rupo is the leader of the Belgian Socialist Party and the former Prime Minister of Belgium.

Last Sunday, Greek citizens voted en masse for Syriza. This is a cry of hope for a fairer society and a clear rejection of the austerity policy implemented by the European Union and supported by Antonis Samaras.

Whether the European right wants it or not, and despite all of its efforts against the left during the Greek electoral campaign, the victory of Alexis Tsipras’ party is a political event that everyone must respect, including those in Europe. It also sends a strong message to the European institutions: austerity policies are a social, economic, democratic and above all human failure.

Alexis Tsipras is the new Prime Minister of Greece. His colleagues at the European Council will have to both welcome and work with him; this is in the interest of Greek citizens as well as Europeans. The challenge now involves getting Greece back on its feet and keeping it in the Eurozone, rebuilding the trust of the Greek people and demonstrating that another Europe is possible.

A few months ago, I told the Belgian Parliament that if we helped Greece, it would be to see the country live rather than see it die. The solution required here may not be reminiscent of the bloodletting used during the Middle Ages as a way to cure illnesses. I have been saying this for years on behalf of my party: European solidarity may not be mean financial support contingent on the introduction of reforms that create more poverty and unemployment and rob an entire generation of a better future.

On Sunday, when Syriza secured its victory, representatives of the right thought it essential to point out that Greece would have to continue its reforms at all costs, even under Tsipras’ government. This indicates a deep contempt for democracy and the Greek people, who made a sovereign choice. It also illustrates a disregard for reality, as Greece’s social and economic situation is disastrous. The number of Greeks threatened by poverty has more than doubled in five years, rising from 20% in 2008 to over 44% in 2013. Responsibility shared, including by Europe.

Supporters of austerity are mistaken in their stubborn dedication to this ideology. They risk adding a democratic crisis on top of an economic and social crisis. Just think about all of the political crises that have mounted up over the past few years, in addition to the financial crisis. We must not run the risk of losing all support for the European project. Europe must be built with the people rather than against them. The people of Europe need a more united, more social, more democratic and more environmentally friendly Europe to be able to build a better future.

Europe’s citizens ask that the European Union protect and support them. Imposing reforms that are sometimes considered humiliating is the best way to jeopardise the construction of Europe and plant the seeds of social devastation, populism and extremism. Remember that in addition to Syriza’s victory and New Democracy’s failure, a neo-Nazi party came third in the election.

Alexis Tsipras’ victory has aroused the hopes of immense numbers of people. However, Greece’s new Prime Minister cannot single-handedly reverse Europe’s neoliberal failure. Everyone who welcomes his victory must help. Every contribution to a new, fairer and more united Europe is welcome.

As the natural representative of the working classes, the Party of European Socialists, and the European left in general, must further promote this message of hope and recovery, which must apply to all countries in Europe.

At the European Council, I was able to gauge the ideological imprisonment suffered by Europe and could see how every attempt to shore up the European social model is thwarted.

The same words are always used: ‘reforms’, ‘liberalisation’, and so on. Talking about the social consequences of the crisis, the social partners and social protection, for example, is considered by some to be a provocation. However, the real issue here is knowing how to protect and strengthen worker and consumer rights, rather than reducing or abolishing them. The real issue is not finding out how to get rid of essential public services but rather how to promote public investment to save schools, hospitals and accessible transport. The real issue is not limited to trust in the markets but also focuses on how to control finance to avoid further abuse. There is no miracle cure, and this also applies to austerity.

Jean-Claude Juncker had declared that he was leading the ‘last-chance Commission’. Many now see Alexis Tsipras’ victory as a sign of change. First and foremost, we all need to unite to show how another Europe is vital for all Europeans. Together with others in Europe, the Socialist Party will continue the mobilization and to fight for a fairer, more democratic, more environmentally friendly and more united Union.