How sport can end discrimination against Europeans with intellectual disabilities 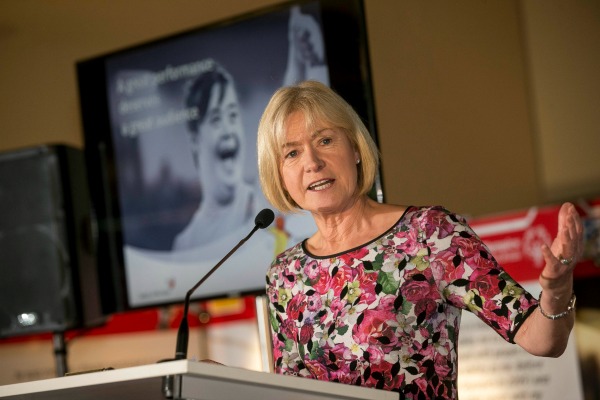 Special Olympics is not just about sport, but also about overturning stigma and prejudice, says Mary Davis.

The thrill and excitement of sport is unique and it should be available to everyone. Serving almost 600,000 athletes in the Europe Eurasia region and 4.3 million globally, in Special Olympics we promote sport as a vehicle for ending discrimination and the stigmatization of people with intellectual disabilities – of which there are more than 200 million people in the world. A majority face a life of prejudice and discrimination, loneliness and limitation. Our number one challenge in Special Olympics as a global Movement is to end that.

In Europe and the rest of the world, people with intellectual disabilities are still largely excluded from mainstream discussions about sport and the broad scale political and social discussions around health. Even in the wake of the Olympics and the Paralympics, where there is increased attention on the day-to-day importance of sport as a way of life, we still feel there is a challenge for athletes with learning difficulties to be included. You can go to sports clubs around the world and find programmes for children, adults and women – but not for people with intellectual disabilities, still to this day.

The way in which we create the sporting activities is one whole strand; the way in which we communicate and engage the public and the community in owning that relationship and owning that idea, leads us into the world of social, community and political change. People say sport is good for health; for confidence; for teamwork – this is all true. But we have a slightly sharper edge.

We are confronting a massive social problem. It’s not just about teamwork and confidence. That’s nice and it’s good. But this is about the world’s oldest prejudice – against people who have a greater challenge learning and participating. For our mission to succeed in Europe we need to reach out to people with intellectual disabilities and their families and welcome them onto the field of sport but secondly, we must be able to communicate the message of their abilities as a way of overturning stigma and prejudice.

Through sport, our athletes experience equality, freedom and a dignifying means for empowerment. We receive vital support from the European Union to help us fulfil our mission so we are very much looking forward to being significantly involved and supporting the Commission’s EU wide European Week of Sport in September 2015.

We commend the Commission on this initiative particularly on the idea of focusing on a different theme daily. This allows for depth and focused discussions. The proposed theme of ‘Sport and Inclusion’ will be very much the focus for us in Special Olympics and we look forward to supporting it significantly. We also welcome the energetic focus of the Italian Presidency towards sport and its attention to dealing with discrimination in sport.

Special Olympics inspires people in Europe and across the world to think beyond the normal bounds of possibility. With each athlete’s experience, there comes a lasting legacy of attitudes changed and an ability to welcome and accept that which is different. The power of sport is the vehicle that changes the lives of our athletes over and over again.